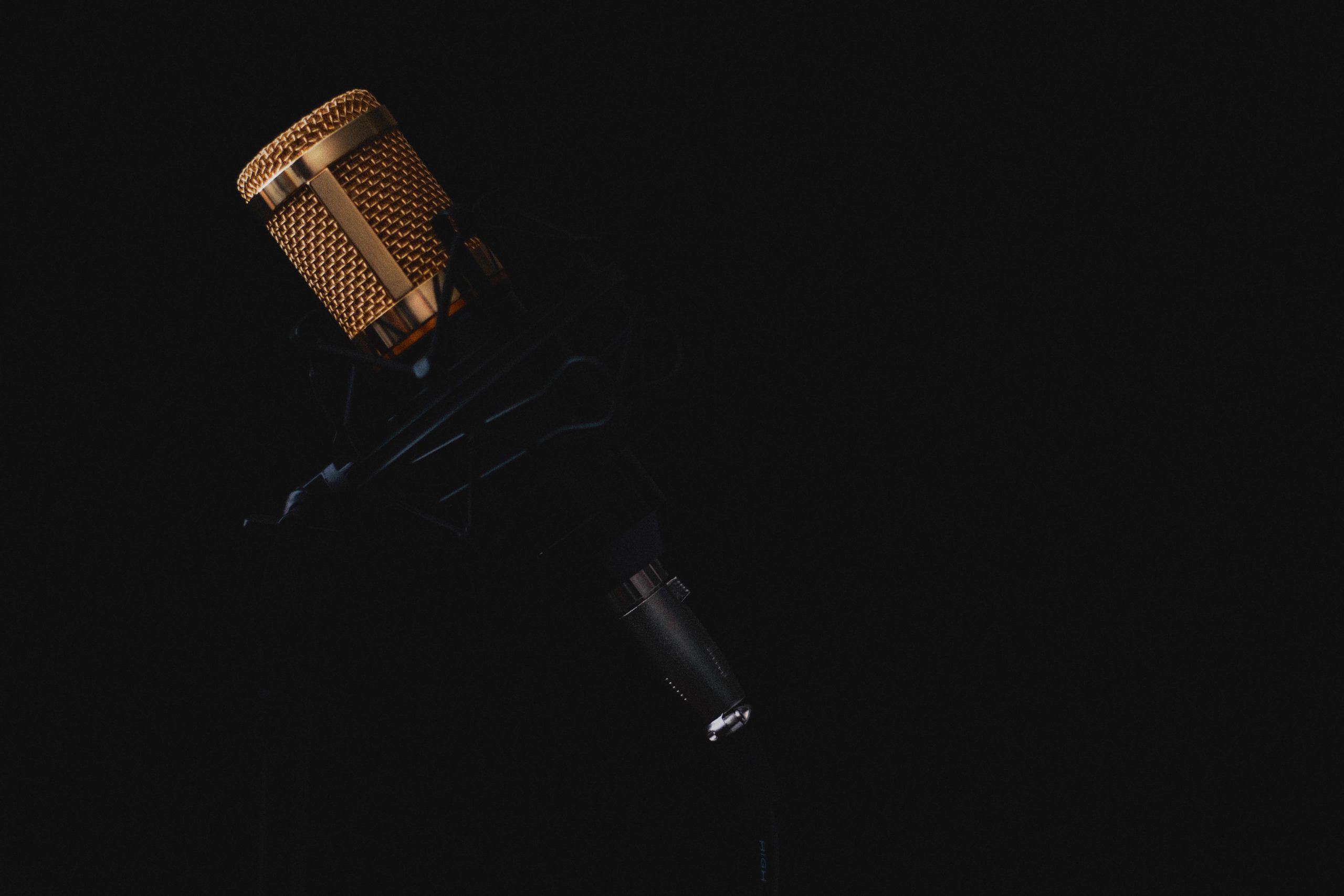 This morning, Mossad chief Yossi Cohen gave today an unusual speech, the first one of this kind ever given by an acting chief, a speech which reveals a bit of the organization’s activity and his views. I bring here a translation of a few paragraphs that seemed important to me. Sorry for the length of the thread.

[On the role of the Mossad in identifying and promoting opportunities for peace] The purpose of the Mossad is to protect the State of Israel from the danger of war, but in my opinion it has a no less important role: It is our task to identify opportunities for peace. And furthermore, to initiate moves that could bring peace closer.
Peace is a supreme value, and we apply our principles of war – including daring, creativity and striving for engagement with the enemy – to the battle for peace as well. We have been doing so for very many years.

Only recently, the establishment of formal diplomatic relations with the Arab sultanate of Oman was announced, as well as the opening of an Israeli Foreign Ministry legation there. This happened after a prolonged covert effort on the part of the Mossad.

In order to bolster our capabilities in this important task – identifying opportunities for peace and using diplomatic influence as leverage – we set up a directorate to focus on the diplomatic-strategic sphere. This body’s purpose is to promote this goal using all of the large variety of means at the disposal of the Mossad, and outside of it.
Today, I discern a rare opportunity, perhaps the first in Middle Eastern history, to arrive as a regional understanding that will lead to a comprehensive peace agreement.

[On the raid in Tehran and the theft of the Iranian nuclear archive] Toward midnight on January 31 2018, the operation was at its height. We in the Mossad command room had gone without sleep for several nights. At this particularly tense moment, we were informed that in the safes of the archive there were DVDs, as well as documents. Although bringing them to Israel would be a challenge in the operational situation that pertained, we ordered that they also be brought, and in them we discovered an additional treasure trove, including photographs of secret experiments. Altogether, we brought to Israel 55,000 pages of documents and some 55,000 files stored on those discs, files that contained documents, images and videos that all documented the big Iranian lie.

Make no mistakes: The target of the operation in Tehran was not only to obtain intelligence, or to make an impression on the world’s consciousness. It was a further layer in the battle the Mossad has been waging for two decades to hold up and eliminate the Iranian nuclear weapons project.
The situation in which there has been advanced development of a warhead for nuclear missiles, along with the potential for producing enriched uranium, is a strategic danger to Israel.
The operation enabled us to inform the inspectors of the International Atomic Energy Agency where the Iranians were hiding the nuclear materials and enable that group to destroy them.
Thanks to the raid in the heart of Iran we have succeeded in recent months to considerably increase the distance that must be covered before the Islamic bomb can be made.

—
[The latest terrorist attacks and tension in the Persian Gulf:] In recent weeks, there have been a number of attacks against oil tankers sailing in the Persian Gulf area, against Saudi aviation and oil facilities, and against the neighborhood of Baghdad where foreign embassies are located. The ships that were hit included vessels belonging to Norway, Japan and the United Arab emirates.
These attacks, despite the fact that they were levelled against different targets in different arenas, are part of a single campaign that is being waged by a single country.
The discussion over who is responsible for this offensive was necessary, but now that it is over I can tell you with certainty, based upon the best Israeli and Western intelligence sources, that Iran was behind these attacks. They were approved by the Iranian leadership, and executed – most of them at least – by the Iranian Islamic Revolutionary Guards Corps and its proxies.
By means of the attacks Iran is trying to tell the world that it does not fear an escalation and that if the sanctions against it are not removed or softened, it will cause grave damage to the world oil economy.
This is an unrestrained and irresponsible Iranian campaign that could spark a conflagration in a region that needs precisely the opposite of that.

[The exposure of terror cells of the Intelligence Ministry and the Revolutionary Guards] Iran’s Islamic Guards Corps and Ministry of Intelligence [MOIS] are responsible for a series of terrorist operations that have been exposed during the last three years.

Recently a widespread operation of the IRCG’s Quds Force was uncovered in the Central African Republic. A man controlled by the Quds Force, a high-ranking member of a militia called Seleka was arrested. Under interrogation he revealed that in the past three years, the IRCG had formed a clandestine military unit numbering some 300 men in Central Africa.

The Mossad and Israeli Military Intelligence have been deeply involved in assisting intelligence communities in all of the countries affected in uncovering Iranian plots and eliminating them before innocent people die. We are working shoulder to shoulder with intelligence agencies all over the world, quietly and keeping a low profile, in order to thwart future terrorist attacks. As the saying goes, “A word to the wise …”

[On Iran’s decision to accelerate uranium enrichment] The Iranian political leadership has since last February instructed the country’s uranium enrichment facilities to significantly step up production. Their goal is to restore Iran’s enrichment capability to the level where it was before the nuclear deal.

The State of Israel did not sign that agreement. We in the Mossad have only one pact—with the citizens of Israel, a pact by which we are committed to do all we can to ensure that Iran will never have nuclear weapons.

—
[Iranian support for Hamas, Hezbollah, and involvement in Syria] Israeli intelligence sources have told us that only in the last two years, Iran has transferred to Hamas and the Palestinian Islamic Jihad over one hundred million dollars, most of which by far has been spent on the building up the military power of those organizations
Over the last four years, Israel has taken a number of overt and covert measures, of which only a small part has been revealed, to stop and to wreck Iran’s steps to consolidate its hold on Syria and the infrastructure for the manufacture of accurate missiles there. Thanks to this determined activity, I believe that the Iranians will eventually reach the conclusion that it is simply not worth it.
The Mossad has discerned a changed tendency on the part of Iran and Hezbollah: They now are trying to transfer some of their bases to northern Syria; they mistakenly believe that we will have difficulty reaching them there. At the same time, they are setting up bases and factories for sophisticated weaponry in Iraq and Lebanon.

[On Hamas’ R&D efforts] Hamas is making an effort to develop and acquire new and advanced weapons, via a body known as “the construction department.” To evade Israeli action, this organization has established research and development centers in many places across the globe – in Asia and other remote locations.

It is the Mossad’s responsibility and chief mission to combat terrorism without compromises. We have shared in foiling terror attacks in many places in the world.

[On foiling ISIS attempt to take down a commercial plane in Australia] We can mention the attempt by ISIS to bring down a passenger aircraft in Australia. The plan was foiled on the basis of Israeli information and partnership with the security services there. Neither is the Mossad indifferent to the wave of anti-Semitism sweeping the world and we are acting to protect Jews And Israelis wherever they may be.
—
[On the search for MIA’s] …In recent years the Mossad has been making an effort to locate the grave of the Israeli intelligence operative Eli Cohen, “our man in Damascus”, who was executed in Syria in 1965, and to bring his remains home for burial in Israel.