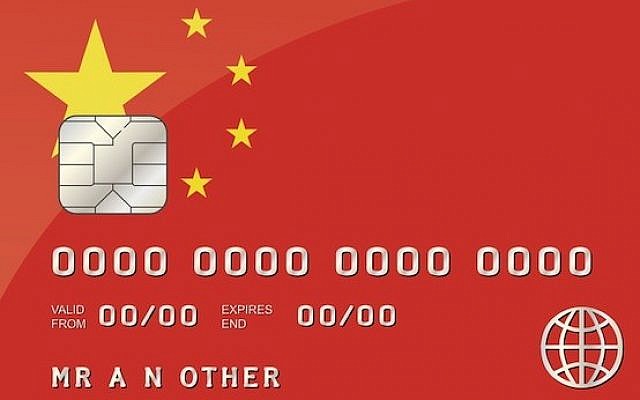 “Why did you bring me into the world to suffer?” Ren Chen, a 13-year-old boy from Hunan province, asked his mother after a decade of constant illness and two kidney surgeries. He is one of almost 300,000 children who fell ill after 22 companies, including state-owned dairy company Sanlu, laced their milk powder with melamine, a chemical used to make plastic.

Since then, Chinese children have been endangered by not one, not two, but three vaccine crises wherein eight infants died, two million improperly stored vaccines were illegally sold around the country, and at least 250,000 doses of substandard vaccineswere administered to children. The pharmacist who sold two million improperly stored vaccines, Pang Hongwei, earned an estimated $11 million through her illicit activities. This was the second vaccine scandal Hongwei orchestrated. She was simply transferred to a different city after being caught the first time, even securing a new job as a sales employee at a pharmaceutical company.

Many describe the initiative as a single system which tracks citizens’ and businesses’ behaviors, awarding points for good behavior, and deducting points for bad behavior. Like a frequent flyer account, those who have amassed a high number of points get to enjoy various perks which are off limits to low scores. However, this basic formulation is incorrect.

The SCS began as a simple imperative for Chinese financial modernization and has since grown to encompass both “marketized constraint and punishment” – in essence, a new system for maintaining social order. In recent years, it has become the preoccupation of many journalists worldwide. Some pundits have gone so far as to dub it a step into ‘Black Mirror;’ while parallels to Orwell’s ‘1984,’ have assumed ubiquity in global media outlets. While internationally maligned, a 2018 survey conducted by Genia Kostka from the Free University of Berlin, illuminates that many members of Chinese society welcome the initiative.

In reality, the SCS project is both so much more and so much less than these reports claim.

But just how does Beijing intend to implement this system?

In June 2014, the Chinese State Council articulated an official plan to transform the long-emerging system of credit data-based regulation into official government policy. The framework outlines a system of laws and regulations, providing standards of social credit for different proponents of Chinese society. The initiative aspires to elevate both “honest mentality and credit levels of the entire society.”

The Chinese government’s stated intention is for the system to encompass the entirety of Chinese society by 2020. However, the SCS is still far from being the comprehensive nationwide project that their 2014 policy outline makes it out to be. In its post-2014 pilot stage, it is more like multiple disconnected initiatives being operated by a number of diverse actors.

Still, the initiative is often mischaracterized as an all-encompassing state-backed plan. Yet, much of the social credit system operating in China until 2018 was an opt-in system managed by several private sector firms.

Take for instance Sesame Credit, Alibaba’s financial affiliate, and the most notorious of China’s SCS rating agencies: their system evaluated non-traditional measures of public behavior such as social media networking, online gaming patterns, and Alibaba purchasing habits. Each user’s data was aggregated into a 3-digit credit score, while low scores were overlooked and high scores afforded their beholders daily lifestyle perks such as deposit-free bike rentals and recommendations on dating websites.

Meanwhile, Rongcheng’s city-level pilot aims to promote virtuous behavior, awarding points for good behavior like helping elderly citizens, while deducting points for bad behavior like jaywalking. Merging the two scores would not create a useful indicator: a person who does exceptional volunteer work but never repays loans may have the same “overall” rating as a person who always repays debts but drinks heavily, so how can a bank make lending decisions based on a person’s “overall” score?

Approaching its impending deadline, the Chinese central government has been working to centralize and integrate the various regulatory projects grouped under the SCS umbrella. Since 2018, China’s Central Bank has been reigning in these private credit rating firms, requiring all collected data to go through a public body called Baihang Credit Scoring Company.

But what exactly does this mean for your business?

Companies will not be subject to additional bureaucratic hurdles if employees are chronic jaywalkers or video game addicts. Individuals may have trouble starting businesses if they have outstanding debts, and corporate leadership may be penalized as individuals for taking bribes or lying to regulators. But otherwise, there is little crossover between how companies and individuals are evaluated within the broader SCS framework.

Under the corporate-focused social credit system, every company – foreign or local – with a Chinese business license is required by law to have an 18-digit “unified social credit code.” This business ID number is associated with a record of the company’s “registration, administrative licenses, administrative penalties, ‘blacklists’, tax payments, social security payments, utility bills, and storage and logistics.” SCS synthesizes this information, generating a score represented by a letter grade. This system enables authorities to track commercial activities, which are then displayed on the National Enterprise Credit Information Publicity System (NECIPS) for inter-agency sharing.

Companies with good social credit will get better treatment than those with less than optimal scores. By paying taxes on time and complying with government requests, companies will enjoy less frequent inspections, shorter wait times for administrative procedures, better loan conditions, and easier access to public tender. Conversely, bad business practices, such as the provision of low quality or unsafe goods, will result in a negative social credit score. Companies in poor standing face fines, increased customs scrutiny, and greater restrictions on borrowing from agencies connected to the NECIPS.

For example, when examining the daily operations of import-export companies, the record reflects that those with a D-class score reached an average inspection rate of 92.52%, nearly 180 times that of comparable A-class enterprises.

Although the broader SCS is not officially intended for foreign application, the legal integration and centralization of the framework have allowed local authorities to apply it across far-reaching domains.

The international community has raised concerns surrounding the possibility that the Chinese Communist Party will utilize the SCS to strong-arm foreign entities into accepting political concessions. Yet this hypothesis neglects the fact that China already has extensive capacity to do so without the SCS.

For example, Chinese authorities would have pressured international airlines and Japanese retailers to adhere to the One China Policy with or without the SCS, as the policy is sacrosanct to China. In a similar vein, the Chinese government does not need the SCS to pressure the Swiss multinational bank UBS into putting an economist on leave for his “Chinese pigs” comment, instead using UBS’s ties with state-owned enterprises Haitong International Securities and China Railway Construction Corp as leverage. Despite the fact that China could have encouraged compliance in both cases without using the SCS, its clauses were still cited as legal justification for China’s argument.

Institutional and regulatory gaps have created serious societal problems ranging from food safety to vehicular homicide to financial under-coverage, and thus the SCS is not solely designed for Beijing to extend state oversight. However, while its explicit intention is not necessarily to be used as an extralegal tool for corporate control, the SCS creates heavier and longer-lasting consequences for companies violating Chinese laws and policies. As the SCS continues to evolve, companies would do well to keep abreast of its development if they wish to continue conducting successful business in the Chinese market.