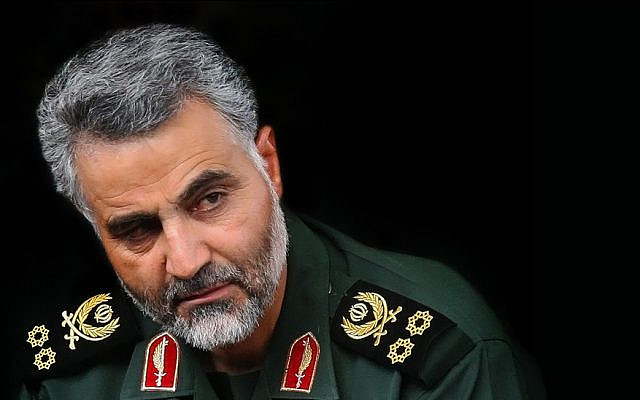 The assassination of Iran’s General Qassem Soleimani was a monumental event in the ongoing US-Iran rivalry, the consequences of which will resonate throughout the Middle East and beyond for some time to come. Israeli leadership has lauded the Trump administration’s actions, with PM Netanyahu recently telling the media that “Trump is worthy of full appreciation for acting with determination, strongly and swiftly.” But Israel’s second-largest trading partner, China, views this event in starkly different terms. In light of China’s expanding presence both in Israel and its backyard, Beijing’s response is important to examine.

At a press conference held shortly after the event, Chinese Foreign Ministry Spokesman Geng Shuang went beyond the usual calls for restraint singling out America and calling for all parties “to keep calm and exercise restraint and avoid a further escalation of tensions.” Chinese Foreign Minister Wang Yi reinforced China’s position in a call to his Iranian counterpart Mohammad Javad Zarif, complaining thatthe “dangerous US military operation violates the basic norms of international relations and will aggravate regional tensions and turbulence.”

The emphasis on norms reflects China’s stated opposition to the use of force in global politics and the Chinese preference for development-based solutions; The Chinese believe that creating economic opportunities for Iran and integrating the Islamic State into the global economy would incentivize it to become a deradicalized responsible stakeholder. Considering this orientation, it comes as little surprise that the Chinese take issue with what they perceive to be a reckless and impetuous political assassination.

Regardless of these differing worldviews, China sees Soleimani’s death as a threat to stability that will contribute to increased volatility in the Middle East. Such uncertainty is troubling for Beijing because regional instability directly compromises China’s interests.

According to the American Enterprise Institute’s China Global Investment Tracker, China has poured over $123bn in investments and construction contracts into the Middle East within the framework of its Belt and Road Initiative (BRI). Iran’s ability to respond to the US strike by mobilizing its proxies in Syria, Yemen, Iraq, and Lebanon creates a hostile environment, hindering China’s efforts to construct a land-bridge across the Middle East and on to Europe.

Another of China’s concerns relates to securing energy to fuel its growth. Disrupting shipping lines in the Strait of Hormuz, a strategy Iran has pursued many times in the past, poses a significant danger to China’s energy security – since Saudi Arabia, Iraq, Oman, and Kuwait combined account for almost 40% of China’s oil imports. Exports from these nations would be simply imperiled by any further regional instability.

Anything inhibiting the Gulf states’ ability to move energy to market hurts China’s economy, which consequently, undermines the performance legitimacy of the Chinese Communist Party.

Beyond energy and economic interests, escalation to a full-blown confrontation between America and Iran would impede the international community’s effort to resolve the many conflicts in the Middle East. The resulting power vacuum that would be filled by Islamic terror organizations is especially concerning for Beijing. This is of particular significance because of fears that new hot spots might attract Uygur militants from China’s northwestern province of Xinjiang, who are currently active both in Syriaand Afghanistan.

Some Chinese pundits, like Yun Sun, Director of the China Program at the Stimson Center, point to a paradox in China’s calculations regarding the America-Iran feud. Namely, that while China wishes for a stable region with regards to the abovementioned interests, it would also benefit from having the US sucked “back into a quagmire in the Middle East.” China perceives benefit to its own security interests because empowering Iran serves as a distraction and prevents a US-aligned coalition from dominating a vital strategic region.

According to Wang Jisi, Dean of the Beijing University School of International Studies, “It is beneficial for [China’s] external environment to have the US militarily and diplomatically deeply sunk in the Middle East to the extent that it can hardly extricate itself.” Renmin University professor Shi Yinhong concurs with this assessment, stating that “Washington’s deeper involvement in the Middle East is favorable to Beijing, reducing Washington’s ability to place focused attention and pressure on China.”

Despite these sentiments, China’s ability and interests in supporting Iran remain constrained. Emboldening Iran may increase America’s hostility towards Beijing. Expansive sanctions that might result from such actions are something China wishes to avoid.

But this has not prevented the Chinese from taking the opportunity to discredit America.

Chinese state media outlets such as Xinhua, China Daily, and People’s Daily, framed the killing in ways that drive home the idea that China plays a stabilizing role in the Middle East, while the US remains a destabilizing force. “The responsibility of a great power is not its own national priorities, nor is it militarisation, but to take practical actions to safeguard international fairness and justice,” said an online People’s Daily commentary.

In her piece in the South China Morning Post, Ann Lee went as far as to suggest that the elimination of Soleimani was part of a US-backed plan designed to provoke China into war. While perhaps far fetched, Ms. Lee’s sentiments are reflective of the immense strategic suspicion that persists between Washington and Beijing.

In the coming months, China will probably refrain from defending the specific actions of Iranian figures like Soleimani. Instead, Beijing will likely persist in advocating restraint on all sides. Chinese officials and state media will continue to maximize the negative publicity towards the US, highlighting that China’s non-interference policy is preferable to America’s disrespect for the sovereignty of other countries.