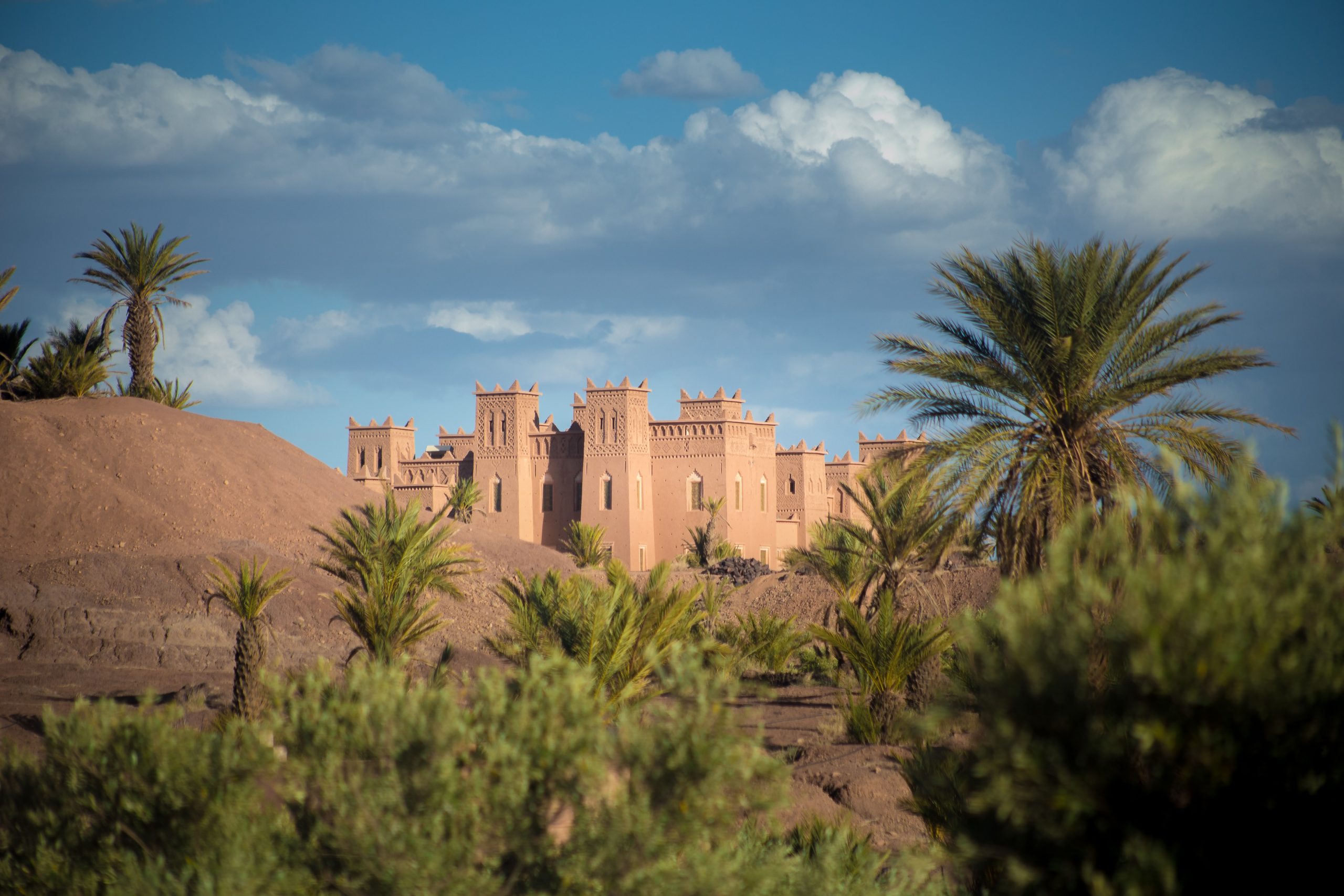 The 2011 “Arab Spring” ushered in a period of fanatical intolerance across the Middle East. Minority groups were persecuted as violent Islamist organizations spread terror from Egypt to Iraq.

But this outbreak of fanaticism and violence was nothing new. In fact, persecution of Middle Eastern minorities has been a defining feature of regional history for the past century. Consider the most obvious example: in 1948, shortly before the State of Israel declared independence, approximately 800,000 Jews lived in countries ruled by Arab Muslims. Today, almost all of those Jewish communities are gone. Jews were stripped of their citizenship, their property was stolen and, in some cases, Jewish communities were violently attacked.

There is, however, one notable exception to the intolerance that has dominated the region, the Kingdom of Morocco. To cite a few examples, during WWII, Morocco’s King Muhammad V protected his Jewish subjects from fascist persecution, while his grandson, King Muhammad VI, the country’s present ruler, has invested immense resources in restoring and protecting Jewish sites around the country. There is a Jewish museum in Casablanca ̶ the only Middle Eastern Jewish museum outside of Israel ̶ tens of thousands of Israeli Jews visit Morocco each year, and the kingdom is home to a Jewish community of 3,000 souls, a substantial number by contemporary Middle Eastern standards. What’s more, there is a Moroccan Muslim non-governmental organization, Mimouna Association, that was founded and run by Muslim volunteers and whose sole purpose is to educate Moroccans about the Jewish dimension of Moroccan identity. In fact, the country’s new, 2012 constitution officially enshrines the country’s “Hebrew heritage.”

There is still room for improvement, it should be noted, in Morocco’s treatment of minorities. There were attacks on Jews during the past half century, and there is a violent Jihadi element in the country. But the Moroccan government and mainstream Moroccan society pushed back against such attacks and effectively marginalized them. Relative to to the region, record has been exceptional.

So what makes Morocco different? One fundamental element is geography. Morocco is separated from Europe to the north by water, from the Middle East to the east by the Atlas Mountains, and from sub-Saharan Africa to the south by the desert. The result is that the relatively self-contained country can see and prepare for trends before they arrive. In addition, the ragged range of the Atlas Mountains creates different spaces for a variety of local cultures to arise and thrive.

Another fundamental element is the country’s political culture. For more than three-hundred years, since 1666, Morocco has been ruled by the relatively stable Alaouite dynasty (not to be confused with the Alawite dynasty in Syria). The kings of the dynasty are said to be direct descendants of the prophet Muhammad, a widely accepted belief in Morocco that immediately confers a degree of legitimacy upon the country’s rulers that other Middle Eastern leaders can only dream about.

And finally, consider the country’s history in the latter half of the 20th century. Thanks in part to its geography and the legitimacy of the monarchy, Morocco never went through an Arab nationalist or Islamist phase. There weren’t any revolutions or civil, sectarian wars. As a consequence, Morocco has been a relative island of stability among Muslim states in the volatile Middle East.

So put together the geography, the dynasty’s legitimacy, and the country’s recent stability and it’s not surprising that today Morocco is proudly proclaiming a national identity that is grounded in Arab and Islamic history but that also makes room for Jewish elements.

The main 20th century example of Moroccan tolerance was Muhammad V’s protection of the Jews during WWII. When the French assumed control of Morocco in 1912, approximately 250,000 Jews lived in the country. The French placed 16-year-old Muhammad on the throne in 1927 because they assumed that the young monarch could be easily controlled. Things didn’t turn out that way. After the Nazis conquered Paris in June, 1940, Morocco fell under the rule of the Fascist French Vichy regime, and following the Nazi example, the French soon sought to impose anti-Semitic legislation. Muhammad V, however, resisted, “There are no Jews in Morocco, only Moroccans. And all of them are my subjects.” According to one famous story, at a 1941 banquet celebrating his rise to power, Muhammad V purposefully sat Jewish dignitaries next to the French Vichy officials.

Muhammad V’s son, Hasan II, rose to power in 1961 and he ruled the country with an iron fist until 1999. However, Hasan’s severe rule didn’t prevent him from serving as a back channel of communication between Arab-ruled countries and Israel. During his time on the throne, Hasan allowed Moroccan Jews to peacefully depart for Israel and he established close ties with the Mossad, Israel’s spy agency. In fact, Hasan allowed the Mossad to spy on the Arab League’s 1965 meeting in Casablanca; the intelligence gathered from that meeting would prove helpful to Israel in the 1967 six-day war.

When Hasan’s son, Muhammad VI, assumed power in 1999, he quickly relaxed government’s grip on Moroccan society. In 2004 he organized the, “Equity and Reconciliation Commission,” an agency whose mandate was to investigate past government abuses of power. It was the first “Truth Commission” established in the Middle East. In 2011 Muhammad VI promulgated a new constitution that officially proclaimed the country’s intention, “to preserve, in its plentitude and its diversity, its one and indivisible national identity.” The constitution accordingly acknowledged “Hebraic… influences” on Moroccan national identity! Then, in 2016, Morocco produced the “Marrakech Declaration,” a government-backed document composed by the country’s leading religious scholars announcing the Kingdom’s intention to ground the rights of religious minorities in Islamic teachings. The declaration is without parallel in the Middle East.

The most remarkable example of the Moroccan embrace of Jewish culture is the non-governmental organization called Mimouna Association (AM). Founded in 2007 by Mr. Elmehdi Boudra, a Moroccan Muslim, AM took its name from a Moroccan Jewish holiday that is widely celebrated in Israel today. AM is active on four university campuses, offering Hebrew classes, promoting interfaith dialogue amongst students, and organizing an annual “Moroccan Jewish Day” featuring authentic kosher cuisine, music, and a mini-museum of Moroccan-Jewish artifacts. The members of AM are students and young professionals. All of them, however, are volunteers.

Mr. Boudra kindly agreed to be interviewed for this article.

SIGNAL: What is the source of Morocco’s culture of tolerance?

Mr. Boudra: There are two main reasons, historic and geographic. Historically, Moroccan sits at the crossroads of Europe and Africa, West and East. Since the 1990s Morocco has seen diversity not as a threat but as an opportunity. In the rest of the Middle East, diversity is seen as a threat. This is way for Morocco to distinguish itself – we don’t have a strong economy. These values can be shared with other countries.

As for geography, we are an African country. We are also Arab, and we are Amazigh. We are open to Europe. Now with social media, we’re becoming more open to English. Algeria, unlike Morocco, experienced the trauma of colonization. We had colonization for a shorter period, so we don’t hate everything French and Spanish.

SIGNAL: Why does Morocco see the Hebraic tradition as so integral to who you are?

My grandmother was a proud Muslim woman. She lived in a Jewish neighborhood. Her mom couldn’t feed, so a Jewish woman fed her. My grandmother helped with Jewish rituals, like cleaning for the spring Pesach festival.

There are also some traditions that we have in Morocco whose origin is Jewish.

In Moroccan weddings, we sing Moroccan Jewish songs. They’re sung by Muslims, but they were originally Jewish!

One of our main foods is Dafina (a slow-cooked stew), but people don’t know that it’s Jewish.

In some areas the market still closes on Saturday (the Jewish day of rest), because that’s where the Jews were.

The monarchy has protected the Jews for centuries, and today 50,000 Israeli Jews come visit the country each year.

SIGNAL: Why did you feel so personally motivated to do this? Why do you make this a priority?

Mr. Boudra: Because of my personal story, I have found a gap between the experience of my grandmother and what young Moroccan Jews were getting from the media. I was saving part of my identity. I’m Arab and Amazigh, but partly Jewish by culture. That’s what it means to be Moroccan. It’s me.

SIGNAL: How does AM’s work help the Moroccan people?

Mr. Boudra: It helps the Moroccans understand better the depth and richness of who they are. Identity causes problems, but we need to expand our understanding of identity, an opportunity, to bring the best from every part of your identity.

SIGNAL: Does your program have something to say to rest of the Arab world? Is there a lesson for other Arab/Muslim states that were also home to Jews?

Mr. Boudra: The Muslim world was rich and diverse when it was at the peak of the world. We didn’t see religion as an obstacle. We have become weak because we lost our diversity. Islam’s strength is in its diversity. We lost the Jews of the Middle East. Now the Christians are now leaving, all the minorities are leaving. Who is losing? The people who stayed.