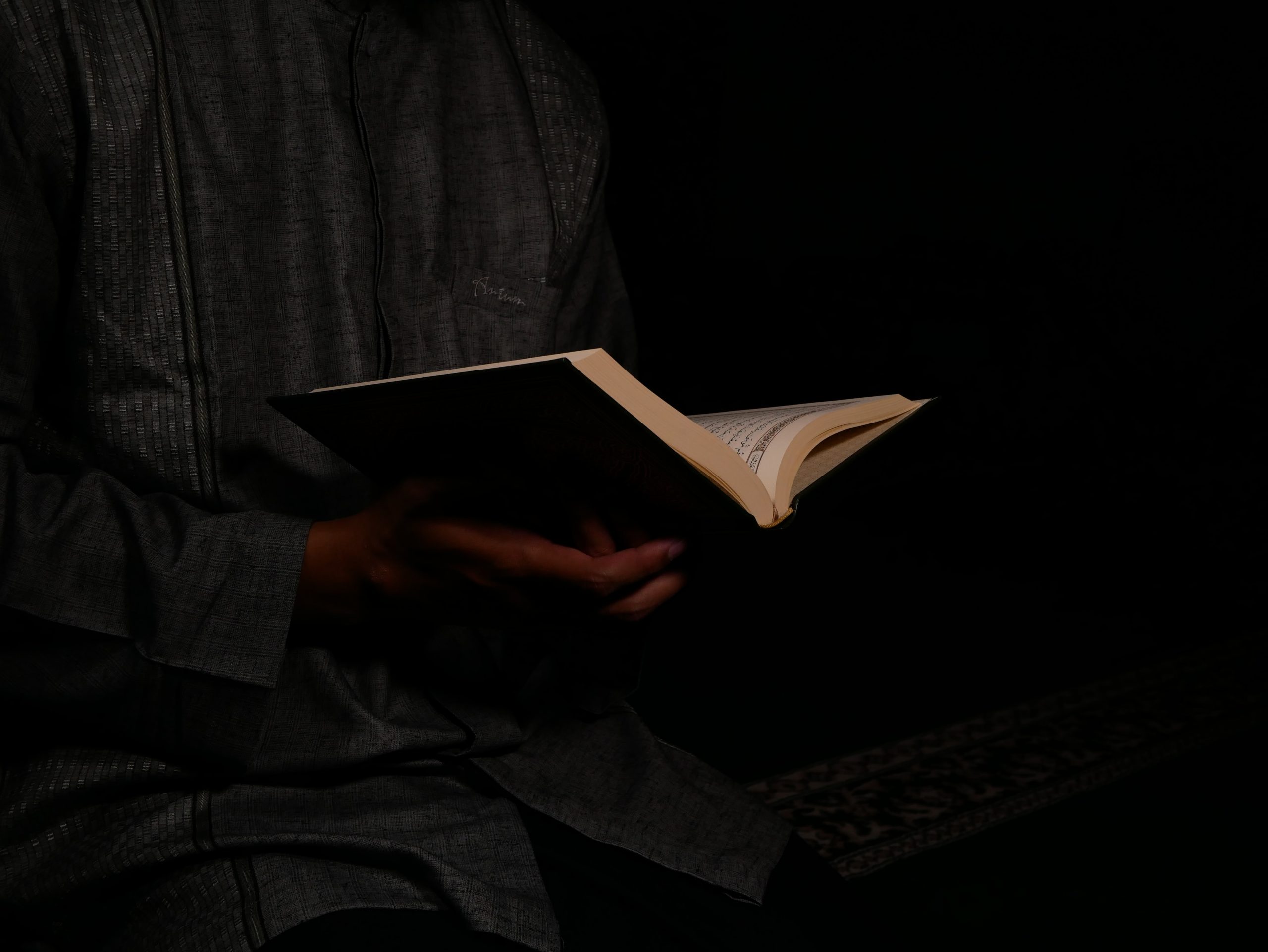 In the study of Israel’s Perspective on Xi Jinping Thought and its implications for the Middle East, SIGNAL’s board member, Prof. Ori Goldberg, of IDC Herzliya College in Israel, examines Political Islam and its impact on global governance.

The withdrawal of the United States from the JCPOA, the so-called nuclear agreement with Iran, has directed attention to a struggle taking place within the Islamic Republic of Iran. This is, in fact, a struggle taking place within political Islam. The developments in Iran and across political Islam all over the world represent an opportunity for a profound change in world governance. Conventional wisdom on the subject is faltering. The world grows more divided and aggressive. This aggression is significantly routed in fear, and one of the most frightening forces on the global stage today is political Islam. Applying some basic concepts from Xi Jinping Thought, most prominently the dialectical drive of a principal contradiction, I would like to consider the challenges and opportunities offered by engagement with political Islam.

This term, “political Islam”, is not easy to define. I use it broadly, referring to all movements and political parties that consider Islam to be a foundation (not necessarily “the” foundation, but certainly a significant one) of their political views and practices. The Islamic Republic of Iran is the most sophisticated and complex example of political Islam. It is the only state in the Muslim world that is directly controlled by members of the clergy. While there are differences between Shi’i Iran and the Sunni Muslim world, I suggest that developments in Iran reflect a discernible difference between two global strands of political Islam.

The first strand is one that wants confrontation. In Iran, this approach is represented by the Revolutionary Guards. According to this approach, Iran is not a regular country. It has an ideological mission, to develop its uniqueness and lead the fight against the current and corrupt world order. Iran thus needs to invest significant funds in making its message and practices sharper and more effective. If the world, or the Trump administration, reject Iran’s attempts at cooperation, then Iran has no choice but to resume its abandoned military nuclear program. According to this approach, if Iranians are true believers then they must escalate conflict with the world. There can be no coexistence. If the Islamic Republic of Iran is a justified by God, it must always seek to be right when the world is wrong. Being right is worth many sacrifices, including the deteriorating quality of life for many Iranian citizens should Iran be forced to live under massive economic sanctions. This political Islam sees the strength of Muslim politics in the constant development of a truth that is greater than the practical circumstances of ordinary people.

The second strand is the one that prefers stability. This approach is represented by Iranian president, Hassan Rouhani. According to him and his supporters, the greatest achievements of the Islamic revolution will be lost if the Islamic Republic of Iran remains committed to escalation. These achievements can only be preserved if Iran strives to give its citizens a better life. While developing Iran’s reach and increasing its ideological commitment are important causes, Rouhani believes that Iran’s leadership must invest its efforts in reacquiring the commitment of Iran’s citizens. His political Islam does not separate a good life from a Muslim life. Both elements require each other in order to prosper and succeed. Iran should try as hard as it can to maintain the order established by the JCPOA to avoid renewed sanctions and isolation. For Rouhani and his supporters this is not a compromise, but an understanding of religious responsibility. Their formulation of political Islam can comprehend an extremist approach that is focused on being right at any cost. But this approach, if permissible, expires very quickly. Political Islam according to Rouhani is committed to stability before anything else. This stability is dynamic, requiring cooperation and conversation. More than anything, Rouhani’s Iran does not want to be left out.

This struggle within Iran reflects a principal contradiction that is, as suggested before, relevant to political Islam all over the world. A powerful minority, capable of causing much harm to Muslims and Non-Muslims, understands its Muslim identity as dependent on confrontation. The Islam promoted by this minority claims to be true because it is eternal and unchanging. Right is always right and wrong is always wrong. There is no room for engagement between them. The relationship between right and wrong is, ultimately, a zero-sum game. Right can win only if wrong loses. There are different degrees to the potential conflict between right and wrong. Iranian conservatives are different from ISIS. Still, this strand of political Islam considers itself to be under constant attack and must thus constantly fight back.

A relatively quiet majority within the Muslim world has a very different view of political Islam. For this strand, Islam strives to be solution rather than a bone of contention. This political Islam sees no separation between a prosperous life and a life of virtue. In fact, both elements reinforce each other and create a single whole. This worldview encourages engagement between the adherents of this political Islam and Non-Muslims. This is not a liberal engagement that encourages everyone and anyone to pursue their own agendas. This is an interest-based engagement. The political Islam that seeks stability cannot succeed if it remains willfully isolated. Supporters of this political Islam must be in constant contact with their environment. If it is a Non-Muslim environment, they must fit in if they want to lead a good, Muslim life. This does not mean that Muslims must become wholly assimilated into a Non-Muslim society. Constant engagement, based on a recognition of legitimate differences, is the most effective way to pursue a good, Muslim life.

This principal contradiction at the heart of political Islam presents both challenge and opportunity. The challenge is starting a meaningful conversation with the moderate minority. This is a difficult task. The aggressive minority commands all of the world’s attention. The minority represents a lethal threat to security and public order. The world needs to capture and neutralize these threats. Nonetheless, it is essential to recognize and perhaps well understood by some that the extreme nature of this minority silences the moderate majority. Members of this majority do not express their need for engagement and their desire for stability because they are afraid they will be identified with the extreme minority. When everything Muslim is suspicious, the moderates keep a low profile. A world that wishes to engage the majority of political Islam must divide its efforts between counter-terrorism and a meaningful conversation.

The opportunity is related to the challenge. If the majority of political Islam is engaged in conversation by Non-Muslim societies, from the international level to the level of local politics , there is good reason to believe that they will be willing partners in the creation of sustainable political order in both Muslim and Non-Muslim states all over the world. If members of this majority realize that they are accepted as Muslims, that they are not automatically identified as potential terrorists and that they are allowed to remain Muslim, they may voluntarily accept the political conventions of the society in which they live, from Europe to Asia and the United States. If these moderate Muslims can live a good life within a Non-Muslim political order, these Muslims may appreciate the opportunity to do so and reciprocate with a rejection of extremism and hostility.

This state of affairs carries tremendous potential for China and its contact with political Islam, both inside the PRC and in the growing domains of the BRI. Western fears of Islam are deep, related to a thousand years of enmity and centuries of suspicion. Because of these fears, the West finds it easy to ignore the moderate, stability-seeking majority. China does not share the fears of the West. Additionally, China is uniquely capable of appreciating the great contradiction that shapes political Islam today. Engaging the moderate majority of political Islam could prove crucial in a true, authentic rejection of the radical Islamist cause.

A concluding analogy may assist in clarifying the distinction between the options at hand. Obesity is a major public health problem. A government can fight obesity by building clinics with the best equipment for obesity-related diseases in adults, from heart attacks to Diabetes. A government can also educate young children against obesity from an early age, beginning in nursery and elementary schools. Which strategy would be more effective in the long term against obesity?