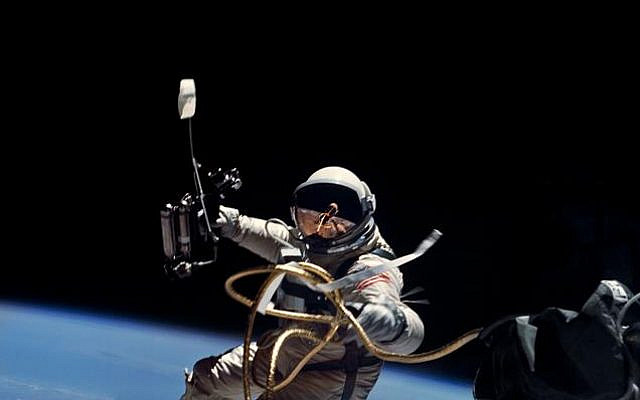 Everything Over the Heavens: A new arena for confrontation and cooperation

There is an ancient Chinese idea that “under heaven’s canopy there is nowhere that is not the king’s land,” this is the concept of Tian Xia. China of the 21st Century has pushed its ambitions further than anything the ancient thinkers could have imagined. Since launching its first unmanned spacecraft in 1999, China has released itself from terrestrial constraints and propelled itself far above heaven’s canopy. The Chinese space program soared into the new millennium, as China became the third country to independently send humans into space in 2003. It has since expanded its space capabilities, launching a variety of prototype space-stations (Tiangong-1 and Tiangong-2), as well as a cargo ship (Tianzhou), capable of refueling other spacecraft. 2018 saw China fire more rockets into space than any other nation in the world. A year later, China made history with Chang’e 4 – successfully landing the first rover on the dark side of the Moon. China has become one of the very few powers that have any sort of mastery over Earth’s immediate cosmos.

But what are China’s space ambitions? And how might they shape the current geopolitical landscape?

China’s leadership views its space program as a vital component of the national rejuvenation of the Chinese people. By 2021, China aspires to become a “moderately prosperous society,” and by 2049, a “fully developed, rich and powerful” nation. Addressing the taikonauts aboard the Tiangong-1 in 2013, Xi Jinping stated that “The space dream is part of the dream to make China stronger.” For President Xi, China’s space program serves as a vehicle to enhance China’s indigenous innovation capabilities in fields like robotics, AI, and aviation.

The Beidou 2 navigation system, which rivals America’s GPS, is one such local technology that China is developing with the aim of providing global coverage by 2020. China also has plans to develop space-based solar power plants. By 2025, China wants to launch the first 100kw solar power station in low-Earth orbit, and by 2050, establish the first-ever fully operational large scale power plant to beam electricity back to Earth. In 2019 China announced, following the success of the Tiangong-1 and Tiangong-2 missions, that it would begin the construction of a permanent, manned space station.

Unlike NASA and other space agencies, whose stated missions are to conduct space exploration for the advancement of science, China’s space program is centered around economic gains and supporting development goals. As Dr. Namrata Goswami writes in the Strategic Studies Quarterly, China “is less concerned with ‘securing the high ground’ for espionage and nuclear deterrence and more for access to the vast material and energy resources of the inner solar system.” A small asteroid of (approximately 200 meters in length) that is rich in platinum is estimated to be worth $30 billion.

The Chang’e 4 mission is only part of a series of missions that serve to establish a permanent base on the Moon. Such a base will allow China to mine its surface for precious minerals such as Helium-3, gold, platinum, rare Earth metals, and water. If China develops a base with industrial capacity on the Moon using resources available on its surface, it would significantly lower the costs of space travel – reducing the amount of energy needed to launch a spacecraft by 20 fold. The Moon base would thus serve as both a prototype and a launch pad for further human space travel. Back in 2002, Ouyang Ziyuan, the chief scientist of China’s Moon exploration program stated; “The Moon could serve as a new and tremendous supplier of energy and resources for human beings. . . . This is crucial to sustainable development of human beings on Earth. . . . Whoever first conquers the Moon will benefit first.”

While China’s rapid advances in space exploration in many ways serve the betterment of humanity, providing the world with energy and resources for centuries to come, they have not been received well by the US. That the Chinese government has openly stated that it views space policy as a tool for strengthening its “comprehensive national power” or zonghe guojia liliang (综合国家力量), has not helped allay US fears. The dual use nature of space technology only further heightens the prospects for geopolitical tensions to emerge. Rockets that transport satellites into space can also carry warheads. Environmental monitoring satellites closely resemble military reconnaissance satellites, and satellites that provide access to WiFi can also be utilized to send secret messages. As Michael Raska, assistant professor at the S Rajaratnam School of International Studies of Nanyang Technological University, told the South China morning post; “In modern warfare, space capability can help attain a geopolitical edge, military competitiveness and technological development.”

In 2001, any illusion among American decision-makers that Space would remain a peaceful realm seemed to be shattered by the Report of the Commission to Assess United States National Security Space Management and Organization. Despite the mouthful of a name, it provided a clear and succinct warning of potential threats to vital American assets in Space and demanded that “US national security space interests be recognized as a top national security priority.” Although there were no weapons in space, floating around in the darkness were vital satellites for American (and its allies’) defense programs, watching silently for threats and facilitating communication for the sprawling network of American military assets. Suddenly outer space became a military priority for the world’s superpower and therefore opened the floodgates for a militarized space.

In 2007, China was criticized by the US, Japan, Britain, and Australia for an anti-satellite missile test that was viewed as a step towards militarizing space. Later in 2011, the US barred NASA from bilateral cooperation with the Chinese due to suspicions that China was engaging in technology theft. The Chang’e 4 mission was the first time since 2011 that America allowed NASA to cooperate with China on space exploration. However, this has not translated into any long term cooperation plan. Rather, to the contrary, In a recent interview with Nikkei Asian Review, NASA’s Administrator Jim Bridenstine said “China’s activities are in many ways aggressive in space.” From the Chinese perspective, the US have long used space for military purposes. The announcement to establish a space force to protect US interests in Earth’s orbit and beyond serves as a prime example.

Space exploration is not only a vehicle for flexing military muscles, but is also essential for the advancement of mankind. It was in that vein that the global community came together to establish the 1967 Outer Space Treaty (OST) to aid in governing space affairs. The OST states the following: “the exploration and use of outer space shall be carried out for the benefit and in the interests of all countries and shall be the province of all mankind; outer space shall be free for exploration and use by all States; outer space is not subject to national appropriation by claim of sovereignty, by means of use or occupation, or by any other means.” However, the OST is overly vague and was not designed with the commercialization of space in mind. Many believe that to continue maintaining a peaceful space environment requires global leaders to implement new regulations for space activities. Essentially, to be effective in today’s context, the OST requires a serious upgrade.

While space exploration may afford nations with opportunities to discover important resources vital for a planet exhausted by human consumption, it also provides an opportunity for cooperation among nations.

While American politicians are fretting over Chinese technological development, their European allies in the European Space Agency (ESA) are already trying to create a beneficial relationship with their Chinese counterparts. A joint ESA-China mission to study the effects of the Sun on the Earth’s environment flew between 2003 and 2008, and due to its resounding success was extended twice by both agencies. The accomplishments of the joint mission encouraged both space agencies to collaborate once again in March 2019 the ESA green-lighted the SMILE mission. This joint Sino-European mission, launching at the height of American-Chinese tensions, will revolutionize scientists’ understanding of the magnetosphere. While the Double Star mission started out as a Chinese mission, with the Europeans joining later, the SMILE mission will be a team effort from the start. There have even been exchanges of European astronauts and taikonauts for training purposes between the two agencies.

The Chang’e 4 mission also embraced cooperation and was equipped with scientific instruments from the Netherlands, Germany, Sweden, and other countries. This is in line with China’s space whitepapers, which advocate for cooperation between nations in space exploration. China has also provided low-cost satellite technology to Brazil, Nigeria, and Pakistan, and has offered many others, finance, as well as technology to launch their own.

The interaction of scientists and astronauts breaks down cultural and social barriers that might otherwise lead to fear and suspicion. Furthermore, as German astronaut Matthias Maurer explained “Once we look beyond Earth orbit to the Moon or Mars, we need all the partners we can find on this planet because it gets more difficult, more expensive and we need the best technology,” from a purely practical position, collaboration will only provide more benefits than cons in the extended future. Former Chief of America’s space agency, Charles F. Bolden agrees. In early 2019, he called on Congress to lift the ban on working with Chinese space agencies. He believes that the prohibitions outlined in the 2011 Amendment pose a “significant legal constraint” and “hindrance.” He believes that it should be adapted to allow more flexibility or be canceled entirely. Bolden draws attention to the success of space cooperation between NASA and Roscosmos (Russia’s space agency), who have managed to transcend geopolitical tensions on Earth to develop a flourishing space partnership. However, against the backdrop of the current Sino-US rivalry, his passionate argument may well fall on deaf ears.

As the US and China grapple to reach some modus vivendi, tensions are likely to continue affecting all realms of competition, including space. New regulations that accommodate for advances in space exploration are required in order to maintain peace in our solar system and beyond. The late Jon Young, who commanded the apollo space mission, the 9th person to walk on the Moon once said: “NASA is not about the ‘Adventure of Human Space Exploration,’ we are in the deadly serious business of saving the species. All Human Exploration’s bottom line is about preserving our species over the long haul.” When framed in such existential terms, the need to cooperate in space seems to trump geostrategic logic.