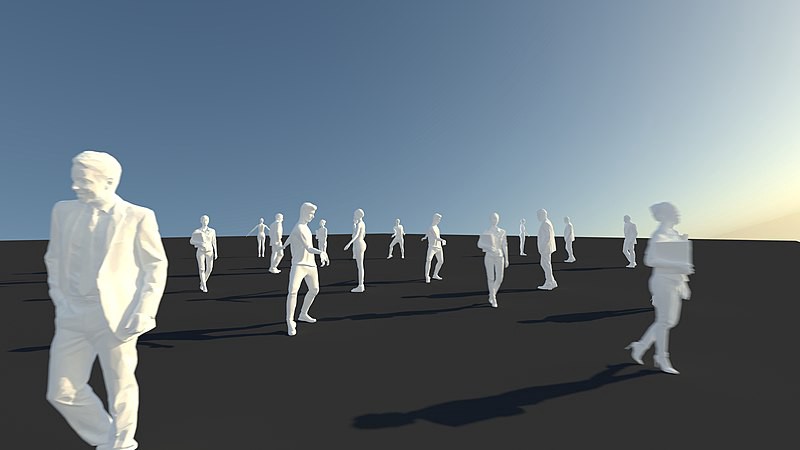 Coronavirus and the Paradox of Social Distancing

Until the emergence of the COVID-19 pandemic, the idea of “social distancing” likely never crossed your mind. But today, from Singapore to the UK, it has become part of everyday vernacular. Here in Israel, people have been encouraged by the government to keep their distance from others, avoid public gatherings and, if possible, work from home. The logic: if people are less mobile and limit interaction, the contagion has fewer opportunities to spread. The slower it spreads, the less likely it is to overwhelm the healthcare system. However, as more and more people practice self-quarantine and social distancing, another public health threat is poised to emerge: loneliness.

While scientists are scrambling to understand how the coronavirus works, psychologists and other medical professionals have long understood the toll that loneliness and isolation take on both body and mind. People that feel disconnected are more likely to develop depression, experience sleep problems and abuse substances. Loneliness has also been identified as a risk factor for physical ailments such as diabetes, autoimmune disorders, lupus, cardiovascular disease and even cancer. That depression and anxiety alone cost the global economy an estimated $1trillion annually, lends perspective to the magnitude of the problem. Loneliness is a major contributor to the overall global burden of disease, comparable in scale to obesity and smoking.

This should come as no surprise. After all, human beings are social creatures. We are hardwired to connect with others because our survival as a species depends on it. But herein lies the problem. While isolation is the correct response to the COVID-19 outbreak, the exact opposite response is required to prevent a loneliness epidemic.

Further compounding the challenge is the fact that increased feelings of isolation typically lead people to be less inclined to adopt measures to protect themselves and others against disease. A study conducted by André Hajek and Hans-Helmut König at the University Medical Center Hamburg-Eppendorf, revealed that people who feel heightened loneliness are less likely to vaccinate against the flu. Other researchconducted by scholars in Taiwan, demonstrated that increased social cohesion was strongly associated with increased hand washing and intention to get vaccinated.

The elderly are particularly vulnerable, not only to the risk of dying from the coronavirus but also to the precautionary measures being implemented in the wake of the outbreak. In a recent Time survey of 2000 Americans aged 50 to 80, more than a third reported they felt a lack of companionship, and 27% reported feeling isolated. The majority of those who reported a lack of companionship also reported feeling isolated and vice versa.

As governments around the world scramble to subdue the contagion, the bandwidth required to implement additional measures to enhance social cohesion is in short supply. People will therefore need to take matters into their own hands.

In such troubled times, it is imperative that people support one another and show compassion to those who need it most. This is a collective experience that’s anxiety provoking for everyone. Fortunately, with today’s technology, positive social support — which has been shown to bolster people’s resilience for coping with stress — is not impossible.

Many people across the globe have already adopted creative means to stay connected. According to one BBC article, many people in Hubei province, where the disease originated, have been streaming gym workouts, while others have launched online book clubs. DJs and nightclubs have even coined a new term, “cloud clubbing,” where people can watch live DJ sets and exchange live messages to simulate the feeling of being in a club. In Italy, videos of people gathering on their balconies and singing together have gone viral.

Such behavior lends hope and provides inspiration for others to engage in creative social engagement, which could very well prevent the emergence of a loneliness pandemic.

As people navigate this new, frightening reality, they would benefit greatly from speaking to their neighbors on the opposite balcony, joining an online program, checking in with their friends and family regularly through text messaging and video chat and, whenever possible, lending a hand to people who may be more vulnerable than they are.

It’s not clear how long this will all last. What’s certain, however, is that the consequences of the pandemic will resonate long after it’s gone, and life as we know it may fundamentally change. All we can do for now is prepare ourselves psychologically for what’s to come. If we are innovative enough, perhaps we can come out of this feeling even more connected than before.

This article was originally published in the Jewish Journal https://jewishjournal.com/commentary/opinion/312395/paradox-of-social-distancing/

PrevPreviousThe impact of the coronavirus in China: Implications for Israel
NextComprehending China’s media: the case of Itzik HaSiniNext