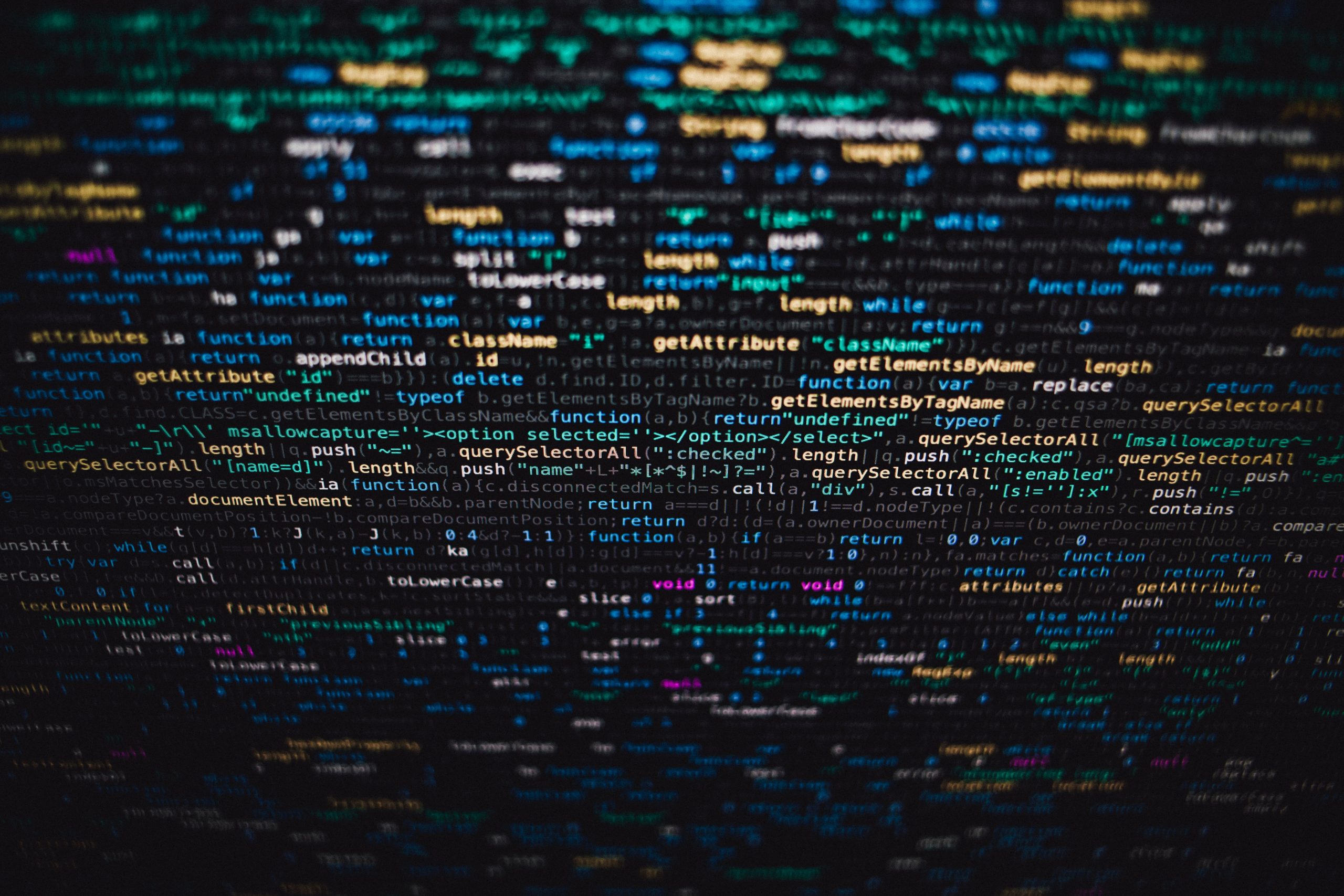 Israel has become synonymous with technological and scientific innovation. This is the result of an effective public-private collaboration during Israel’s almost 7 decade modern history.

The philosophies of its founding fathers, pragmatic policies of consecutive governments, and diverse thinking of generations of high-tech visionaries have been central to shaping the Innovation Nation. As a direct result of the synergy between policies, strategic thinking and action orientation, the Jewish State has championed its vision of national sustainability through R&D and the application of innovation technology.

As the previous chapters of the ‘Israeli Innovation Series’ in this SIGNAL Note have illustrated, the combination of broad government support for science and math at the university level along with a multi-cultural population eager to protect their homeland, have formed a dynamic high-tech ecosystem. Dubbed Silicon Wadi, the Hebrew term for small valley, the nucleus of scientific R&D has formed an essential element of the Israeli economy indispensable to the Nations growth.1 2017 saw many Israeli Startups achieve excellence, either through IPO’s or significant international acquisitions- generating global media attention, tax revenues for the state, and further commitment to ensuring the Holy Land remains an easily accessible tech hub for the international market.

In this, the final piece of this 5-part ‘Israeli Innovation Series,’ attention shifts to the present. An assessment of sales, FDI, and investment in the Israeli tech sector for the year 2017 reveals the broader impact of Israel’s policy and practice in forming a vibrant innovation ecosystem. The value of Israel’s top down and bottom up efforts to promote creative thinking and novel approaches are affirmed by the successes of agricultural technology, industrial design, water management, and AI startups, both domestically and abroad.

The impact of Israel’s major tech IPO’s, sales, and acquisitions, illuminates the importance of the Nations early innovators and pragmatic tacticians; whose contributions were vital in shaping Israel’s innovation technology landscape and ensuring the continued success of the Startup Nation. Furthermore, in the broader context of Israel’s long-term tech development, Israel’s tech successes attest to the value of the ‘Comprehensive Innovation Partnership’ formed by President Xi Jinping and Israel’s Prime Minister during Netanyahu’s visit to China this year.

Major Tech Investment 2017:
According to IVC, “In the second quarter of 2017, Israeli high-tech capital raised $1.26 billion, attracted by 157 companies, the second highest quarterly amount in the past five years. The first half of 2017 was the second highest in terms of capital raising, as 312 Israeli high-tech startups” received funding.2 The Israeli economy, driven by the tech sector reflects that “growth in the volume of activity by the VC funds reinforces two parallel trends we saw in the last quarter. On the one hand, the number of large deals, of over $20 million each, increased significantly. This led to a rise in the total capital raised in large rounds. We also see that the average small financing rounds (under $5 million) was up substantially in the second quarter, despite the fact that the number of such deals declined.”3 The Israeli tech market has continued to display reliance and adaptability in managing global financial fluctuation.

According to Adv. Shmulik Zysman, managing partner at Zysman Aharoni Gayer & Co.: “Besides the overall increase in capital raising, the most encouraging figure in the present report is the volume of capital that seed companies succeeded to raise, which has doubled compared both to the previous quarter and even to the same quarter last year. These data indicate that our previous forecast – according to which the Mobileye deal will impact the following quarters, driving up capital raising proceeds as an indication and reaffirmation of Israeli companies’ quality – has materialized. The Israeli high-tech industry continues to grow and receive a vote of confidence from foreign investors and VC funds.” 4

Case Studies, Market Impact and Limitations
The Israeli high-tech market in 2017 saw Intel’s $15 billion acquisition of Mobileye, the $100 million IPO from cyber security firm Forescout,8$300 million in Chinese investment towards non-animal based meat products9 and many others. The market is ripe for innovations across a multitude of sectors, with significant Win-Win payoffs for all players. Driven by government incentives, public-private partnerships, and a history of R&D successes, the Israeli startup community saw the realization of substantial investments in 2017. The funds facilitated the growth of multiple sectors including AI, Big Data, FinTech and health systems, bringing Israeli ideas to the forefront of global demand.

Critical sectors of the Israeli economy including Agricultural Technology, Water Management, and Artificial Intelligence (AI) have benefited considerably from innovations directly promoted through government subsidies, grants, and incubator programs linked to University R&D.10Mobileye’s success serves as a prime example of government support paying real dividends in the global market. Through a government supported incubator, along with university-level scientific research at the Hebrew University of Jerusalem, Mobileye was born, cultivated, and, in 2017, acquired for a record $15.3 billion by Intel. As a corollary to this transaction, above the reported $1 billion tax pay off for the Israeli government, Intel’s automotive AI R&D hub will now be located in Israel.11

For all the success, media attention and government revenue generated by Mobileye, Forescout, and other startups making their splash on the global tech scene, only 8.3% of salaried employees participate in Israel’s hi-tech sector. This is a harsh reality when on average someone working in High-Tech makes upwards of twice the national average income.

To expand the economic stimulus associated with the High-Tech sector, Israel’s government intends to have 500,000 people employed in the innovation industry within the next decade (doubling the current number). This would be achieved through:

“Expanding the circles of influence of multinational companies – both in terms of employment opportunities and the range of technological fields in which they currently operate.

The Comprehensive Innovation Partnership: an outgrowth of decades Israeli advancements
According to Aharon Aharon, Director of the Israel Innovation Authority: “Israel enjoys achievements on a global scale: first in the world in R&D investment and in venture capital investments as a percentage of GDP; 600 new startups per year, more than 300 multinational R&D centers – such as Intel, Google, IBM, Apple and now Huawei; second in the world in the Global Economic Forum’s Innovation Index. The Israeli model of innovation is largely based on creating technological added value, mainly in startup companies and multinational R&D centers. The Israeli innovation ecosystem, however, is still in the first stages of developing efficient mechanisms for seizing the economic value emanating from the technological value created here.

The result is that today, R&D activity in the Israeli economy, especially in multinational R&D centers and startups, is a basis for creating technological value in Israel, but the economic value is enjoyed outside Israel’s borders.”13 The structural limitations of Israel’s economy acknowledged by Mr. Aharon could enable Chinese investors to benefit from the vibrant Israeli tech ecosystem. With appropriate investments and strong academic partnerships, Chinese industry leaders could integrate Israeli approaches and systems within existing Chinese industries to help modernize and shape development in projects across the BRI. Specifically, in the fields of AI and Big Data Analytics Israeli startups could provide Chinese researchers and developers new methods and innovative approaches to meet growing national technological demands. Within the realm of Smart Automotive technology, there are 450 companies in Israel currently specializing in smart transportation, such as ridesharing, communication, sensors, and monitoring. By building partnerships and learning from Israeli startups trials and tribulations, Chinese developers can create better smart automotive products and applications while enhancing the Sino-Israeli relationship.

Core Elements of Israeli Innovation and key takeaways:
Israeli Innovation is impactful because it integrates Government policy, University-sponsored programs in STEM, the Utilization of immigrant populations, the Culture of Chutzpah & Acceptance of failure as well as the Role of the Military to form a system uniquely assembled to meet the politically and strategically diverse needs of the Jewish State.

Israel’s innovation ecosystem emerged organically, and has since aided in constructing pillars of strength in areas of perceived weakness. Some of these attributes can be cross-culturally implemented. The combination of government attentiveness and long-term planning appear broadly applicable. A loyal and skilled population invested in multi-sector success may also bear relevance to numerous national paradigms. Transposing lessons from Israeli innovation success to the Chinese model; the view of a systematic, top-down approach to promoting innovation while relying upon a vast and skilled labor set seems congruent with the PRC methods of policy implementation.