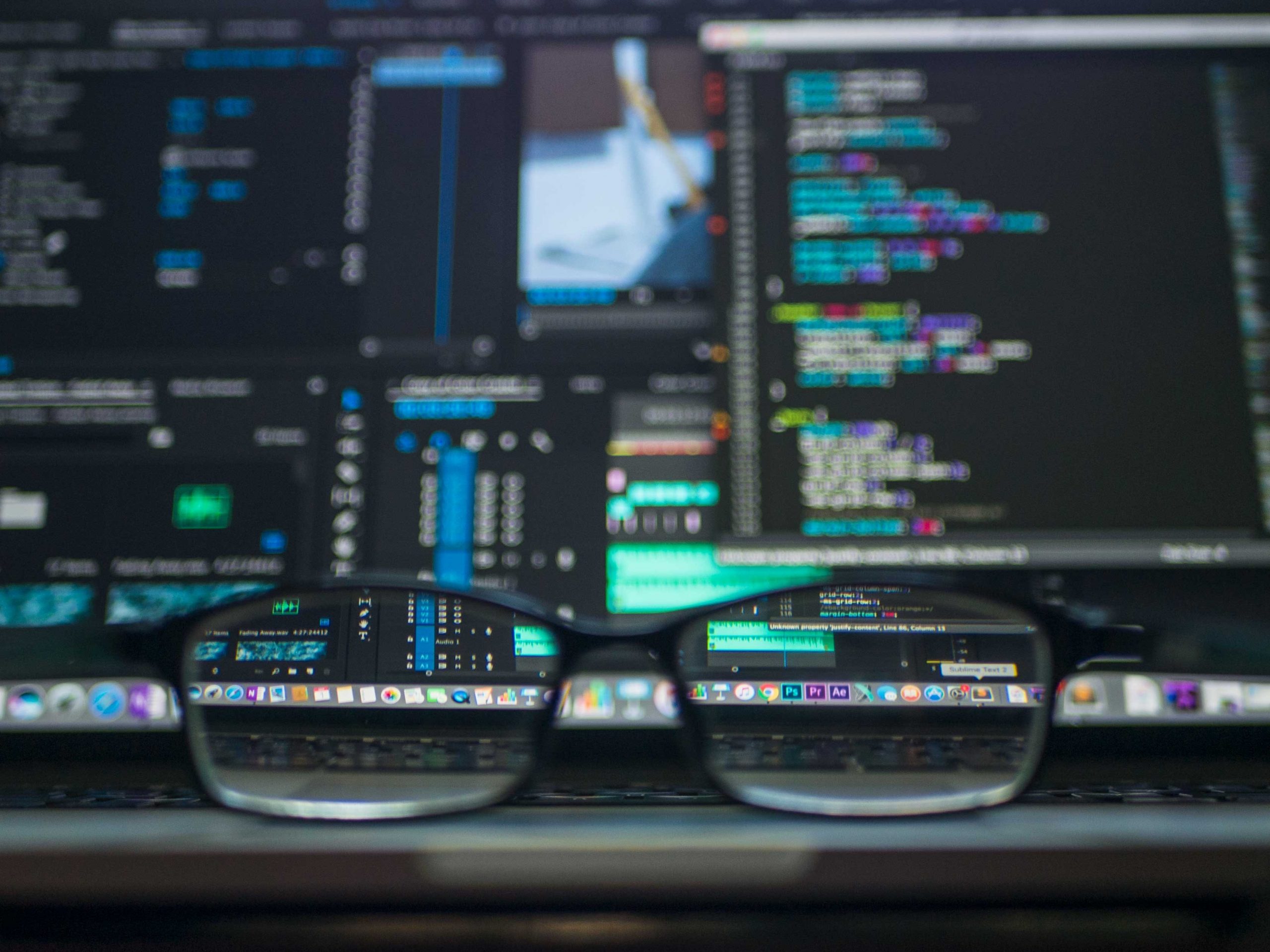 Israeli Technology in the Global Market

Israeli technological innovations have permeated most aspects of modern society. From the way we communicate, feed billions of people, and build a comprehensive visual and digital understanding of the world around us, Israeli discoveries and R&D have played a critical, often unsung role in improving the lives of countless individuals worldwide. Israeli technological breakthroughs have benefited global populations in the developing and developed world. From microchips of cellphones and drip irrigation to satellite innovation and biomedical advancements such as the stent and countless new aggressive cancer therapies, Israeli technology is ever present and essential. Through these diverse and game changing innovations the Jewish State has been irrevocably linked with scientific, engineering, and agricultural advancements.

From the establishment of the modern State of Israel, the national financial backing for R&D has been unmatched, amounting to 4.25% of total GDP. Since the founding of the State, government policy has encouraged and supported science and innovation. This focus emanated from deeply seated views of preeminent Zionist leaders from Theodore Herzl, David Ben Gurion and Gold Meir. They placed central importance on Israel contributing to the perpetual development of the region and the world through scientific and technological innovation. Consequently, Israel became a hub of global brands such as IBM, Intel and Google where Israeli ideas are cultivated for global gains. From Mobileye’s recent $15 billion acquisition (by Intel) to the over 250 internationally affiliated R&D centers based in Israel, the Jewish State has become a global tech epicenter.

In describing how and why Israel has become a global center for science, technology, and innovation one must recognize the extent of Israeli developments in technology embedded into the daily lives of billions of people worldwide. Regarding China and the BRI, Israeli advancements in a range of areas such as agriculture and Unmanned Aerospace Systems (UAS) are but a few examples of technology which have immediate and long-term value.

The importance of innovation in the modern Zionist vision had been reinforced by many of its early leaders. From his influential novel, Altneuland (“Old-New Land”) Theodore Herzl addressed the reality of Jewish settlement in Palestine stating: “This country needs nothing but water and shade to have a great future.” With these words, Herzl crystallized what would be necessary for Israel to be a viable nation, primarily creative thinking and bold resource management. Hertzl later correctly predicted that the water engineers of the Jewish homeland would become its heroes and patriarchs.

This ethos was echoed by Israel’s first Prime Minister, David Ben Gurion (pictured left) when he expressed emphatically “Israel’s economic and cultural progress is due to three things: the pioneering spirit that inspires the best of our immigrant and Israeli youth, who respond to the challenge of our desolate areas and the ingathering of the exiles; the feeling of Diaspora Jewry that they are partners in the enterprise of Israel’s resurgence in the ancient homeland of the Jewish people; and the power of science, and technology which Israel unceasingly, and not without success, tries to enhance.”

One area of significant success was realized in the efforts of Israeli PM Levi Eshkol’s National Water Carrier.1 Israel today exceeds it water production needs due in no small part to the strategic thinking of its early pioneers.

As Israel grew its deserts into agricultural testing grounds, its political leadership quickly identified the value innovative capital could provide to the developing world. “In 1958, Golda Meir (pictured right), then Israel’s foreign minister, created a department whose mission was to help developing countries—particularly in Africa—overcome problems of water, irrigation, agriculture, education, and women’s status. The department, whose name translates loosely as [the] Center for International Cooperation, is known by the Hebrew acronym MASHAV.”2Following in the policies of her ideological forbearers, PM Meir brought Israeli innovations into a new light. Instead of technological developments in Israel focused on the domestic market, increasingly Israeli scientists were creating products and approaches viable for the international community.

Today, MASHAV operates in over 100 countries providing Israeli technological expertise to developing populations around the world. By utilizing Israel’s strongest resource, its intellectual capital, the Jewish State has figuratively and literally built bridges to nations near and far.

Israeli Innovation in the Global Marketplace

Cherry Tomatoes:
One of the most popular products in supermarkets around the world is the cherry tomato. With a sweet taste, high yield and firm skin designed to withstand shipping, the cherry tomato has become a staple food globally. However, the availability of this cultivar was wildly inaccessible before the mid-1970’s. According to Anna Wexler of the Massachusetts Institute of Technology (MIT), the cherry tomato in the form that we know it today was formulated in 1973 by a group of scientists from the Hebrew University of Jerusalem.3 Until this point, the cherry tomato was used for store displays (primarily in the UK) but was not commercially viable due to low plant yield and poor physical structure for shipment – unable to survive transport intact.

Things changed drastically when British produce sellers Marks and Spencer’s approached Hebrew University-based scientists Professor Nahum Keidar and Professor Chaim Rabinovitch. Utilizing Prof’s Keidar and Rabinovitch’s work on increasing production in tomatoes, the team under the guidance of seasoned seed breeder Hazera Genetics, turned its focus on making the cherry tomato a viable production crop for the masses. Within a few years, the research team engineered a cultivar known for its small size which retains firmness, flavor, and aroma even after a week at room temperature. The cherry tomatoes were bred to grow in a fishbone making packaging more efficient. (see above for example of the fishbone vine)

Through creative (non-GMO) agricultural engineering Israeli scientists helped usher in new food stuffs omnipresent in the global marketplace. In doing so, the advancement of the small Jewish State has benefited farmers and consumers far beyond its humble borders.

In the 1980’s and 90’s transferring information from one computer system to other involved bulky disks, copious wires and an abundance of time. Fast forward a few years and all one must do is plug in their USB flash drive. In a matter of moments what previously took hours is transferred and accessible. How is it that what once involved large and cumbersome disks can now be accomplished on a drive the size of your thumb? The answer to this question lies in the adaptive approach of Israeli startup M-Systems. In 1999, M-Systems patented the technology which would become the USB Flash drive. Marketed and distributed by IBM in 2000, the USB flash drive quickly became the dominant format for physical data transfer replacing CD’s due in large part to their large storage capacity and ease of physical storage. To put the USB drive into perspective with the same 20-30-gram weight it can hold 800-1000 times the amount of data of the floppy disk.

As is often the case of Israeli-developed technology, its impact has spread significantly beyond its territory, changing how the individual interacts with the computing interface. The USB flash drive facilitated a new means to transfer information in an efficient and compact process. More importantly this and numerous other market ready products have further solidified Israel’s place as the epicenter of technological development. In the process, the advancements and innovation coming out of the Jewish State lose their national identity and become a product belonging to the world. In effect, Israeli ideas become part of the global consciousness.

UAS:
Since the early 1970’s Israel has spearheaded international developments in UAS, more commonly known as drones under the direction of industry leaders such as Shabtai Brill, the first person to pioneer the strategic military application of unmanned aerial vehicles. “Shabtai Brill thought it was far too much work to take photographs on the ground only two miles from the Israeli border. In 1969, Brill bought three model airplanes from a toy store in Manhattan and brought them with him back to Israel. It was there that he installed 35-millimeter cameras with timers programmed to take photographs every 10 seconds. This marked the birth of UAV reconnaissance. The success of Brill’s model airplane program and Israel’s desire for quality intelligence ultimately compelled the Israeli government to invest heavily in pursuing drone technology.”4

As is often the case in Israel, research and development directed by the military has paid significant civilian dividends. In the case of UAS, strong military support and the tactical demands of Israel’s geography helped it become the global trendsetter in UAS. In practice, this means that Israeli produced UAS provide cheap and data-rich solutions to security and agricultural applications due to the longstanding investment of Israel’s defense establishment.

Israel’s gained its role in the pantheon of technological advancement through contributions to agriculture, computing, communications and many other sectors. Through government support, local ingenuity and competitive global markets, Israeli innovations have changed the way systems work and data is managed. In harnessing Jerusalem’s vast technological contributions, the Sino-Israel Comprehensive Innovation Partnership explicitly aims to pair Israel’s technological impetus with the vast projects and capital of the Middle Kingdom. From financial data management in banking institutions such as AIIB, ADB, and others, to increased agricultural yields in mainland China, Israel’s technological expertise could bring win-win outcomes for all.

Offering Israeli solutions to issues of food safety in Africa, Port security in Greece and data management issues in Europe, the comprehensive innovation partnership provides the vehicle to link Israeli solutions to strengthen projects across the BRI. With Israel’s diverse experience in agricultural, data and device driven platforms there is no question that Israeli based solutions could support established Chinese policy aims. In the context of the massive Belt & Road Initiative, Israeli innovation could boost agricultural yields, simplify data interfaces and decrease the risk of terror networks while bringing together peoples from east to west. Through the incorporation of Israeli ideas, China stands to create broader regional harmony and expand economic cooperation using existing and developing solutions created in the Jewish State.