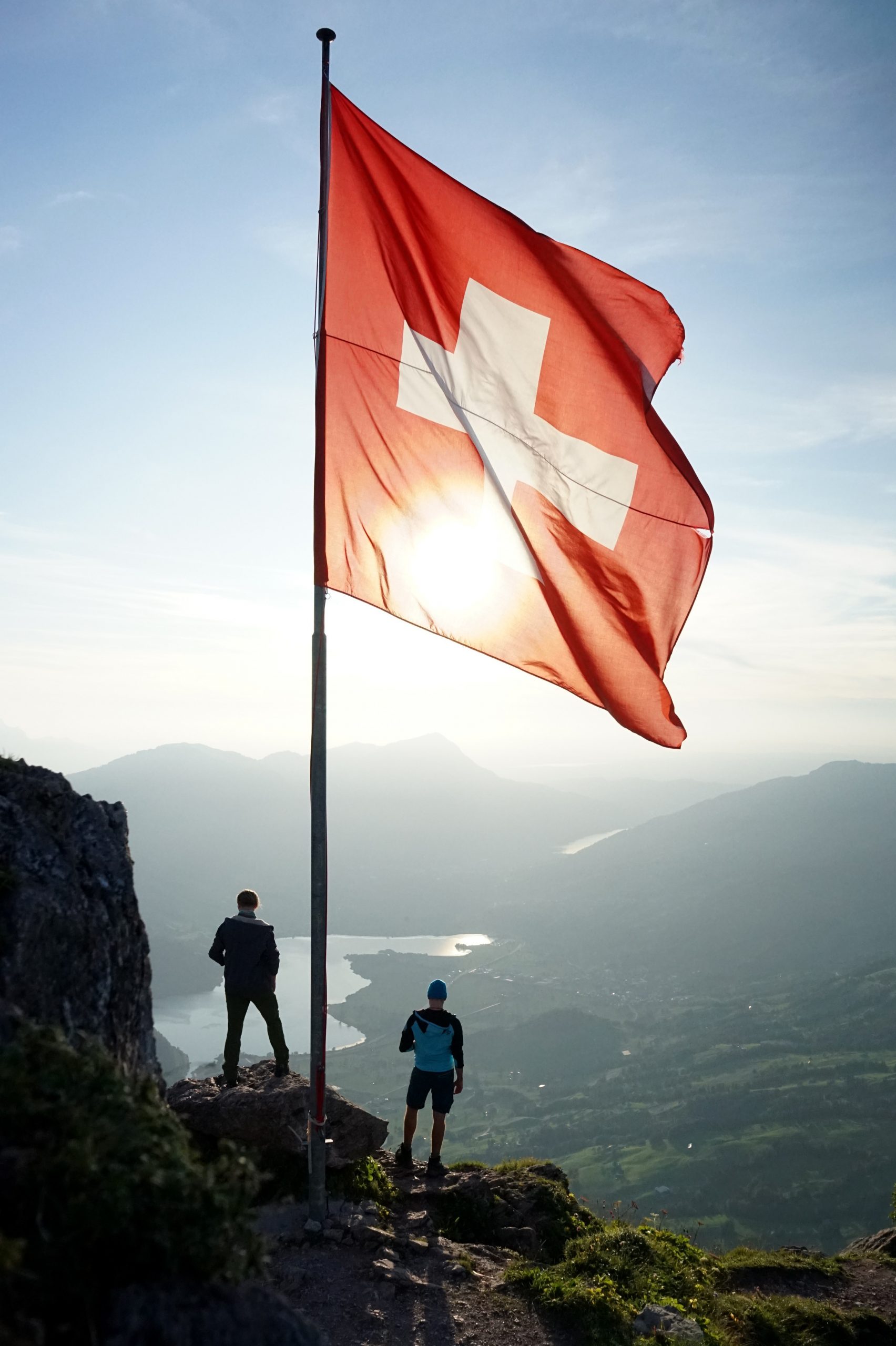 What Israel Can Learn from the Sino-Swiss Free Trade Agreement

China and Israel wrapped up their fifth round of free trade agreement (FTA) negotiations this past January. The negotiations began in 2016. Prime Minister Netanyahu has pushed for reaching a final agreement in 2019. The goal of this final accord is a win-win outcome, but how would that look?

The Middle Kingdom is a mammoth of economic might. Israel, for its part, punches above its weight class to be sure, but China is a heavyweight. The Chinese are quite aware that firms around the world relish the opportunity of trading with them. This has been true for centuries and China is keen on leveraging this fact. Consequently, the majority of China’s FTAs with developed countries have been slightly lopsided to their own benefit. In most cases, Chinese exports receive a higher tariff elimination rate than the counterpart’s exports and these eliminations often apply immediately whereas the counterpart often has to wait a period of years for all of the tariff eliminations to go into effect. The rationale given is that various Chinese industries are still developing and need time to adjust to competition from advanced countries.

One interesting case that could give Israel some insight is the Sino-Swiss FTA. It was signed in 2013 after nine rounds of negotiations lasting less than three years, a relatively short negotiation period, and went into effect a year later in 2014. The Sino-Swiss FTA is notable in that it is one of the most comprehensive Chinese FTAs as well as China’s first FTA with a continental European country. It is often viewed as a template for other developed countries that wish to negotiate an FTA with China.

The deal is truly unique in that it covers trade that had never occurred before such as the export to China of crocodile meat, live monkeys, and bamboo shoots. It remains to be seen how useful these provisions will become, but the creativity it showcases should be commended. Other highlights of the agreement include a supplement on labor practices, a supplement on environmental services, and most meaningful, a commitment to protecting intellectual property.

This commitment to protecting intellectual property was a big step forward for China and was also a principal demand from Switzerland from the time negotiations began. It will aid in combating counterfeiting and piracy from the moment the products are exported. Swiss firms that manufacture in China will also benefit from the increased protections. The Chinese even agreed to automatically recognize patents that are registered in Switzerland which saves the Swiss firms from having to deal with complicated procedures for registering the products in China.

Regarding the bilateral tariffs, the Sino-Swiss FTA allows for tariff elimination on up to 99.7% of Chinese exports, most of which went into effect immediately, along with tariff elimination on up to 84.2% of Swiss exports, with the minority of products enjoying zero tariffs immediately and the remainder having to wait for five, ten, or sometimes fifteen years to be fully phased out. The FTA is currently in its fifth year of use and both China and Switzerland have agreed that it has led to an increase in bilateral trade, although there is ample room for improvement. To validate this conclusion, in September 2018, the University of St. Gallen, the Chinese University of International Business and Economics, and the Nanjing University jointly produced the Swiss-Sino FTA Academic Evaluation Report.

The report concluded that the FTA allowed Chinese firms to prosper to the tune of 6.79 billion Swiss Francs over the first four years. Swiss firms showed profits of 5.82 billion Swiss Francs during the same time frame. It also indicated that as a result of the reduced tariffs, industries in both countries benefited from potential savings amounting to several hundred million Swiss Francs. For Switzerland, most of the savings were concentrated in machinery, watches, and pharmaceuticals. For China, they were largely in textiles and machinery.

That being said, the FTA’s 2017 utilization rate by Chinese exporters stood at 42% while the utilization rate for Swiss exporters stood at 44%. Surveys conducted among Swiss and Chinese firms revealed that many firms consciously chose to not utilize the FTA. The most cited cause was difficulty complying with rules-of-origin. Between 25-50% of Swiss and Chinese firms had difficulties calculating the value of non-originating materials or were uncertain about tariff reduction procedures. However, as more tariff eliminations for Swiss products will go into effect in 2019 which will give additional firms an incentive to trade under the FTA, the utilization rate should increase. As always, education and outreach to the business sector will be vital.

What, then, can Israel learn from the Sino-Swiss Free Trade Agreement? Are Switzerland and Israel more similar or different regarding their interests with China? Does China see any similarities between Israel and Switzerland?

China is one of the top three trading partners of both Israel and Switzerland. Each country obviously wants to sell more products and services to China, yet they are both innovation powerhouses that should protect their IP. This innovation edge is exemplified in the fact that Switzerland was ranked #1 on the Global Innovation Index in 2018 while Israel is known as the “start-up nation” with more start-ups per capita than any other country in the world.

Innovation is a critical source of competitive advantage in the modern world. It is the raison d’etre for intellectual property. Protecting it is crucial. As China desperately fears falling into the middle-income trap, it knows it will have to focus more on moving up the value chain which requires continued innovation. This is one reason why China announced an Innovative Strategic Partnership with Switzerland in April 2016 and an Innovative Comprehensive Partnership with Israel in March 2017.

Switzerland and Israel both have what China needs, and they should use this for all it’s worth. On the other hand, they both have small domestic markets, limited natural resources, and are highly dependent on access to foreign markets. China knows this very well. The Chinese are also an exceptionally patient people that think and plan for the long-term.

However, China needs to get rich before it gets old.

It is essential to China’s “national rejuvenation.”

The Swiss and the Israelis, however, are already considered high-income countries.

Israel would certainly benefit from cheaper Chinese goods, but it is important to remember that the majority of Israel’s labor force is in manufacturing and services; sectors that face downward wage pressure from global competition. The high-tech sector in Israel only employs approximately 9% of the workforce. Switzerland’s economy, by contrast, is an extremely liberal and open one that adapts quickly. The same level of openness cannot be claimed by Israel. If an abundance of cheap Chinese goods flood the Israeli market all at once, competing Israeli firms could encounter difficulties in adapting to the new market conditions. These are things to take into account when deciding on the pace of tariff eliminations.

China recently passed a new foreign investment law meant to make doing business easier for foreign firms. The law will come into effect on January 1, 2020. One highlight of the law is a stronger emphasis on protecting foreign intellectual property. Much skepticism surrounds the law concerning whether or not it will have teeth in terms of enforcement, but it signals that China is taking intellectual property protection more seriously.

Israel can use the momentum from this law as well as insights gleaned from the Sino-Swiss FTA to negotiate strong and concrete IP protection and enforcement mechanisms for Israeli firms doing business with China. Switzerland smartly employed much creativity in forming their FTA and Israel should do the same. It also should be emphasized that comparative advantage is not static, but dynamic and Israel can become a major player in the future in unexpected areas. For example, Israel is currently a significant player in the global auto industry although few people would have imagined this a decade or so ago. Being imaginative in terms of preferential trade treatment for possible trade in the future literally has no downside, but significant upside.

The Sino-Swiss FTA was considered a success according to the Swiss-Sino FTA Academic Evaluation Report, but it is important to recall that it has been less than five years since the FTA went into effect. Bilateral trade could still increase or possibly decrease in the future dependent upon global and bilateral economic developments. What is certain is that Swiss firms have an advantage over foreign firms operating in China due to the legal certainty in trade relations that comes with having an FTA.

A future FTA between Israel and China, even one with asymmetrical tariff elimination rates, could also give Israeli firms a leg up on the competition over the long run due to this legal certainty in trade relations, irrespective of future economic developments. However, Israel should be cautious with respect to the impact of cheap Chinese goods entering the Israeli market.

There are many insights from the Sino-Swiss FTA that Israel can apply to its own potential FTA with China. Imagination and protecting intellectual property are chief among them.

Jonathan Schwarz is a research associate at SIGNAL