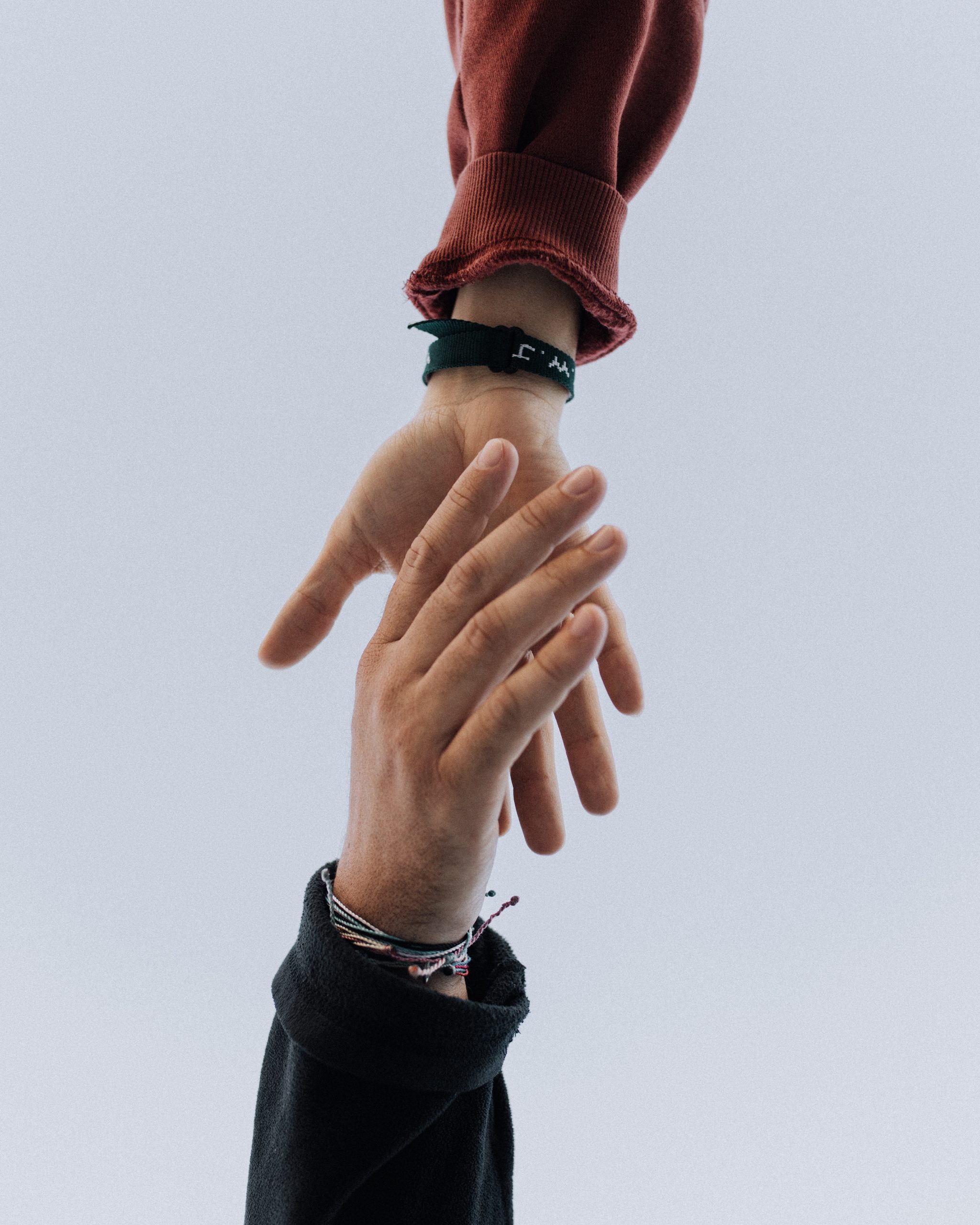 Social-Psychological Considerations for a Community with a Shared Future: Implications for Policy and Practice

China aspires to be a promoter of world peace, contribute to global development, and defend the international order. However, creating a harmonious, peaceful international order is no simple task. As President Xi Jinping explained at the National Education Conference held in Beijing during September of 2018; “Peace is the common aspiration and earnest expectation of all mankind, however, security threats that countries are facing today are increasingly complicated, and the threat of wars still remains.”1 For reconciliation amongst rivals to occur, in any context, requires recognizing them as a legitimate partner in the peace process, and deserving of humane treatment. However, the way children are socialized often confounds this vital precondition, hindering prospects for achieving peaceful coexistence. Policies that ensure that the media and education promote tolerance and acceptance is a critical precondition for realizing world peace.

While it may be comforting to believe that human beings are evolving into more placid, cooperative creatures, the 2018 Global Peace Index (GPI), produced by the Institute for Economics and Peace, suggests quite the contrary. The report, which ranks 163 states and territories by their level of peacefulness, indicates that for the fourth consecutive year the state of peace globally has deteriorated.2 2017 saw a 0.27% decrease in the level of peace worldwide, with 71 countries on the index improving while 92 others declined. As the authors of the report explain, “The 2018 GPI reveals a world in which the tensions, conflicts, and crisis that emerged in the past decade remain unresolved, especially in the Middle East, resulting in this gradual, sustained fall in peacefulness.”

The 2018 GPI illuminates a depressing fact of our time: that misunderstandings, prejudices, and stereotypes among people of different faiths, cultures, and nationalities still endure.

What is often overlooked, however, is the fact that these negative beliefs and attitudes are acquired in childhood, and often remain in the social-cognitive repertoire of adults long after they are learned. As young as age three children begin responding to racial cues regarding others, and around age four are able to identify with their group; displaying a preference for their in-group over an out-group.3 By age seven, children have already developed the capacity to harbor negative prejudice against others. Moreover, as Bar-Tal and colleagues explain: “an intriguing line of research in social psychology shows that even when individuals change their views in the later phase of their lives, contradicting earlier-acquired intergroup attitudes or stereotypes, this early acquired repertoire is not erased from the brain but may come to light in automatic ways in certain situations.”4 These conditions are typically those in which cognitive resources are limited, such as would be the case if someone were to find themselves in the midst of conflict.

The power of the images and attitudes imprinted in the minds of countless youth from an early age cannot be ignored by policymakers. Tolerance is developed through socialization, and alongside family, both the media and educational institutions constitute a central socializing agent. In a 2007 study conducted by Brenick and colleagues, the authors produced a version of the Sesame Street television show in which characters from the Israeli version of the program (Rehov Sumsum) visited friends on the Arabic version (Shara’a Simsim). The study revealed that after watching the program, children were more likely to attribute positive characteristics to members of the out-group.5 In another study conducted by Cameron, Lindsey, and Rutland in 2008, children as young as five were exposed to intergroup friendships through illustrated stories. The narratives, which portrayed friendships between members from opposing groups were shown to improve intergroup attitudes; making children think that members of their group also believe intergroup friendships to be legitimate and normal.6

Despite the significant body of evidence supporting the role of socialization in shaping the prisms through which people interpret, experience, and process new information, the direct role of the media and education in promoting peace and the reconstitution of a harmonious society is often overlooked in both policy and practice. Instead, many governments have, and continue, to use both of these socializing agents as a means to foster nationalism and patriotism; often at the expense of reinforcing the very stereotypes and prejudice that breed intolerance. The case of the media in Egypt and the Turkish Education system illustrate the dynamics of this phenomenon in action.

The Media in Egypt

While Egypt-Israel relations seemed to be warming in 2017, Haissam Hassanein, an Egyptian born Ph.D. candidate at Tel Aviv University wrote that “this warmth was not shared by the Egyptian media industry,” he went on to explain that “This past Ramadan, when TV viewing was at its yearly peak, Jews and Israelis continued to be portrayed very negatively — as spies, thieves, killers and socially immoral individuals.”7 Haissam also drew attention to an article published by the state-run al-Ahram newspaper titled “Zionist Channels to Penetrate the Egyptian Mind,” which was published shortly after Egyptian president Abdul Fattah al-Sisi gave a speech at an event commemorating the forty-fifth anniversary of the 1973 Yom Kippur War. The article accuses Israel of brainwashing the Egyptian youth to perceive it as friendly, and of sowing seeds of disloyalty amongst them.8

These messages permeate into the minds of the young and foster within them a deep and enduring hostility towards Israel and Jewish people while also reinforcing negative attitudes and beliefs already held by Egyptian society at large. Israel and Egypt cooperate extensively on a government to government level yet people to people relations, unsurprisingly, remain hostile. As Haissam explains, “The indoctrination of hate that unfortunately gets passed down from generation to generation hinders opportunities for true peace.”9

The Institute for Monitoring Peace and Cultural Tolerance in School Education (IMPACT-se), a policy and advocacy organization which monitors and analyzes education, have conducted a number of studies revealing how some school textbooks have been exploited by governments to influence the perceptions of their citizens at the expense of breeding intolerance. Following a wave of violent anti-China protests which swept across Turkey in the spring of 2015,10 IMPACT-se embarked on a study to understand how China and its people were portrayed in Turkey’s education system. The authors note that while the curriculum provides a reasonable description of at least some of China’s great civilization, “the overall spirit of the text is that the Chinese typically represented the “evil side,” devising sly means to grab Turkish lands.”

A passage identified in a Grade 9 history textbook illustrates the negative light in which China is frequently portrayed in Turkish schools:

The Chinese rulers were not successful in stopping the Turks. This desperation led the Chinese to take further measures as follows: a) They married Chinese princesses to Turkish rulers; in doing so, they sent many servants alongside the princess to the Turkish palace. These servants were spying by collecting information about Turks. b) They made the Turkish rulers dependent on the Chinese and China, by sending gifts to Turkish rulers. c) They led to the dismemberment of the Turkish state by playing one ruler off against another.11

These negative perceptions are reinforced year after year- as is evident from a passage taken from Grade 10 Turkish literature:

By intrigues and cabals, the Chinese brought the destruction of the Turkish people . . . The sons of the Turkish nobles became the bondsmen of the Chinese and unsullied Turkish daughters became Chinese concubines. The Turks renounced their Turkish names . . . and served the Chinese for fifty years.12

The attitudes and images emerging from the textbooks ‘authoritative pulpit’, imprint on the minds of the youth; influencing the mental frameworks which shape their perceptions and guide their behavior. When considering that childhood experiences can affect an adult’s socio-psychological repertoire, the connection between the anti-China protests that occurred in 2015 and the way Turkish youth have been socialized to view the Chinese through formal education cannot be ignored.

Despite being more interconnected than ever before, the world remains fractured. As the 2018 GPI shows, recent years have seen a steady decline in the level of peacefulness globally – with some regions finding themselves in a state of perpetual volatility. While there are many factors to consider in striving to attain peace, the process of reconciliation is always enacted by people. For enemies or rivals to find peaceful resolution, necessarily requires the legitimization and humanization of the other. However, as the case studies of Egypt and Turkey illuminate, some governments utilize the media and education to advance their agenda, often at the expense of the ideals of promoting peace and tolerance. Instead, they reinforce negative prejudice and stereotypes. Considering the significant role early socialization plays in shaping the attitudes and beliefs of adults, it is imperative to educate the youth of today to be tolerant and accepting of others. Utilizing the media and formal education as vehicles to promote peace holds the potential to reshape the future. Confucius (552-479 BCE) was said to have travelled among warring states encouraging their emperors to restore social order through virtue based education. China, with its new great power status and friendship with so many countries around the world, would do well to follow in his footsteps and encourage the international community to use the media and education as vehicles to promote peaceful coexistence.