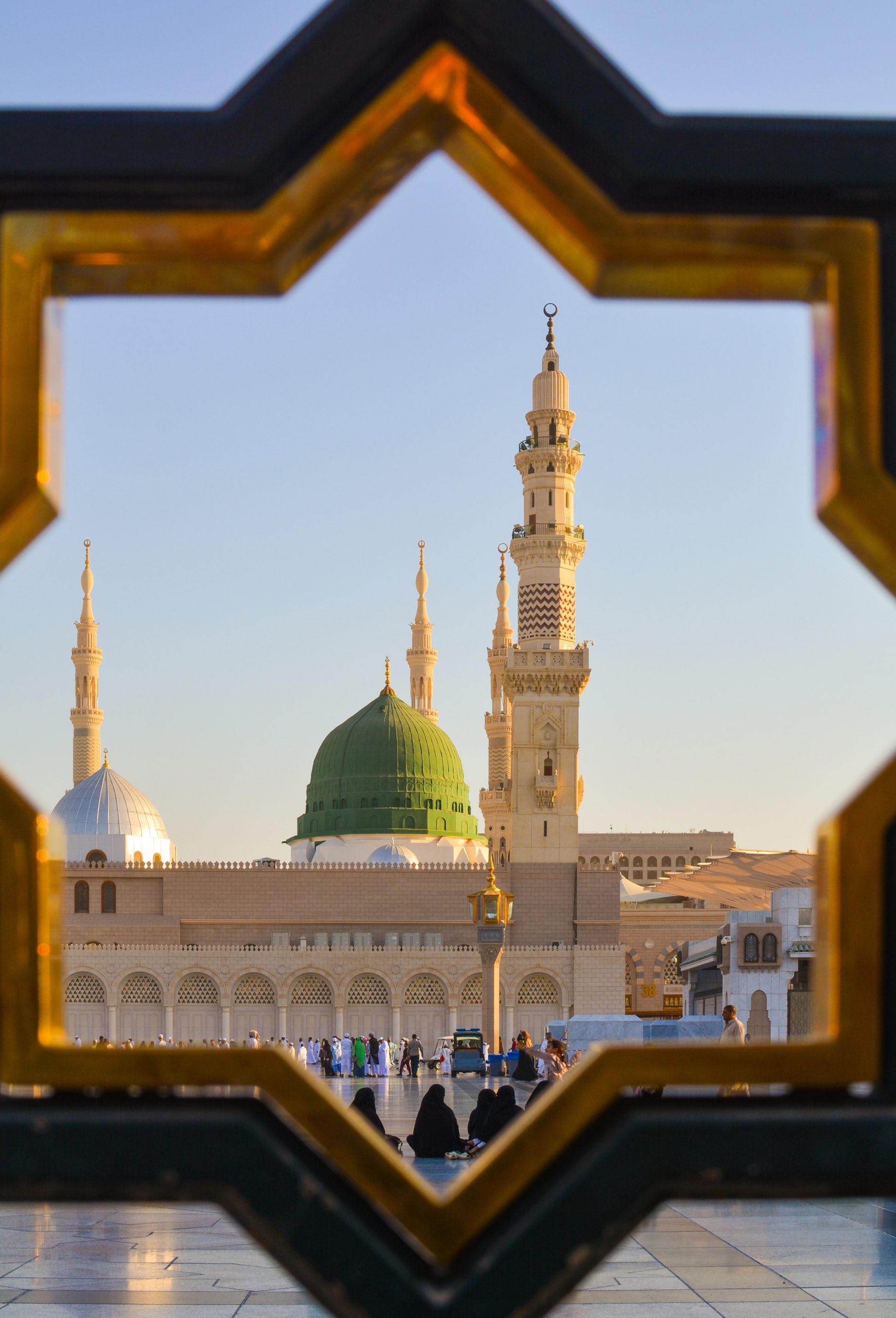 The summer of 2016 saw important signs of significant changes in relations between Israel and the Sunni Arab world. These events are not the catalyst for but the result of an evolving Middle East. China’s 13th 5 year plan emphasizes the importance of building cooperation across all sectors to foster personal bonds which, if implemented effectively can enable regional stability and produce a less risky environment for investment and the core aims of the BRI. As such, China would surely take great interest in the improving relations between Israel and the Sunni Arab countries.

To illustrate the nature of these developments, this SIGNAL note will focus on recent shifts in the relationship between Israel & Saudi Arabia, the implications of closer Saudi Arabia-Israel ties, and its potential effect on the BRI & Sino-Israel relations. Two important events provide insight into how the shift in relations is occurring, and its impact on China.

Gen Anwar Eshki, center, at the Israeli Ministry of Foreign Affairs on July 22, 2016

July 22, 2016 Gen Anwar Eshki visited Israel, meeting with members of the opposition in parliament as well as high-level delegations at the Ministry of Foreign Affairs. In this rare appearance of the Saudi defense elite on Israeli soil, under the auspices of resurrecting the long dormant Saudi peace initiative, Israeli policy makers were presented with a critical opportunity to build cooperation with a regional rival beyond the exclusive confines of promoting Palestinian-Israel peace. In his meetings, Gen Eshki illustrated Saudi desires for cooperation across many sectors, including the exchange of valuable intelligence and technologies.

Gen Eshki’s visit was prefaced by an important, and public dialog hosted by the Washington Institute for Near East Policy on May 5, 2016, which included Maj Gen (ret) Ya’akov Amidror, covering topics of the peace initiative as well as future broader cooperation and normalization between the Kingdom of Saudi Arabia and Israel.

According to Gen Ya’akov Amidror “Sunni countries fear Iran’s growing power over a Shiite bloc, which threatens the security as well as the unity of the Sunni states…These countries are looking for someone to help them at this time of need. Israel is the only country in the area whose stability is not in question. It is a strong country, both economically and militarily, and it has the ability and willingness to defend its essential interests. This is the foundation for the blossoming relationships between Israel and these Sunni countries – classic status quo countries in an ever-shifting region that are looking for an anchor with which to stabilize themselves.”

Gen Anwar Eshki on the left Gen Ya’akov Amidror on the right pictured at the Washington Institute for Near East Policy on May 5, 2016

Saudi Press and shifts against Anti-Semitism

Following Gen Eshki’s visit to Israel, the Saudi press began a campaign to minimize and mitigate the impact of the Anti-Semitic narrative domestically. In attempting to reframe the role and influence of the Jews/ Israel in the Middle East and beyond, Saudi Arabia has begun to lay the groundwork for effective cooperation from the level of influential elites to the common Saudi citizen.

How is this narrative being changed?

According to Saudi columnist Al-Qahtani, “Koranic descriptions of Jews-as killers of prophets, infidels, warmongers and usurers- apply to a particular group that lived during a specific time period.” This stands in stark contrast to the previously accepted position that Jews continue to hold the perpetual status of “the other”. Quiet to the contrary, these journalistic shifts represent an attempt to demystify and disarm the misguided Arab stereotype of Israel and the Jew. In short, by reframing the baggage associated with the Jews, Saudi Arabia is laying the foundation for a more fruitful and comprehensive public exchange with Israel.

Taken on June 4, 2016. On the Left is Gen Anwar Eshki, on the right, MFA Director-General Dore Gold

As China’s largest single energy supplier, Saudi Arabia impacts the success of China’s economy. With the integration of vital and cutting edge Israeli technologies Saudi Arabia could more efficiently provide for the Middle Kingdom’s growing energy demands. With heightened intelligence cooperation, this vast energy reserve could be more stable, posing lower risks and in turn lower cost to the Chinese consumer. In its most basic form, increased Saudi-Israeli cooperation provides a safer Middle East while facilitating a less risky investment climate.
In the long run, enhanced high level dialog between Israel and Saudi Arabia would present a smoother implementation of the BRI- via more comprehensive policy cooperation and peer-to-peer bonds in the highest echelons of both countries elites. As such, the facilitation of closer ties, and ideally a more stable Middle East could prove essential as China continues to develop a more comprehensive perspective of the Middle East.

As Israel continues to grow and form critical regional partners it has expanded beyond its traditional diplomatic partners-US, and Western Europe. With these shifts, China has the opportunity to advance ties with Israel with less political or diplomatic backlash than ever before. With decreased tensions China can fully utilize the critical advancements and innovative approaches Israel brings to important sectors from energy management to efficiency.

In the case of the BRI, Saudi-Israeli cooperation can ensure the core economic corridors may be more tacitly insulated from security risks, while protecting vital energy sources from the troubling effects of regional instability. Through building strong and lasting cooperation with regional partners Israel becomes a more interwoven member of the international community, decreasing risks and enabling a more stable investment environment for Chinese industry and venture capital. In addition, closer Saudi-Israel ties could produce innovative solutions to many issues energy, and non- energy issues, facilitating lower costs of vital resources to critical Chinese partners.

This SIGNAL Note has addressed the implications of Israel’s increased relevance to China as it cultivates partners in the region. In the time since the Note was composed, two significant events have occurred that represent tangible value to the Chinese market.

In the case of the UAE, increased engagement with Israel includes security cooperation to technological advancements. These have led to a large investment by the UAE in the Israeli-based water desalinization company Desilitech. There are a number of reasons the UAE has begun to look past its historical animosity towards Israel: In forming stronger strategic bonds with Israel through technology and innovation, the UAE can facilitate urgently needed better water management policy. Additionally, the UAE has come to realize that integration of Israeli technology decreases negative environmental outcomes of industrial production.

The Saudis are realizing what their counterparts in the UAE discovered about Israel’s value to them. This is reflected in tectonic shifts taking place in the Saudi media. Instead of demonizing Israel, steps are being taking to present the Jews of Israel as normal people like in any other country. According to Yasser Hilazi, a prominent Saudi journalist “eliminating the anti-Semitic discourse was a step towards drying up the sources of terrorism as well as western arguments against Islam.” Through greater cooperation, Dr. Ibrahim Al-Matroudi projects a future where Saudi Arabia can “overcome the hostilities towards the Jews and benefit from their experiences and successes.” Al-Matroudi even suggest closer ties with Israel would build logical regional bonds, which until recently were overlooked in favor of broader alliances with distance nations like Japan.

In the broader Arab world, the model of removing the negative stigma connected to Israel has begun to show its value in international forums. Unlike in many gatherings of the International Atomic Energy Commission (IAEA), in the recent meeting it refrained from any vote about Israel. In a conscious shift of historic trends Arab states abstained from any criticism of Israel in the IAEA. This decrease in pressure against Israel is a result of the improved strategic relations with Arab states. In these two cases, trends in the Arab world show that tangible value is outweighing historical ideology. This in turn helps promote a more stable Middle East.

PrevPrevious‘Sustainable Food System’s Conference’ hosted by the Manna Center for Food Safety & Security: Food Security applications in the BRI
NextIsraeli-African Cooperation and its impact on the BRINext