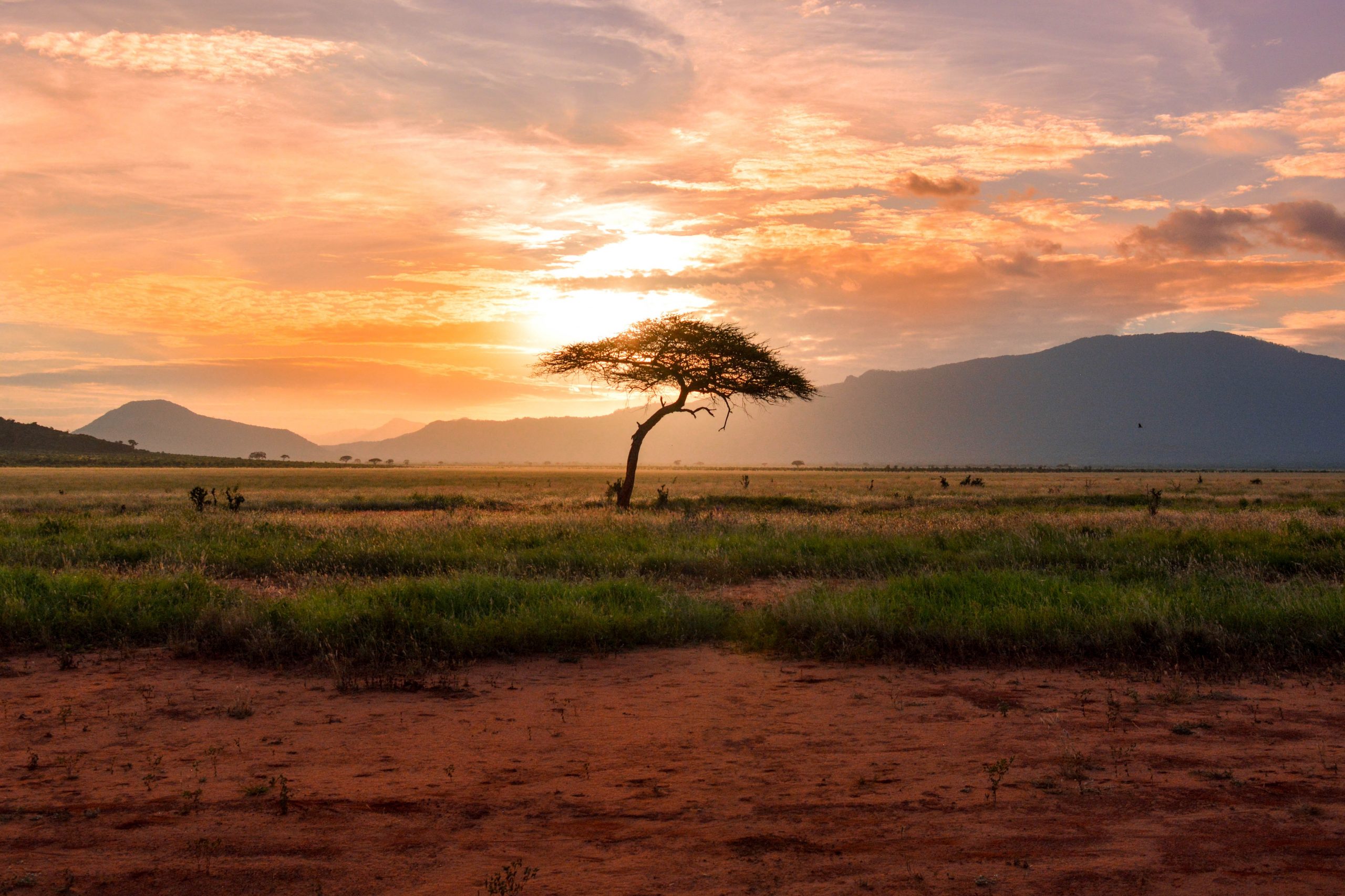 Israeli-African Cooperation and its impact on the BRI

The BRI framework emphasizes the importance of strengthening peer-to-peer bonds and broad policy coordination to facilitate unimpeded trade and a stable investment atmosphere. These concepts are reflected in the developing partnerships between Israel and African States. Cooperation between Africa and Israel not only advance the core aims of BRI but also can lead to direct benefits for China as Israeli technological expertise and security experience penetrate the sub-continent. Greater stability via Israel’s support in these areas of great importance will positively impact the Chinese economy that is now investing significantly in Africa.

From 1957-1973 Israel and African nations forged deep diplomatic and economic relations. However relations temporarily halted due to Arab pressure and oil diplomacy in ’73. Since then, Israel’s private sector has worked in Africa developing a range of businesses, bringing water and agricultural technology. Recently, the years of growing business interests have blossomed into diplomatic and political bridges being formed to amend the decades of distance between the Jewish state and African nations. The latest developments are due in part to rising security concerns but also to changes in political alliances throughout the Middle East.

According to the Israeli Ministry of Foreign Affairs, “the excellent relations prevailing between Israel and the various African states are a result of a mix of mutual interests, partly political, military and economic, set against the backdrop of Israeli initiative and solidarity. There was a sense of sharing of a common destiny of peoples who had suffered from discrimination and foreign rule.” It was noted that ‘foreign rule’ for Israel referred to the Jewish people’s painful history of being abused and ostracized throughout Europe, Russia and the Middle East for centuries.

On July 6, 2016, Israeli PM Binyamin Netanyahu began a sweeping tour of African nations; including Kenya, Uganda, Ethiopia. Netanyahu reportedly visited other nations on the continent in a less official capacity. PM Netanyahu arrived in Africa with the clear understanding that security cooperation would complement the important work being done by China in infrastructure and business development across the continent. Israel’s Prime Minister met with national leaders and offered a relationship in which African nations could benefit from Israeli technologies; from agricultural and biomedical, to tactical security. In addition to the cutting edge innovative solutions Israel is known for, the PM brought access to increased strategic cooperation in a range of fields from Counter Terrorism to agricultural advancements.

Through PM Netanyahu’s vision, Israel spent the summer cultivating a productive dialog with developing nations across Africa. As a result, much to the continent’s benefit, Israel has begun to put its expertise to work in solving significant problems in basic health care and security- address both threats from outside forces such as terror, and internal threats such as food security. Israel is addressing agricultural efficiency problems across African nations. For China this means practical benefits across many sectors from more secure oil sources and safer environments for Chinese workers to a healthier market among the African people.

How are Israel-African relations strengthening?

Following the PM’s visit MFA Director-General Dore Gold began a second round of visits resulting in many important milestones in Israel-Africa relations. Some of the most impactful developments in Amb Gold’s visit included the reestablishment of diplomatic relations with Guinea. The anticipated opening of the Tanzanian embassy in Israel, high level talks with Chad as well as productive exchanges with Somalia illustrate how expansive Israel’s advancements are going in improving peer-to-peer bonds.

Closer ties across economics, defense and agriculture can build a more stable environment for Chinese investments through the integration of Israeli ideas and technological innovation into vital African markets. A few examples of integrated Israeli solutions already at work in the African continent include; ‘Mul-T Lock’, a crop protection technology, ‘Netafim’, producing drip irrigation solutions as well as ‘Hazera Genetics’, for use in agricultural management.

Director-General of MFA Dore Gold, with FM of Guinea Alpha Conde. R Dore Gold meeting with a delegation of African Muslim leaders at the MFA in Jerusalem on March 6, 2016

Improved cooperation between Israel and the African continent has paved the way for logistical coordination that streamlines agricultural production and makes provisions for homeland security. In creating a more dynamic level of strategic organization, Israeli-African cooperation illustrates how the implementation of core aims of the BRI, i.e. ‘peer-to-peer bonds’ & ‘policy coordination’, can produce substantial win-win solution for all.

One of the ‘wins’ for Israel is the evolution of voting patterns among the States of the sub-continent. Already countries of Africa that traditionally voted against Israel in international bodies such as the United Nations General Assembly, are now abstaining. According to PM Binyamin Netanyahu “Even though this is a process that will take time, there is no doubt that this is the start of a long journey toward dealing with the automatic majority against Israel in international forums, an automatic majority that rests, first and foremost, on a bloc of African countries.”

Two significant events have signaled Africa’s increased interest in and commitment to cooperation with Israel. First, upon the suggestion of the President of Togo Faure Gnassingbé, Israel has been invited to initiate a West Africa-Israel summit with the possible inclusion of Togo, Benin, Cote d’Ivoire, Ghana, Gabon and Cameroon. Through this designated forum focused on promoting cooperation in technology and security, Israel has the opportunity to implement innovative approaches to resource management in Africa, decreasing cost and risk to investors such as those from China.

The second event illustrating the added value of closer Israel Africa ties is the construction of the Rwanda-Israel Center of Excellence for Horticultural Development. This joint project of the Israeli Foreign Ministry’s MASHAV (the Hebrew acronym for Israel’s Agency for International Development Cooperation) and the Rwandan Agricultural Board is slated to be completed by the end of 2016. Located about 12 km. west of Kigali, the center will serve as a hub for agricultural training, adapting Israeli farming technologies to local needs and increasing fruit and vegetable productivity. By forming closer peer-to-peer bonds and facilitating a freer flow of innovative ideas, Israel is increasing agricultural outputs and water efficiency. Through enhanced partnerships Israel is helping to create a more stable and economically viable African continent.

From Economic Impact to Enhanced Coordination and Cooperation

As we outlined in SIGNAL Note #11 regarding Saudi Arabia’s opening up to Israel, increased diplomatic and security coordination facilitates an environment more conducive to Chinese investment. Nations working with Israel to create a platform of broad-based cooperation enjoy Israel’s technological and innovative strengths. This in turn fosters better performance which is borne out in the economic indicators of Israel’s partner countries. In the case of Africa, increased Israeli exchange can also promote more secure routes to export natural resources and increase domestic agricultural production of essential goods and services.

Israel’s contribution to the security and economies of African states, can improve the broader climate for international investment. As the Belt & Road Initiative intends to enable unimpeded trade and comprehensive policy coordination, the recent efforts of Israeli diplomacy in Africa coincide with many of the core structural ambitions of the BRI. In furthering a safer more stable Africa, Israel’s pragmatic inroads could provide added value to China as it invests in the sub-continent and carries forward its long term vision of cross continental cooperation.

China is committed to investments across Africa. Chinese investment in the sub-continent has skyrocketed in recent years from $7 billion in 2008 to $26 billion in 2013, according to figures cited at a Wharton Africa Business Forum held last fall. In addition, the forum notes, President Xi offered a “whopping” $60 billion loan and aid package to Africa in December. With Africa becoming a hub of vital resources for Chinese economic growth, efficiency in costs, distribution, food and water production as well as security grow in importance. Africa’s cooperation with Israeli ideas and practical solutions in all these areas present significant added value to Chinese markets.

Some of the most impactful improvements already underway include the creation of a model agricultural village in South Sudan to teach local farmers how Israel’s breakthrough agricultural methods and technologies can help the fledgling African nation boost its vegetable output. Domestically, the “Galilee International Management Institute in northern Israel is a nonprofit institution that has trained cohorts of Nigerians over the past 20 years.

China’s growing FDI to Africa is cause for Chinese businesses and investors to note that stronger ties between Israel and Africa create a more stable environment for trade and investment. Israel’s contribution of water and agricultural technology serve the areas where China focuses its economic cooperation. Through its impact on improving regional security in Africa, Israel is helping to lay the groundwork for the success of the future Belt & Road. Simply speaking, Israeli expertise in Africa compliments the needs of Chinese business across the continent.
Just as Israel expands its diplomatic profile across the Sunni Arab world, creating an improved environment of stability and growth in an area of interest to China, so too the increased cooperation between Israel & African states creates a more stable base for China interests there. Improved relations between the Jewish State and the African continent reflect improved peer-to-peer bonds and broader policy coordination, two significant tenets of the BRI. As Israel builds strong ties and support from African nations in international forums, investment and policy coordination between the Middle Kingdom and the Jewish State becomes more viable without diplomatic pushback.

It is worthy of note that unlike in the 1970’s and 1980’s, Israel is now being welcomed by Muslim States. Israel’s African diplomatic achievements with these Muslim nations are having positive results. As is in the case with Israel’s diplomatic inroads into the Persian Gulf, closer cooperation with Sunni (African) nations produces increased avenues for Israeli presence, decreasing traditional conflict with Muslim states. In practice Israeli engagement with Muslim African states promotes broader international cooperation with non-traditional partners while decreasing the risk for others of closer ties with the Jewish State. All of these factors bode well for deepening China-Israel relations.

Addendum:
Since the publication of this note many important events have occurred illustrating new deeper connections between Israel and active African partners. On Dec 5, 2016 Israel, hosted ’s the 15-nation Economic Community of Western African States (ECOWAS) conference. To date this is the only time a non-African nation has hosted an event of the ECOWAS. In a sign of just how far ties have come between Israel and western African nations, agricultural ministers from seven states: Cape Verde, Gambia, Guinea, Liberia, Nigeria, Sierra Leone and Togo attended the Jerusalem based forum. Additionally, senior officials from Benin, Burkina Faso, Ivory Coast, Ghana, Guinea-Bissau and Senegal also participated in the dialog.
According to the Jeruslaem Post “Israel’s ties with ECOWAS received a significant boost late July when the organization’s commissioner, Marcel Alain de Souza, visited Israel. Netanyahu and de Souza signed a joint declaration of intent for greater cooperation between Israel and the organization, and the two-discussed deepening their cooperation, particularly in the fields of agriculture, desertification, water, education and health.”