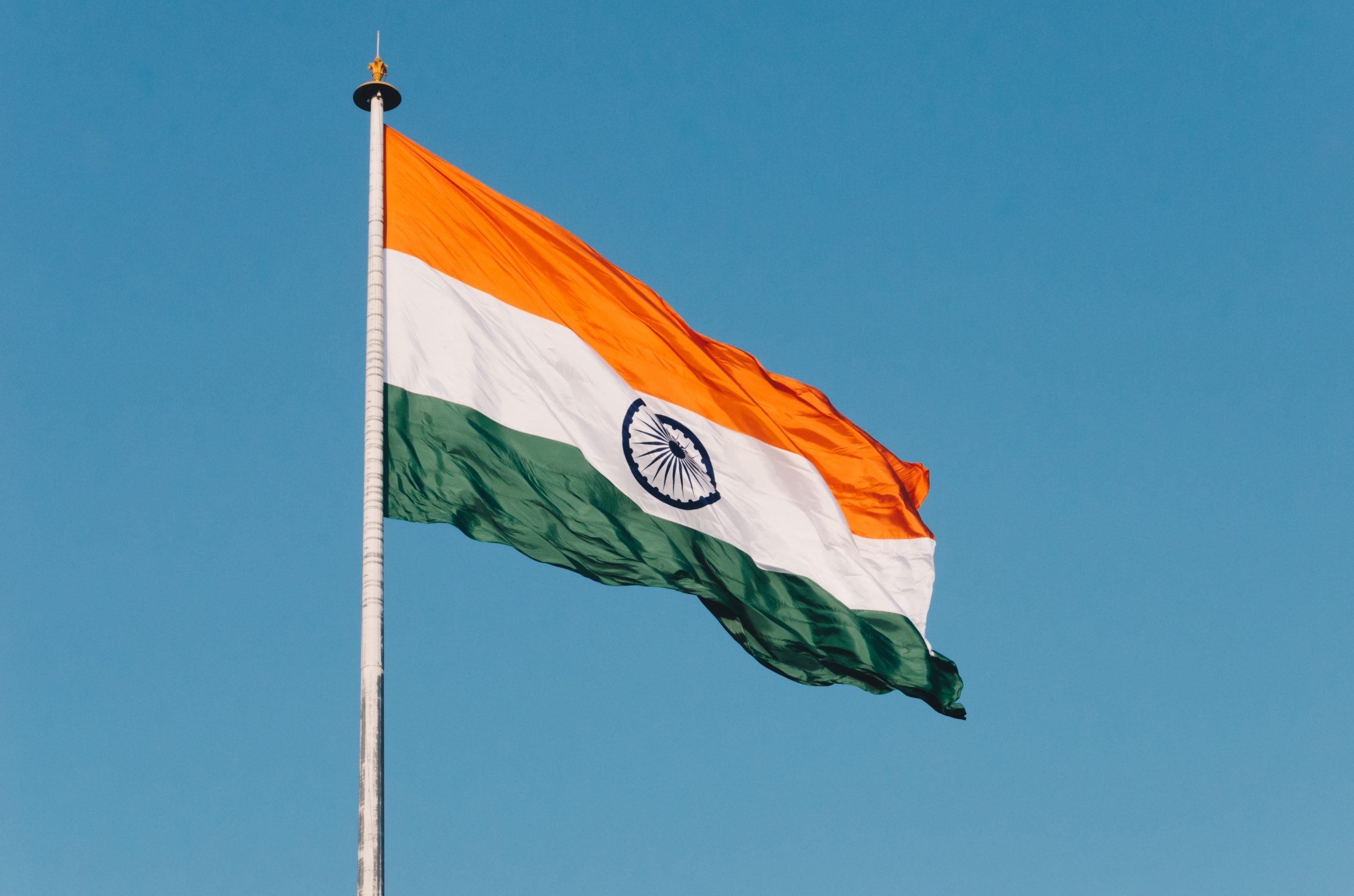 Modi in Israel: A new era for Indo-Israeli Relations

Each year, over 60,000 Israelis travel to India –many of them “unwinding” in the country after completing military service. Their presence is highly visible across much of the country. Indeed, the “giant shadow” Israelis cast in India is wildly disproportionate to the miniscule dimensions of their homeland. In some outlying locations, Israelis comprise a dominant percentage of foreign visitors. Even in central sites such as the main market in Old Delhi it is not uncommon to see Hebrew signs and encounter merchants able to converse with Israeli customers in fairly fluent Hebrew.

That Israelis seem to feel an instinctive affinity for India should perhaps not be surprising. Its history is virtually devoid of antisemitism. Indeed, the only significant incidents were the Moors’ attack on the Jews in 1524 and the Portuguese persecution of Jews in Cranganore (now the Kerala coast) some years later. Moreover, many Indian Jews achieved great prominence, among them the Sassoons (for whom the Sassoon docks, the Sassoon hospital, and other well-known sites have been named), Dr. E. Moses (a Jewish mayor of Bombay), Lt. Gen. J. F. R. Jacobs (a general in the Indian Army who oversaw the Pakistani Army’s 1971 surrender in Bangladesh and later served as governor of Goa and Punjab), Nissim Ezekiel (a poet/leading Indian literary personality), and Dr. Abraham Solomon Erulkar (the personal physician/friend of Mahatma Gandhi).

However, Indo-Israeli relations were not always characterized by such warmth.

On the political and diplomatic fronts, the two nations were largely estranged for the four decades following their independence in the late 1940s. Thus, although India recognized the State of Israel in 1950, the then-ruling Congress Party eschewed full diplomatic relations, siding with the Palestinians and denouncing what many in its ranks termed the “Zionist enterprise” as an imperialist creation of Western colonial powers.

Additional factors also weighed against close and cordial bilateral bonds: New Delhi’s fear of antagonizing its large Muslim population; pressures from the Islamic world, India’s major source of energy; the fate of the many Indian workers in the Gulf States, and the anti-Israeli attitude of the non-aligned movement, in which India was a leading member.

Moreover, in terms of strategic allegiances, an additional rift between the two states existed: Israel aligned itself firmly with the United States, while India, then traditionally suspicious of American foreign policy, opted for close links with the Soviet Union. The significant disparity between the two countries hardly boded well for mutual cooperation between them. However, since the early 1990s, with the fall of the Soviet bloc and the accelerating liberalization of the Indian economy, considerable changes began to take place, bringing with them a marked convergence of Indo-Israeli interests.

The culmination of this process took place in 1992, when full diplomatic relations were established. Since then, a burgeoning relationship has blossomed, whose vigor, cordiality and durability have taken both its proponents and its opponents by surprise.

Removing the reticence
The establishment of full diplomatic ties between Jerusalem and New Delhi allowed the underlying Indo-Israeli affinity to express itself. Yet, until the Modi government came to power there has been a perceptible reticence, or at least reserve, on the part of India with regard to its relationship with Israel.

One particular sore point was India’s consistent support of anti-Israel resolutions in international forums, such as the UN. One commentator characterized the Israeli perception in the following terms: “Israel has long complained that India treats it like a mistress: glad to partake of its defense and technology charms, but a little embarrassed about the whole thing and unwilling to make the relationship too public.”

But with the rise to power of the Modi government, this restraint is beginning to fade discernably, and India has ceased to support a number of motions of censure against Israel in several UN bodies. Clearly reflecting the impact of this change was the chagrin expressed by the Palestinian envoy to New Delhi, at India’s decision not to support a resolution condemning Israel: “We were shocked. The Palestinian people and the leaders were very happy with the UN resolution, but the voting of India has broken our happiness.”

Indeed, Modi’s effusively warm physical embrace of Israeli Prime Minister Benjamin Netanyahu, as he descended from the plane that brought him to Israel, seems to have unequivocally melted away any residual reticence that might have remained.

The visit of Indian Prime Minister Modi is undeniably a landmark event of potentially historical proportions. Attesting to this is the virtually unprecedented attention he has been given by the media and the public in Israel—far beyond that accorded most visiting heads of government.

As the first Indian premier to visit the Jewish State, Modi has unabashedly cast aside any restraint in forging future relations with Israel. Indeed, despite his country’s heavy reliance on oil from the Middle East (or “Western Asia” as the Indians tend to call it)—chiefly Iraq, Saudi Arabia and Iran—Modi appears to have come to the conclusion that India has more to gain from throwing in its lot with Israel than with the Arab States, who seem to consistently lend their support to India’s rival, Pakistan.

Two of Modi’s decisions on this trip—perhaps more symbolic than substantive—seem to distil out the essence of the new Indian approach to Israel: The one, political; the other, humanitarian.
The first was the Indian PM’s decision not to include the customary visit to Ramallah, made by virtually all visiting senior statesmen to maintain the appearance of scrupulous even-handedness in the Israel-Palestinian conflict.

Thus despite the fact that the Indian government continues to declare its ongoing support for the “Palestinian cause” there can be no glossing over the implicit message in Modi’s decision to skip—some might say, snub—the Palestinian Authority by excluding any meeting with any of its senior representatives.

In this, he showed commendable courage in flouting the bonds of the constrictive conventions of political correctness—and the willingness to break from past patterns, which bodes well for the independent development of bilateral relations in the future.

The other defining event was Modi’s decision to visit Moshe (Moish) Holtzberg, the boy whose parents, Gavriel and Rivka Holtzberg, were murdered in a 2008 attack on the Chabad center in Mumbai by an Islamist terrorist group based in Pakistan. The attack was one of a dozen carried out throughout the city in late November, 2008, that left 164 dead and at least 308 wounded.

In making this moving gesture, Modi not only showed a laudable sensitivity on a personal level, but also underscored the common threats/enemies faced by both countries and the joint perils that menace both Israelis and Indians.

So although the visit included a dizzying array of sites and installations, highlighting Israel’s capabilities and achievements in culture, technology, agriculture, and security it was these two events—resolute moral clarity on the one hand and human empathy on the other—that imparted a distinctive quality to the visit—making it one of the most memorable in years.
Indeed, as one scholar of Indo-Israeli ties, Souptik Mukherjee, pointed out: “While the visit has many dimensions, the most important aspect is not the joint development of arms, not the prospect of free trade agreement but rather the shared values and historical ties.”

Marrying “Make in India” with “Make with India”

In September 2015 Modi launched his “Make in India” initiative to encourage foreign corporations to manufacture their products in India. To date it appears to be an impressive success, with India emerging as the top destination globally for foreign direct investment, surpassing the United States and China!

In his effusive welcoming address on Modi’s arrival, Netanyahu mentioned Modi’s “Make in India” project and added a twist, suggesting an additional project: ”Make with India” in which both countries, would exploit the synergies of Indo-Israeli cooperation and engage in joint ventures across a range of civilian and military fields.

Given the huge nascent consumer demand in India, its burgeoning middle class, the daunting security challenges it faces from both state and non-state actors innately hostile to Israel as well, there is little doubt that both formulae—Israeli manufacturing plants in Israel, and joint Indo-Israel projects in either country—offer almost boundless prospects.

Referring to ongoing cooperation in the field of space, Netanyahu underscored–with a touch of hyperbole—the almost limitless opportunities a marriage of “Make in India” and “Make with India” could create. He recalled: “I remember what you told me in our first meeting – when it comes to India and Israel relations, the sky is the limit. But now, prime minister, let me add [that] even the sky is not the limit. We are also cooperating in space.”

A personal sense of vindication

While the Modi visit and the surge in Indo-Israeli ties is an historic event for the Jewish State at a national level, it is for me, at a personal level, a gratifying vindication of many years of my prior efforts.

With all due (im)modesty, I was—to the best of my knowledge—the first Israeli to write, in detail, about the strategic importance of India’s international ascendency for Israel.
Almost two decades ago, in early 1999, I published a policy paper, together with a prominent Indian scholar, the late Prof. M. L. Sondhi, one of the original pro-Israeli voices in India. The paper we collaborated on was entitled “Indo-Israeli cooperation as a US national interest. It was a paper that predicted/prescribed much of the later developments between the two countries, across a range of various fields.

We saw the resilient nature of the democratic governance of the two countries, which straddle a vast area of unbroken tyranny, as an important element in bolstering the bilateral bond between the two nations.

The durability and sustainability of democratic governance in both Israel and India should not be taken for granted. Indeed, it should be recalled that both countries’ democracies have faced serious challenges that could well have been conducive to more authoritarian forms of government. Both India and Israel are countries ringed by hostile enemies; the societies in both countries include potentially fractious and rivalrous ethnic groups, creating fertile grounds for internal strife. Both have weathered the trauma of political assassination and external wars on their borders. Yet despite these severe challenges, the commitment of both countries to democratic governance, societal pluralism and official respect for religious diversity have never wavered.

An idea whose time has come…

Significantly, one of the areas which we identified as being of particular potential was that of cooperation in the naval sphere, especially in regard to security in the Indian Ocean, predicting that, in light of the specter of a potential non-conventional threat, it would become an increasingly important theatre of operations for Israel. This has indeed proved true in light of Iran’s nuclear program, greatly enhancing its strategic importance for Israel’s navy and especially its submarine arm, which has become a vital component of Israel’s second-strike capability and its deterrence posture vis-a-vis a nuclear rival.

It is, of course, most satisfying to see many of the recommendations which Sondhi and I made come to fruition.

French poet Victor Hugo famously wrote: “All the forces in the world are not so powerful as an idea whose time has come.

This certainly appears to be the case with the flourishing Indo-Israeli nexus. Indeed, Sondhi and I concluded the executive summary of our paper thus: “…it appears that the time is right for Israel to establish a special relationship with the world’s largest democracy, similar to the relationship that it has developed with the world’s strongest democracy. ..[This], is likely to have a vital role in advancing the principles of liberty and pluralism, and insuring regional stability in an extensive and important portion of the world where such principles are under continual siege.”

Surely, then, this is an idea whose time has come.

Martin Sherman is the founder and executive director of the Israel Institute for Strategic Studies. Questions for the author may be directed to [email protected]

PrevPreviousAsian Studies Programs in Israeli universities, Bridging the Cultural Divide
NextThe Herzliya Conference – An Opportunity for the BRI in the Middle EastNext