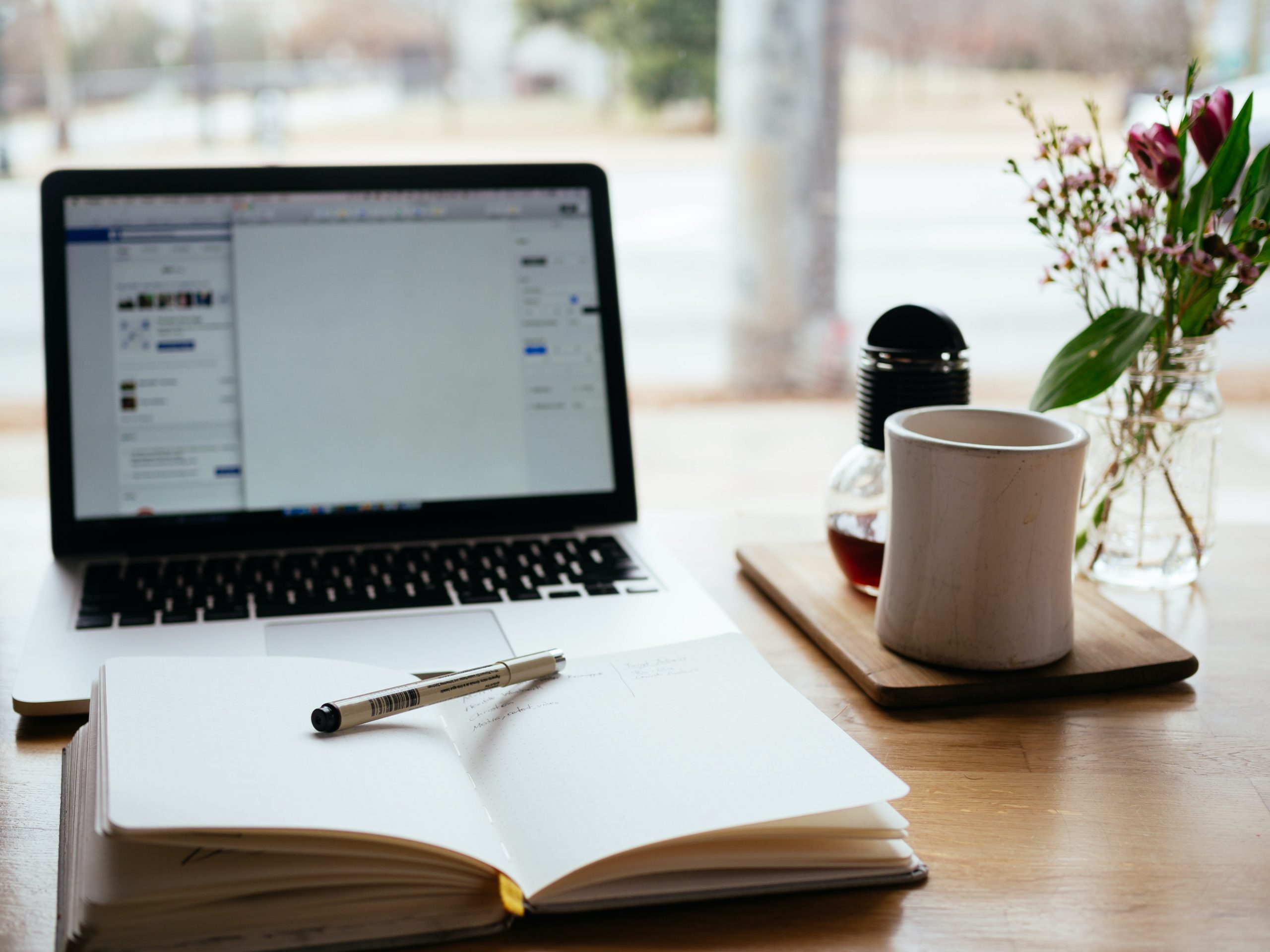 China recognizes that cultural communication is part and parcel to successful economic relations and so encourages area studies. China’s Ministry of Education recently implemented a program to establish Middle East Study Centers at universities to encourage deeper understanding of the countries in that region. Likewise, the field of Asian Studies in Israel has grown exponentially over the past five years.

The field of Asian Studies within the Israeli university system represents a critical vehicle to broaden Israel’s understanding of countries in the Orient. The most popular and fastest growing nation study within Asian Studies Programs is Chinese Studies. The strong interest by Israel’s youth to connect to China is revealed in the growth of the Chinese Studies departments at Israel’s universities. The study of China is the fastest growing field in the humanities, doubling in matriculation year on year over the past few years. Students seek a cultural, historic and linguistic understanding that is essential for building lasting connections with China. The area study contributes to students developing a more comprehensive worldview while enhancing Sino-Israeli bonds and laying the foundation for more comprehensive cooperation in the future.

In providing a forum to discuss Chinese history, language and society, Israeli based Chinese Studies Programs expose students to the rich and diverse culture of China. Just as SIGNAL’s China based, provide the catalyst to broader cultural understanding of the Jewish State, Israeli university’s Asian studies programs provide a framework that encourages students to turn East.

Israel Studies ProgramsThe development of Asian Studies departments across the Israeli university system significantly expanded with the formal establishment of diplomatic relations between Israel and China in 1992. Asian Studies departments within Israeli universities are now become common place. In addition to the establishment of programs in Jerusalem and Tel Aviv, the University of Haifa instituted its highly acclaimed Asian Studies program in 2002, followed by programs at Bar Ilan University and Tel Hai College in 2012. Both Hebrew University and Tel Aviv University have a Confucius Institute which contribute to the cultural and linguistic richness of the university campuses.

When looking at the history and aims of the various Asian Studies departments within the Israeli University system, it is important to note the significant achievements of Tel Aviv & Hebrew University. As the most prestigious and influential higher education centers in Israeli academia, Tel Aviv University and Hebrew University produce future thought leaders and policy advisors in Israel in a similar to that of the PRC. As such, the noticeable interest in East Asian Studies in both these critical scholarly centers implies a growing desire to impart valuable understanding and historical context for Israeli thinkers and future business leaders intending to operate in Asia.

Within Hebrew University’s program of East Asian Studies, founded by Prof Zvi Shifrin in 1968, over 300 students now participate in courses in concert with the Frieberg Center for East Asian Studies founded in 2006, the Asian language library and the Confucius Institute. Tel Aviv University’s (TAU) East Asian Studies department hosts the largest such faculty in Israel highlighted by the acclaimed scholars Dr. Ori Sela and Prof. Galia Patt-Shamir. TAU’s Chinese Studies emphasizes cultural nuance, modern political understanding and language. With over 30 professors in the department and 700+ students, Tel Aviv University is the Asian studies epicenter in the Holy Land, having created an Israeli home to the diverse study of the societies of Asia.

Regional studies provide the context for cultural and linguistic emersion with the explicit aim of building understanding of history and societies of distant lands. In the case of both Israel Studies in China and Asian Studies in Israel, the scholarly research of these subjects engages and influences future business and government leaders. Consequently, the increased interest and student participation in these programs is expanding not only dynamic academic partnerships but also potential for future collaboration in a range of fields from science, technology, business, finance, etc.

Students of Asian Studies appreciate the intrinsic value of language study and gaining understandings of historic context to increase their cultural acumen. They recognize that this gives them a step up in future opportunities for collaboration across economic, political and scientific sectors. Within Asian Studies departments in Israeli Universities, the teaching of Chinese history and culture familiarizes Israeli students with the quintessential events and values that shaped Chinese society. This along with linguistic study, often assisted by the Confucius Institute on campus, Israeli students are gaining the skill set needed to interact with Chinese partners while building immediate rapport and breaking down barriers of communications. Israel Studies Programs at Chinese universities provide a similar component, which can enable Chinese scholars and policy makers to better understand the Israeli psyche and negotiation style. By linking geopolitical context and history in the core curriculum, Israel Studies Programs at Chinese universities provide Chinese students with an inside track to working with and forming dynamic partnerships with Israeli industry leaders.

President Xi Jingping’s massive Belt & Road Initiative requires pragmatic, long-term vision and a desire to enhance cultural understanding across the 65+ nations along the Belt & Road, from Beijing to Brussels, Zhenjiang to Zanzibar. Emphasizing the importance of the cultural element in facilitating multilevel cooperation, the BRI has enshrined cultural exchange as one of its 5 core pillars. In order to promote vigorous geostrategic and economic cooperation, the growth of regional studies programs, such as Israeli based Asian Studies and Chinese based Israel Studies programs are vital. Realizing the potential of the BRI requires more than a basic history lesson for any nation intent on using its policies and investment to boost its global status, especially with the Middle Kingdom.

Academic exchange is a key path to closer partnerships with China and Asia at large. Responding to a growing trend in Israel to do business with China, Israeli universities have invested the financial and intellectual capital to grow their Asian Studies faculties as a core priority. Through comprehensive study and cultural exchange, such as the paths taken by the Israeli University system, nations can truly start to form an effective relationship with Beijing. By creating a diverse set of academic programs, international exchanges and joint scholarly projects, Israeli Universities are instilling the indispensable skill set necessary to work with China for generations to come.

Israeli based Asian Studies Programs Furthering the Aims of the BRI

Harmonious partnerships are fostered though the time and effort placed in understanding the other. In the case of Israel, building a more comprehensive knowledge base of China must run at all levels of society. In realizing the importance of imparting a broad geopolitical and cultural understanding upon its citizens, Israeli institutions of higher education have established world renown centers of Asian study from Haifa to Jerusalem. In perfect concert for Chinese Middle East ambitions in the form of the BRI, these programs train future Israeli leaders to better partner with China though vital insight into Chinese values and language. The Israeli based Asian Studies Programs create a two-fold benefit for Chinese investment.

A community of Israeli scholars, government officials and business leaders who already have some degree of cultural acumen regarding China are more receptive to doing business with together. The academic programs offer international scholarly exchange that is part and parcel to university level regional studies. As such, Israeli students gain first-hand experience in working with Chinese thought leaders and scholars and vice versa. For investors from China and Israel it is far easier to approach each other’s markets when equipped with an understanding of the local society. Education through the Asian Studies in Israel and the Israel Studies in China provide future business people with confidence and cultural sensitivity. By creating a vehicle to promote cultural exchange and understanding across the social strata, Israeli based Asian Studies departments lay the groundwork for fruitful and productive collaboration in science, technology as well as expansive multinational economic investments, such as the BRI.

Asian Studies and their impact on Sino-Israel Relations

Asian Studies programs expand cultural and linguistic understand while promoting an assortment of motives beyond pure economics, such as scientific cooperation or more advanced levels of diplomatic engagement. Israel, known now as the ‘Startup Nation’, is engraining in its future leaders the importance a Sino-centric approach. Simply put, Israeli based Asian Studies programs are laying the groundwork for smoother policy coordination and unimpeded trade all under the auspices of the cultural umbrella. Concurrently, as Israeli universities prepare their students for strategic bonds with China, the schools themselves are setting up a physical presence in the Middle Kingdom. From the establishment of a branch of the Technion in Shantou, Guandong, joint labs with the university of Haifa in Shanghai, or cooperative entrepreneurship programs with Tel Aviv & Bar Ilan Universities in Beijing, Israeli academia is proving its appreciation and long-term vision to link to Asian partners. With more an more students every year participating in Asian Studies in Israel, the Holy Land is quickly becoming an increasingly aware and valued center for collaboration with Chinese universities, government agencies and investment.

Realizing the core cultural ambitions of the BRI enables Israel to become a strategic cog in the broader geopolitical and economic goals of China. By nurturing countless perceptive and culturally insightful professionals in the various Asian Studies programs, Israel is quickly gaining the experience and depth of understanding vital for promoting and expanding the Sino-Israel Comprehensive Innovation Partnership.

Understanding How Culture and History Impact China’s International Relations: The Case of the South China Sea