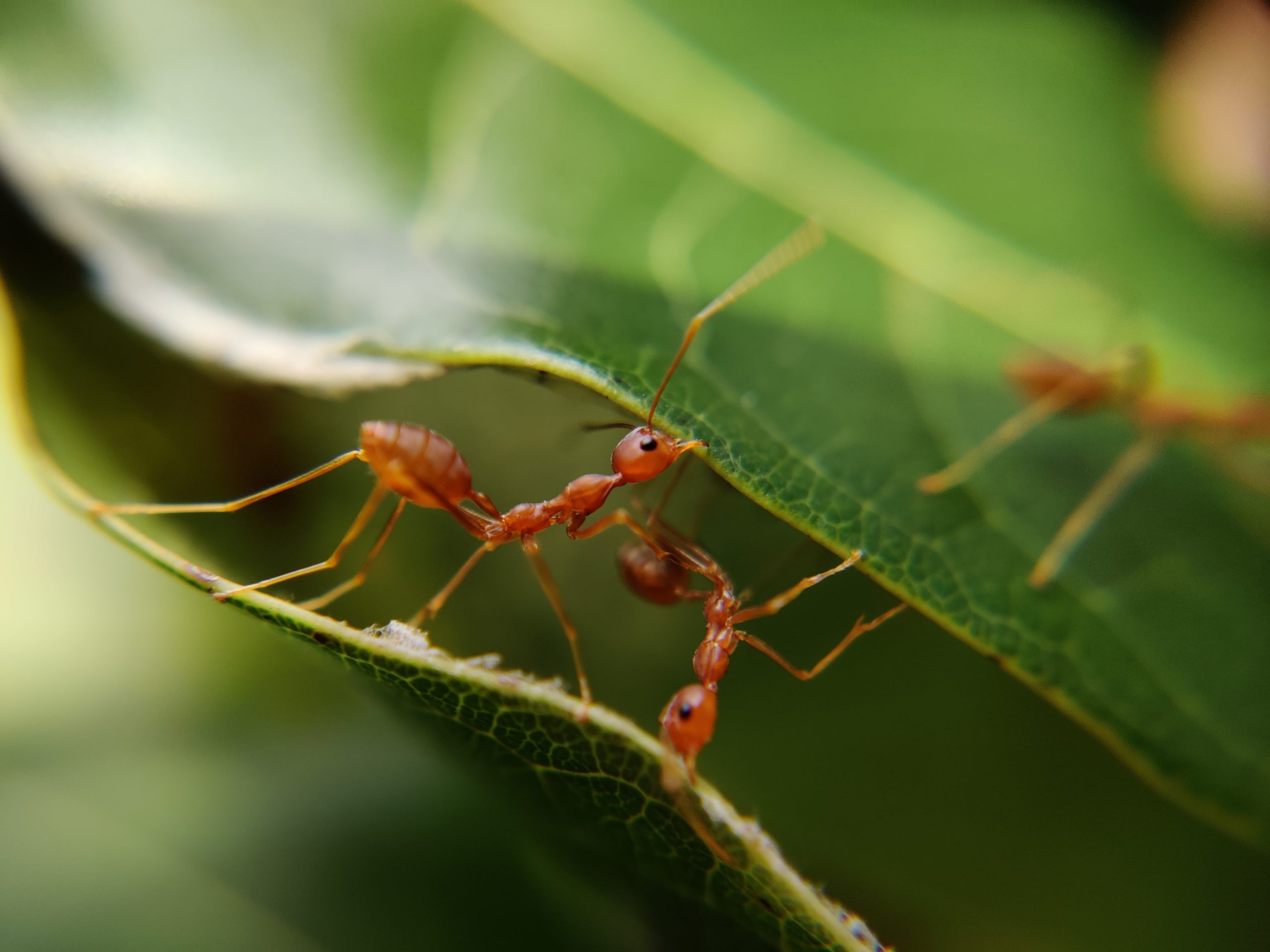 While Israel may not look at food as a national security issue, China certainly does. Until 30 years ago, food in China was scarce and the country was periodically plagued by famine. Therefore, it should come as no surprise that feeding 1.4 billion people has become a national priority and a primary focus of its president, Xi Jinping. Reflecting on China’s long history of food insecurity, Xi noted how “Memories of those days have been etched into the hearts of many and should serve as a reminder to us all.” According to author Lillian Li, “No other civilization has had such a continuous tradition of thinking about famine, and no other nation’s modern history has been so influenced by hunger and famine.” As a leading developer of cutting edge food technologies, Israel should be paying attention.

Although China has enjoyed an abundance of food for the past few decades, the memory of scarcity remains fresh in the Chinese mind. The “Clean Plate Campaign” that came on the heels of a speech by President Xi in 2020, where he announced that Covid-19 had “sounded the alarm” on food waste, epitomizes this mentality. Xi reportedly stressed that China must “maintain a sense of crisis about food security.” Restaurants in some provinces responded by limiting the order of dishes to one less than the number of people in the group. This ran counter to the typical meals where the dishes served far outnumbered the customers and much of the food was thrown away.

What prompted such a severe response both by the leadership and the society?

In a paper published in the journal Cell, Dr. Oded Rechavi, Dr. Leah Houri-Ze’ev, and Dr. Sarit Anava of Tel Aviv University’s Faculty of Life Sciences were among the first to discover that the body’s physiological responses to hardship could be inherited. In other words, cell memory likely records chronic hunger. This information is then passed down to future generations through epigenetic processes.

China has often been described as a land of famine, as food insecurity has constituted a normal state of affairs for thousands of years in China. The experience of hunger has since become so ingrained in China’s collective memory, that it shapes the Chinese mentality on food security. Throughout the millennia, Chinese held their leaders accountable for safeguarding the people from famine. Success in this became a crucial precondition for maintaining the mandate to rule. Empty granaries and withered fields were perceived as signs that the emperor had lost his divine right to lead, and, therefore, must relinquish power. Famines ultimately fueled peasant rebellions that toppled many a dynasty. The Xin, Han, Tang, Yuan, and Ming dynasties all collapsed due to famine.

During the Qing dynasty (1644 – 1912), the leadership once again lost the ability to feed its people. Between 1876 and 1879, severe drought and the resulting famine in northern China killed 13 million souls. The magnitude of this famine has led some to consider it one of the greatest mortal crises in global history. During the upheaval of the warlord period (1916-1927), more than six million peasants starved to death. Another eight million perished in the subsequent Nationalist period which began in 1927, ultimately contributing to the demise of the Nationalist government of the Koumintang in 1949.

The Great Chinese Famine, as the famine of 1958-61 is often known, was deadlier than both combined. After a decade of rule, the communist party oversaw the Great Leap Forward campaign (1959-1960), where its misguided agricultural policy ultimately hurled the country into China’s Great Famine, considered the deadliest in human history. The death toll of 36 million is greater than the number of people killed in the First World War.

Less than a decade later, Mao’s Cultural Revolution once again led to malnutrition and starvation. As Zhang Hongzhou explains in his book Securing the ‘Rice Bowl’, this cannot be erased from the memories of those in their 50s and even 40s. By 1978, two years after the end of the Cultural Revolution, food security again emerged as a significant concern. Given the historical role attributed to the leadership, the Chinese Communist Party faced a legitimacy crisis.

Under the reform and opening up policy led by Deng Xiaoping, Chinese citizens saw supermarkets grow in both size and abundance. In the 30 years that followed, nutrition improved profoundly. By 2015, Chinese boys were 4.5cm taller than their counterparts living under Chairman Mao’s rule. With only 7% of the world’s arable land, this was no easy achievement. Feeding 1.4 billion people required importing food and foodstuffs, renting large swaths of farmland from Canada to Australia, and improving output within China itself. But the latter became increasingly challenging in proportion to China’s growing wealth. Moreover, the massive growth of industrial output resulted in 15% of China’s fertile land being poisoned. China’s increased consumption of food and grain during the reform and opening up period led to a significant increase in food imports. 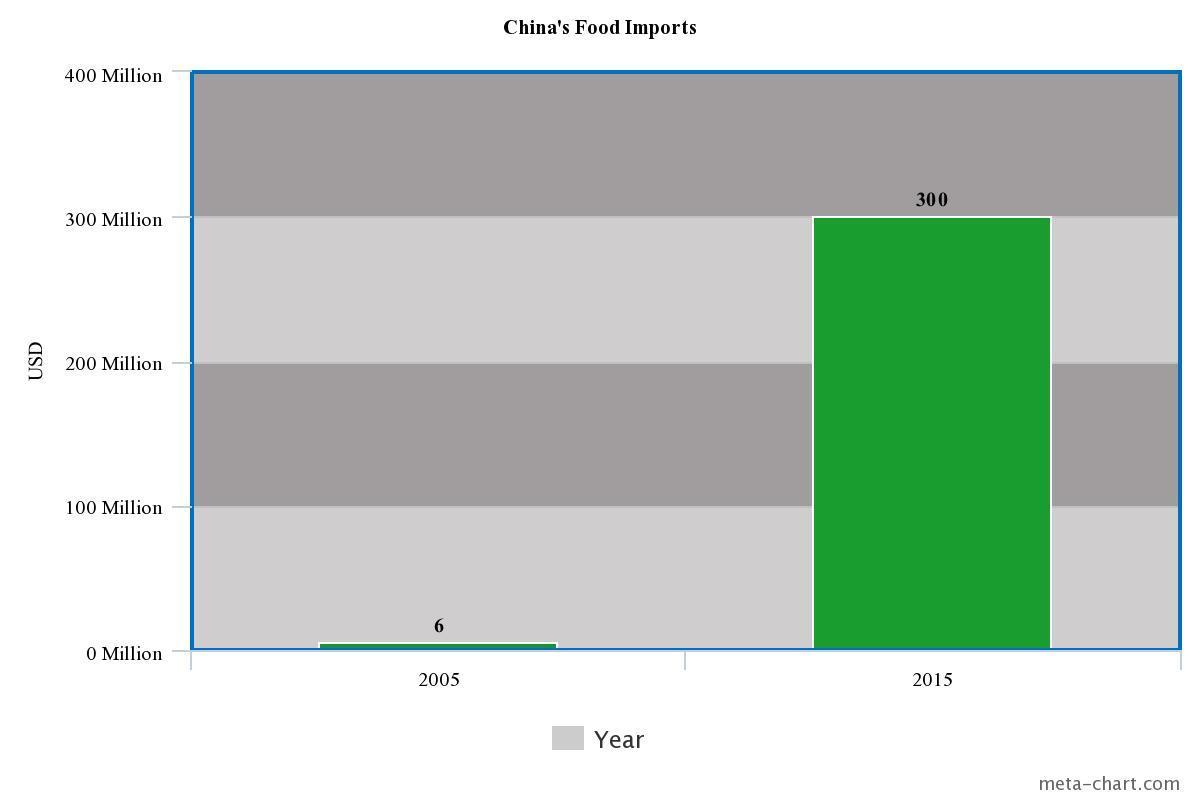 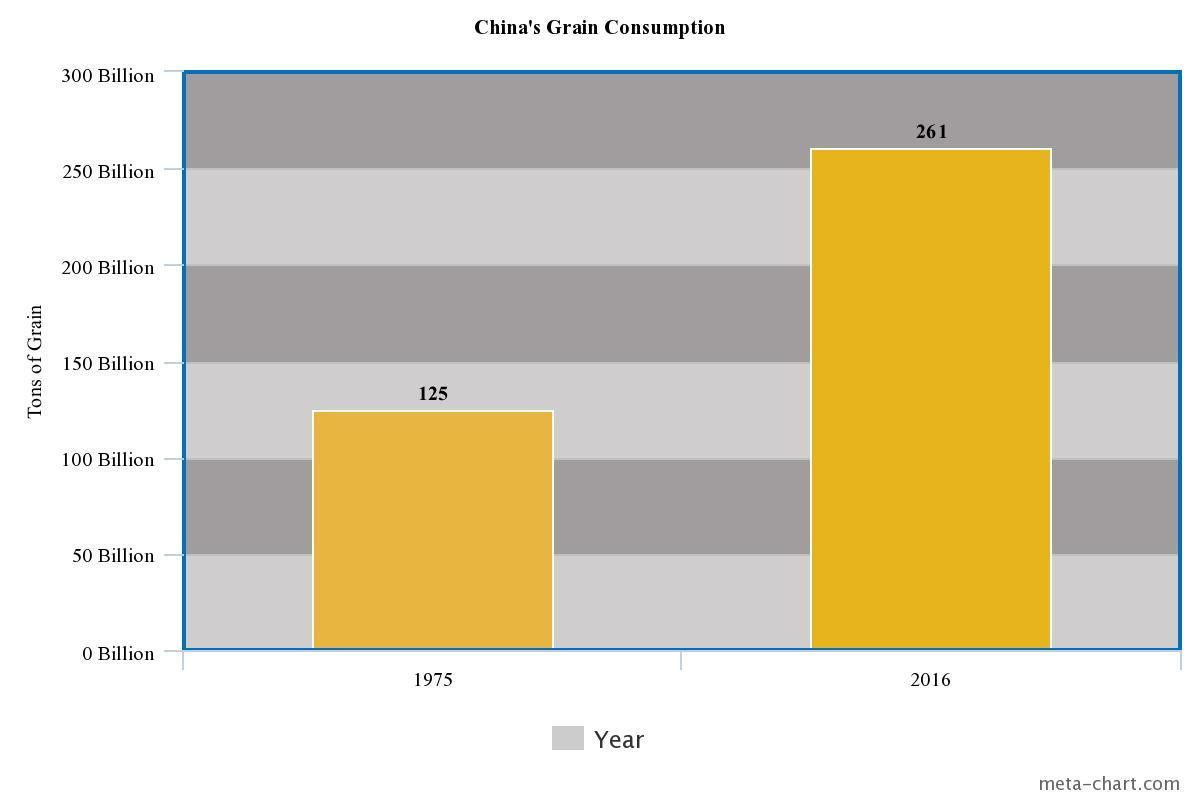 When China experienced an African swine flu epidemic in 2019, imports, once again, came to the rescue. China lost over 200 million pigs, the meat-staple of the Chinese diet (the average Chinese person consumes roughly 120 pounds per year). The result: an 86% spike in imported pork and a 65% price increase. China’s total meat imports rose by nearly 74%.

Perhaps this is why the plant-based protein company Beyond Meat Inc. was welcomed in China this year to open a production facility near Shanghai despite the fact that there are few vegetarians in China. The potential was interesting enough for the California company to make the Jianxing plant Beyond Meat’s first end-to-end manufacturing facility outside the USA. They even adjusted their product for the Chinese context, launching “Beyond Pork” for the first time. By November 2020, Beyond Meat stock soared nearly 72%.

However, the non-meat company could not solve all the problems that plagued China’s domestic crop cultivations. In 2019, irregular rainfall destroyed roughly 1.76 billion acres of farmland. A year later, the floods returned, this time affecting approximately 60 million people in the Yangtze River region. The Yangtze River’s Three Gorges Dam is over two thousand meters long and 185 m high, yet it could not contain the powerful rains. Millions of acres of near-harvestable crops were destroyed. That same year, China also witnessed ravenous armyworms pulverizing everything in their path. In under two weeks, the worms managed to destroy 200 km² of crops. By the time they had turned to moths, millions of acres of farmland had already been destroyed. From Brazil alone, China purchased 5 million tons more soybeans than the previous year. By June 2020, China’s wheat imports jumped to the highest in seven years – up by 197% from 2019. To provide some perspective, in 2016, China invested $26 billion in foreign agriculture, including investments in 100 countries. In 2018, China spent $206 billion on agricultural subsidies – almost twice as much as the EU ($110 billion).

Each year, it seems new challenges emerge that strain China’s efforts to achieve food security.  China is now facing a new challenge: battling the South American red ant that has spread to at least 435 counties in 12 provinces – around double the number of counties where it was found in 2016. Nine government departments, covering the agriculture, forestry, customs, housing, transport, water resources, railway, postal services, and health sectors, have joined forces to tackle the invading insects. The ants breed and spread rapidly, feed directly on seeds, fruits, buds, tender stems of crops, roots, shoots, and fruits of many food plants. They spread plant diseases, which has caused significant losses in agricultural production. The infestation has led many Chinese farmers to abandon their rice paddies entirely.

All considered, it is understandable that President Xi publically deemed “food waste [in the country],” as both “shocking and distressing.” Perhaps China’s leader will again seek solutions from Brightfood, the company that bought Tnuva, which before the onslaught of Covid19 in Israel, also won the Israeli government food incubator tender in Kiryat Shmona. Given China’s high expenditures on agricultural goods, if the companies incubated by Brightfood don’t solve China’s national security food concerns, maybe Israeli companies will notice the opportunity and foray into this high demand market.