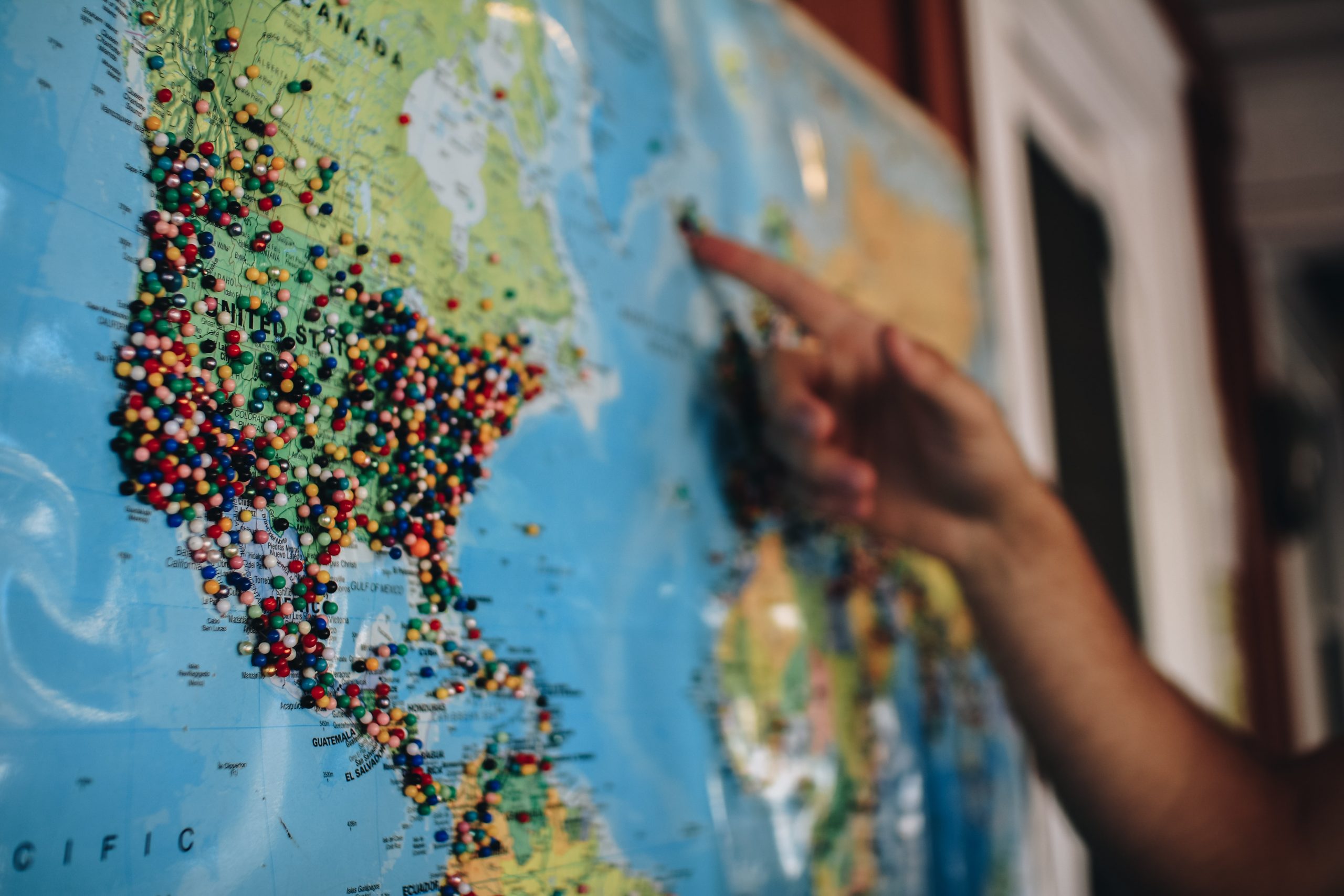 Dealing with an Ambiguous World Order, from China to the United States

Israel’s relationship with China is usually viewed from a bilateral perspective that focuses on economic issues. Sometimes, America’s view of the relationship is added to the picture.

The relationship between Israel and China exists, however, in a global context, and the character of that context needs to be clearly understood if Israel wants to preserve the widest possible range of options and avoid undesirable choices in its relations with both Washington and Beijing.

The problem with understanding this greater context is that while everyone knows that we’re living in a post-Cold War era, not much else is clear about the present international order. Francis Fukayama argued in his influential 1992 book, The End of History, that a consensus regarding the legitimacy of liberal democracy was emerging around the globe thanks to liberal democracy’s capacity to satisfy fundamental human desires for both comfort and recognition. Fukayama, in other words, thought that the post-Cold War order would be liberal-democratic.

Fukayama’s teacher, the late Samuel Huntington, argued against his student in his 1996 book, The Clash of Civilizations and the Remaking of World Order, that the post-Cold War era would see conflict break out along civilizational lines.

Fukayama and Huntington were both partially correct. The vacuum created by the fall of the Soviet Union enabled liberal democracies to emerge in Eastern Europe, while radical Islamists of both the Sunni and Shi’ite stripes have been at war with other civilizations around the globe, not to mention each other. However, Fukayama and Huntington saw only one aspect of a complex reality, and the contradiction between their claims points to the plainest fact regarding the present global order: there isn’t any.

How then are we to understand the global context in which Israel finds itself compelled to act? Bilahari Kausikan has thought deeply about the character, and attendant dangers, of the present moment of international uncertainty. An Ambassador-at-Large in Singapore’s Foreign Ministry who recently retired after 37 years of foreign service, Kausikan argues in his 2017 book, Dealing with an Ambiguous World, that, “When the international structure lacks clear definition… we can only navigate with reference to our own assessments.” The problem, he adds, is that our assessments are too often shaped by “mental frameworks” that limit our capacity to see reality clearly.
Kausikan argues against Huntington by pointing to the character of the U.S.-China relationship, “We can at least say what the relationship is not. It is certainly not a ‘Clash of Civilizations.’ For the last 200 years or so, the fundamental challenge confronting the non-western world is how to adapt to a western defined modernity… There will be no ‘Clash of Civilizations’ because we are now all hybrids.”

As for Fukayama, “History took no notice of Professor Fukayama’s theories and went rolling bloodily along.”

That said, and as Kausikan playfully admits, “Making fun of the learned is akin to shooting fish in a barrel; not very sporting, but too tempting to resist.” But Kausikan also knows that it’s not only professors of political science who substitute mental notions for reality.

Presidents, prime ministers, and diplomats also try to make the world conform to their ideas. The difference is that, unlike academics, political leaders across the globe usually don’t see the world through ideas that they have consciously conceptualized. Instead, they see the world through culturally inherited mental frameworks that they then, unconsciously, project onto political actors with very different histories and values. Needless to say, the stakes are much higher than with arguments in the academy.

Kausikan is not alone in recognizing the problem of “mental frameworks.” Edward Luttwak has written about, “great state autism,” while Henry Kissinger concludes his Introduction to World Order by noting the challenge created by different states viewing the world through their own culturally-based lenses, “In our time, the quest for world order will require relating the perceptions of societies whose realities have largely been self-contained. The mystery to be overcome is one all people share ̶ how divergent historical experiences and values can be shaped into a common order.” What makes Kausikan exceptional, however, is the humility and tough-mindedness of his focus. He doesn’t aspire to solve the problem of global (dis)order. Instead, he takes the disorder as a fact, and he then asks: how can we deal with the situation? Hence the title of his book, Dealing with an Ambiguous World.

The first step, Kausikan argues, is to recognize the special import of mental frameworks in our time. When there is a global order, as there was during the Cold War, a “clearly defined structure” limits political thought and behavior. There was only so much room for maneuvering when you were compelled to choose sides: either an American-led order or a Soviet-led order.

When there is no clearly-defined global order, however, mental frameworks that “outrun reality” are not constrained by outside forces. This is especially the case, “When major power relationships defy simple characterization and the major powers are themselves groping towards new accommodations with each other.” In such a situation, which is where we find ourselves in today, “We have no firm landmarks from which to take bearings.” Instead, the only landmarks are the signposts that one finds in one’s own mind. Kausikan thus concludes that the world is now at “greater risk” from the errors produced by limiting mental frameworks. This is particularly true of the China-US relationship, a bond that is characterized by both economic interdependence and mutual suspicion.

According to Kausikan, while we can say with confidence that the US-China relationship will be one of the pillars of the “new global architecture,” the character of their bilateral relationship remains unclear. The US and China are groping towards some kind of modus vivendi, testing each other’s limits and responses through a mixed bag of economic cooperation, pledges of good faith, trade wars (threatened and real) and military maneuvers. As the two countries muddle forward, the challenge is amplified by the existing mental frameworks of the Americans and the Chinese.

Both the U.S. and China consider themselves to be exceptional, but as Kausikan notes, China’s exceptionalism manifests itself in the belief in the exclusive quality of Chinese culture, while American exceptionalism manifests itself in the belief in the inclusive quality of American culture. The Chinese reject the idea that anyone could become like China as, “impossibly pretentious,” while the Americans believe that everyone, “wants to become like it and believes the world would be a better place if this were so.” The Chinese view the world hierarchically, with China at the top of that hierarchy, and from China’s perspective, “The best others can do is humbly acknowledge China’s superiority, the sooner the better (for everyone).” At the same time, a deep sense of superiority is embedded in the American passion for democracy, which is simply assumed to be the naturally right regime for all human beings, from Boston to Brussels onto Baghdad and Beijing. The bi-partisan shock and dismay at President Trump’s initial playing down of Russian meddling in American elections put this passionate belief in the universal value of democracy on public display. For instance, when the Republican Speaker of the House, Paul Ryan, criticized Trump, he didn’t limit himself to defending the national interest but felt compelled to defend global, democratic practice, “Russia interfered in our election and continues attempts to undermine democracy … around the world.”
How do the mental frameworks of the Americans and Chinese affect the present relationship between these two powers? “China’s rise,” writes Kausikan, “has been psychologically disquieting to many in the West because in China, capitalism flourishes without democracy.” The rise of China led by a communist party undermines the American belief in the universality of its political values. China’s rise challenges, in a very fundamental way, the American sense of self, and even American identity. The practical, political issue, however, is that while the Chinese consider the continued rule of the Chinese Communist Party to be a core interest, the Americans will find it very difficult, to say the least, to acknowledge the legitimacy of the communist party ruling in Beijing.

But it is not just the Americans whose mental framework constrains their political behavior. “If a new modus vivendi requires the US to acknowledge that different political systems can have their own legitimacy,” writes Kauskian, “it requires China to resist the temptations of triumphalist nationalism.” There is absolutely no precedent in China’s history for dealing with foreign states on the basis of equality, but that is exactly what the Chinese will have to do if they hope to integrate into the international arena without arousing resentment, never mind striking fear, throughout the world.

As for Israel, the present international reality requires that Jerusalem cultivate awareness of mental frameworks beyond its own borders. It is no accident that Kausikan hails from the small state of Singapore, a country whose leaders facilitated Singapore’s relevance on the global stage, in part, by deeply understanding both the Confucian and Western mental frameworks. Israel’s mental agility is an asset, and in the absence of a defined global order, recognizing the role that mental frameworks play in determining the behavior of various actors on the global stage is itself a powerful tool that grants a comparative advantage. Israel would thus do well to follow Singapore’s lead in cultivating a deep awareness of the mental frameworks of both the Americans and the Chinese.

What does cultivating such an awareness mean? For starters, it means that Israel’s present generation of leadership needs to be aware of the degree to which American views of China are colored by America’s democratic identity and Chinese views of America are colored by triumphant nationalism. They also need to be aware that both the Americans and Chinese suffer from “great-state autism” and are constitutionally unable to see beyond their own frameworks. Such awareness is crucial for understanding the arguments and struggles that will inevitably break out between the two powers and for designing responses that maximize Israel’s room for maneuvering on the global stage. Finally, it means that even though Israel’s political system is Western, the next generation of Israel’s political, intellectual and cultural elite would do well to seriously study the East. David Ben-Gurion presciently wrote in the 1950’s about the imminent rise of China, and he referred to Israel as a “Western Asian country.” Perhaps the time has come to adopt Ben Gurion’s perspective.

Ultimately, however, Kausikan’s book implicitly points beyond itself towards a new field of study that promises to be rich in insights, material, and practical utility. How so? If the problem of mental frameworks has become especially acute in today’s ambiguous global order, and that order will remain ambiguous for the foreseeable future, then the time has also come to design institutions and mechanisms, both local and multilateral, dedicated to shining a light on the problem. It should be noted that, thanks to its geographical position at the axis of Europe, Asia and Africa, and with a population with roots in both Christian Europe and the Islamic and Arab world, Israel has the potential to take the lead in facing the challenge.