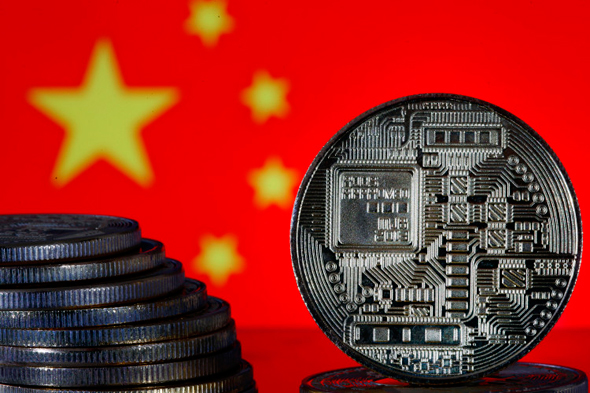 In the midst of confronting a crisis of epic proportions, the People’s Bank of China introduced the “digital yuan” pilot programs across four cities —making China the world’s first global superpower to roll out a national digital currency. That China’s leadership rolled out this project in late April while simultaneously dealing with the profound social, economic, and political challenges caused by Covid-19, reflects just how important this development is to the Communist Party.

But why is it so important to China? How will it influence the balance of power in the global arena? And what does all this have to do with Israel?

As Beijing further refines its electronic payments architecture, it is positioning itself to capture the gains of a rapidly digitizing global economy. But there is also a geostrategic logic to these developments centered around redistributing power in the global financial system.

The centrality of the dollar in international finance combined with American control over institutions like the Society for Worldwide Interbank Financial Telecommunication (SWIFT), has afforded America unparalleled power. Through these mechanisms, the U.S. can collect information pertaining to the flow of capital, block dollar-based transactions, and in some instances, ban entities from using SWIFT entirely. Many countries, including China, who wish to do business with countries like Iran but face secondary sanctions for doing so, have expressed discontent towards America’s dominance of these elements of the system.

Thus, it should come as no surprise that China has long been working to reduce American financial power. Already in 2015, Beijing developed the Cross-border Interbank Payments System (CIPS) to compete with SWIFT. China has also erected parallel institutions such as the Asia Infrastructure Investment Bank and BRICS bank.

China’s digital currency serves as another tool through which China could reshape the balance of power and create a multipolar world. In the words of Yi Gang, governor of the Peoples Bank of China, a digital Yuan “provides a functional alternative to the dollar settlement system and blunts the impact of any sanctions or threats of exclusion both at a country and company level.”

But how would this work?

Thanks to platforms like WeChat and Alipay, billions of Chinese are already used to pulling out their electronic wallets to pay for goods. While the digital yuan will first appear in China’s domestic markets, Beijing intends to promote its internationalization. To achieve this, China could provide its economic partners with incentives to use the digital yuan, such as lower tariffs on goods, discounts on infrastructure projects, and other commercial benefits. South Korea has already indicated that it may accept digital yuan payments from Chinese tourists. With China’s first mover advantage, countries seeking to leapfrog the development of electronic currency and payment systems may well seek out Chinese, not American financial technology.

If successful, China could create its own financial system that runs parallel to that of America. Within this system, it is Beijing that will see all the transactions traveling across the platform, not Washington. Whether or not the People’s Republic will succeed remains to be seen. But as U.S.-China tensions intensify, Israel needs to be aware of the national security implications of these new financial technologies. If China sets the rules, and the communist party decides who to block and who to exclude from the network, what will be the power of sanctions on Iran?

This article was first published in Calcalist https://www.calcalistech.com/ctech/articles/0,7340,L-3841041,00.html

PrevPreviousSwitzerland-China: The First Movers Advantage
NextCreation Amidst the Chaos: How Israel is Building Cultural Bridges During a Global PandemicNext