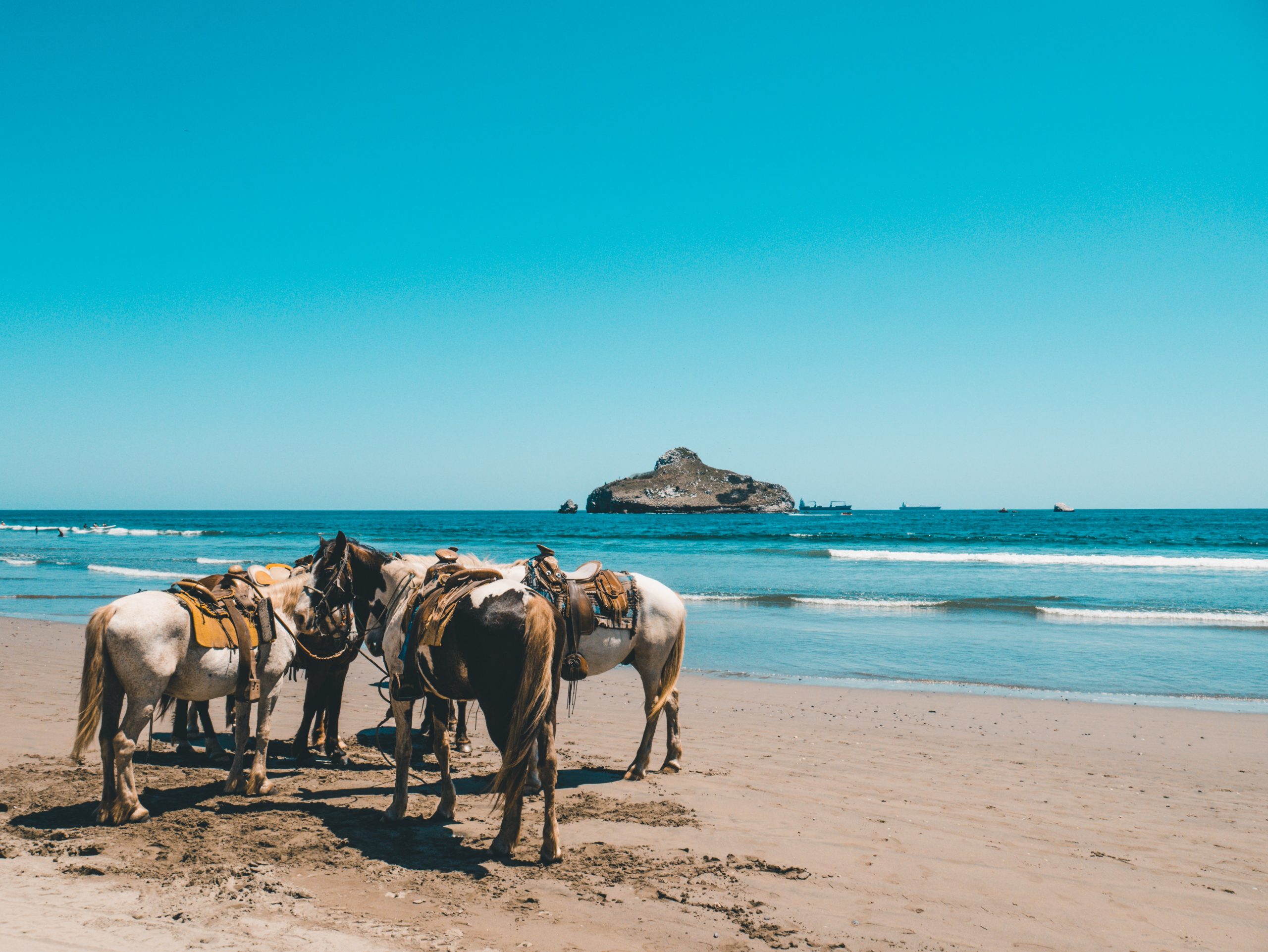 What can China’s struggle with the Xiongnu, a nomadic, horse-riding people who lived on the country’s northern frontier 2000 years ago, teach us about how the Middle Kingdom conducts its foreign affairs today? Quite a lot, so long as we acknowledge the enduring influence of China’s historical memory on present-day foreign affairs. To borrow the felicitous term coined by Singaporean Ambassador-at-Large Bilahari Kausikan, China’s “mental framework” is still shaped to a large degree by the country’s singular history.

Before delving into the specifics of the relationship between the Han Chinese and the Xiongnu, it’s helpful to consider the meaning of mental frameworks and the crucial role they play today on the international stage.

In Kausikan’s telling, when state actors engage each other, their perceptions are, to a large degree, regulated by a family of deeply ingrained ideas, assumptions, and intuitions that are a function of the country’s history and culture. These ideas, assumptions and intuitions constitute the country’s “mental framework.” The difficulty is that leaders – political and business alike – often lack awareness of their own mental frameworks. For instance, there is a dominant tendency in American foreign affairs, detailed in Henry Kissinger’s magisterial Diplomacy, to interpret international relations in light of America’s deeply ingrained democratic ideals; the decision to promote democracy in Iraq as a response to the attack on 9/11 reflected this basic American mental framework. Or consider difficulties encountered by Westerners doing business in China: Westerners often want to cut to the chase and come to agreements that will enable business interests to quickly progress. However in Chinese culture, interests are usually advanced through relationships that are slowly cultivated over time. These two clashing mental frameworks result in frustration, problems, and even failure in business and tend to create significant dissonance in the diplomatic realm.

The problem of mental frameworks in the context of international relations has also been recognized and discussed in a variety of talks by SIGNAL’s founder and Executive Director, Carice Witte, as well as by the political scientist and member of SIGNAL’s Board of Advisors, Prof. Edward Luttwak. Luttwak analyzes different aspects of China’s mental frameworks in his important book, The Rise of China vs. The Logic of Strategy, even though Luttwak doesn’t use Kausikan’s specific terminology.

This article analyzes a deeply ingrained Chinese mental framework that goes back two millennia and is rooted in, and emerges from, China’s more than 300-year conflict with the Xiongnu. The dynamics of that extended encounter continue to reverberate in Chinese memory, deeply influencing to this day how China perceives and conducts, its foreign affairs.

The Han Chinese empire and the Xiongnu first faced off as enemies along the steppe region of China’s northern frontier around the year 200 BCE. The agrarian Han Chinese were in a vulnerable condition at the time, still recovering from the fall of the Qin Empire in 206 BCE and without the means for successfully fighting against the horse-riding Xiongnu. Witte notes that the Han Chinese never mastered the skill of hitting moving targets with bow and arrow astride galloping stallions, while the Xiongnu’s mounted archers, the most effective warriors in the region, were trained in this practice from childhood. After numerous losses to their northern neighbors, the Chinese realized that even if they began to train their farming youth to ride and shoot, it would be a generation or more before they would be able to successfully face their northern enemies.

If the Chinese couldn’t compete on the battle field, how could they stand up to the aggressive Xiongnu? In order to formulate an effective strategy, the Chinese realized it would be advantageous to learn about the Xiongnu from the inside. There were no universities to attend 2000 years ago, so cultural knowledge was acquired through marriage between elites, a practical path for integrating into and learning about other societies. The Han Chinese thus offered the Xiongnu, “Heqin,” a marriage alliance, in which the eldest daughter of the Han Emperor was married to Maodun, the son of the founder of the Xiongnu empire. The Xiongnu accepted. And once the Han were firmly situated in the Xiongnu’s center of power, they were able to observe and influence their northern enemies.

An additional tool deployed by the Han exploited the rustic Xiongnu’s desire for comfort and convenience. The author of this policy was Liu Jing, the leading advisor to the Han emperor. As Luttwak writes, Liu sought to ultimately defeat the Xiongnu through “induced economic dependence” and “indoctrination.” How did it work?

The Chinese habituated the Xiongnu to fine silks and other advanced crafts and, in so doing, created a kind of induced economic dependence. Initially the goods were provided as tribute, implying that the Han acknowledged the superiority of the Xiongnu. In return, the Xiongnu promised to refrain from invading China’s northern frontier. In the meantime, the Han Chinese were able to deploy their third tool, namely, indoctrination. With marriage alliances providing access to the Xiongnu’s ruling classes, the Chinese educated the Xiongnu’s elites in the ways of the Confucianism. What’s more, the heir to Xiongnu leadership became subordinate to the Han Emperor even “after he became leader of the mounted archers and all the tribe, because in Confucianism, the son-in-law always offers fealty to his father-in-law.” In other words, the Han Chinese were playing a long game with their more powerful northern neighbors, aiming to “undermine the entire political culture of the Xiongnu” by cultivating economic and psychological dependence. The Han carried out this complex, multi-generational strategy in order to ensure they would not remain subservient in any way to a foreign power.

What’s more, Luttwak argues that what happened 2000 years ago between the Han Chinese and the Xiongnu “remains today… the most hopeful precedent for Han dealings with powerful and violent states.” Despite the radically different circumstances of contemporary international affairs, the power of China’s historical memory produces “a conscious predisposition” to relate to dominant foreign powers in a similar manner, meaning the Chinese are still playing the long game that they learned in their war with the Xiongnu. Even as they acknowledge the superiority of the foreign power, the Chinese endeavor to learn the dominant power’s culture from the inside ̶ today through study and working abroad as opposed to marriage alliances ̶ while investing in commercial relations that foster their own indispensability.

Is Luttwak correct? Perhaps. It’s also possible that China’s historical predisposition not to focus exclusively on military means, but to deploy the military as one part of a greater, organic whole also can be traced back, in part, to the Chinese experience with the Xiongnu. This isn’t to say that the military dimension of Chinese strategy isn’t significant. It certainly is. But there is a post-Cold-War Western tendency to size up Chinese power in military terms that is disconnected from other analyses of Chinese policy and behavior. This tendency then dovetails with the Western intellectual predisposition to compartmentalize various aspects of reality. Altogether, it adds up to a deeply ingrained mental framework for viewing the Chinese that fails to see how military strategy functions as part of a larger integrated whole. And in missing the larger, cohesive picture, Western observers and actors are liable to miss the way in which the Chinese are advancing their interests around the globe.

Ultimately, while revisiting China’s clash 2000 years ago with their northern nomadic neighbors might seem to be an esoteric enterprise, the inquiry serves a very practical purpose. It’s a visceral reminder that the conduct of international affairs rests on deep cultural foundations, and in the present case, if we fail to see the historical depths, we’re liable to miss what’s taking place on the surface.