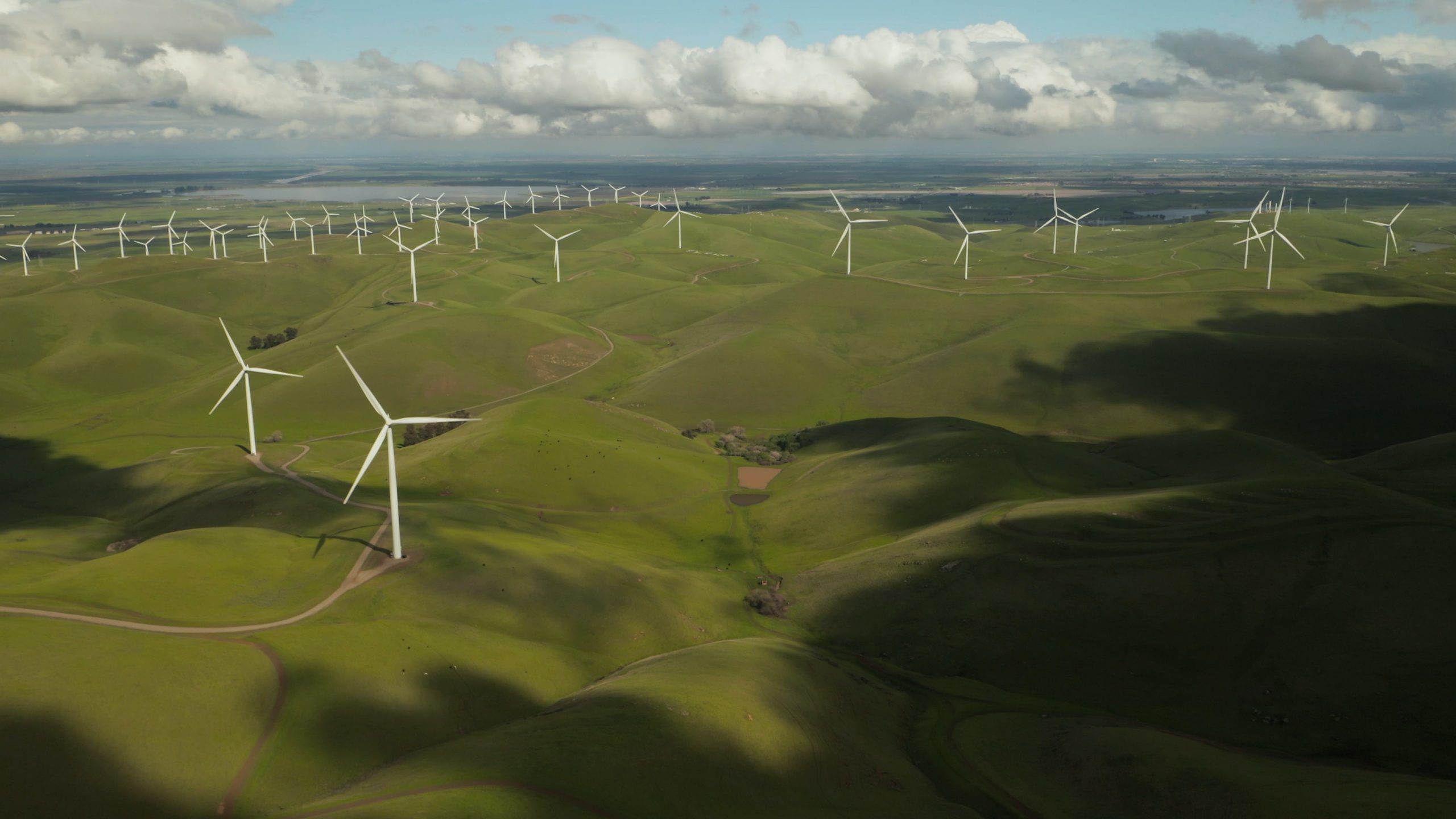 Rising global demand on agricultural production is generating innovative and ecologically friendly solutions to the age-old issues of increasing production and efficiency in resource management. Israel’s the Volcani Center has become an international hub for this cutting edge agricultural research. By providing a pipeline for creative products, technologies and algorithms to help alleviate resource waste while increasing production, Israeli agricultural developments are helping end global strife and revitalizing farming practices across the world. To give context to how the Volcani Center’s innovations can continue to impact China and the Belt & Road Initiative (BRI), SIGNAL Note 27 will focus on the potential for expanded agricultural cooperation between Beijing and Jerusalem.

Through the conduit of the Volcani Center, the research arm of the Israeli Ministry of Agriculture, Israeli advancements are increasing crop production while lessening waste and inefficiency in fertilizer distribution, irrigation and pest control techniques. Israel brings to the global market technological innovations. This essay aims to draw clear connections between the these innovations and the major projects across China and the countries participating in the BRI. SIGNAL Note 27 will illuminate how the prospects for a more comprehensive Sino-Israeli exchange can be fostered through the development of Israeli agricultural technologies.

In the 95 years since its founding in 1921 in the Israeli town of Beit Shemen, the Volcani Center has become the Israeli epicenter of agricultural technological advancement and innovation. It is the official research element of the Israeli Ministry of Agricultural, as well as an accredited research center for the major Israeli universities of Israel including Hebrew U, Tel Aviv U, Bar Ilan U, Haifa U. The Volcani Center has become synonymous with the game-changing agricultural technologies and seed breeding programs which have made Israel a global leader in agricultural innovation.

Driven largely by the technological and food science advancements of the Volcani Center, annually, Israeli agricultural exports top $3.8 billion, of them $1.4 billion in fresh fruits, and vegetables, according the Israeli Ministry of Agriculture and Rural Development. Israel exports roughly $1 billion worth of fresh fruits and vegetables a year to the European Union, which is by far its largest market, followed by Russia ($227 million) and the US ($78 million)1. In realizing the potential of Volcani advancements, Israeli farmers are feeding countless people beyond their humble borders.

Within its 6 separate research centers, scientists at the Volcani ARO seek to better understand agriculture under arid conditions and on marginal soils, such as those impacting Israel and many nations of the BRI (See SIGNAL Note 13). Gaining significant international press, Volcani’s expansive breakthroughs in irrigation using effluent and saline water as crop cultivation in protected environments have changed what is now considered arable land for agricultural production. Israeli agronomists and researchers use Volcani’s facilities to develop freshwater fish farming techniques, as well as seed breeding programs. Volcani’s cutting edge researchers are also developing of new strains of crops and domestic animals which are better suited to adverse conditions and are likely to become even more prevalent in future global ecosystems.

With the explicit aims of enhancing food security, sustainable ecological development as well as educating future generations of agronomists and agricultural researchers, the Volcani Center presents a unique blend of R&D facilities unseen elsewhere. Due in large part to the complicated agricultural challenges of increased global populations and environmental sustainable solutions, Israeli scientists at the Volcani Center are rethinking how to help solve problems across the agricultural domain. Through this center focused on resolving the diverse ecological issues impacting the world, Volcani scientists have had some notable success stories.

A case in point is the development of varieties of tomato plants that are resistant to viral disease and have increased yields. The added yield is in spite of require less water. Furthermore the irrigation water can have higher salinity. In a naturally non-genetically modified process, scientists at the Volcani Center have produced tomatoes which can withstand blight and drought and still meet demanding harvest quotas. Cross bred with the Israeli invented, Volcani developed, world renown cherry tomato, these varieties have shown market viability and customer approval across the board.

In Chinese markets, the agricultural advancements made by the Volcani Center in tomatoes and other produce could expand shelf life and improve taste while significantly decreasing the resources needed to generate enhanced production demands. According to Moshe Lapidot from the Department of Vegetable Research in the Center of Plant Sciences at the Volcani Center, “One of our biggest potentials is China, a new market for tomatoes. It’s a rising market and, surprisingly, China is now one of the world’s largest producers of fresh market tomatoes.”

In the field of animal science, the Volcani ARO has pioneered new vegetarian based animal feeds which utilize agricultural waste and food industry byproducts. These are engineered to create nutritious and cost-effective alternatives to existing animal feed systems. This new food source relies upon previously worthless waste products. Israeli scientists who created this ‘conservation animal feed’ may have unlocked a vital avenue to feed livestock and decrease agricultural waste at low cost. For China and the BRI, the animal feed solutions generated through the cooperation of the Israeli Ministry of Agriculture could significantly decrease food production costs, while providing an ecofriendly means to dispose of countless tons of waste. Encapsulating the broader Israeli ethos that necessity is the mother of invention, the Volcani Center is pushing the limits of agricultural technology for the benefit of the global community.

In the post-harvest sector, advancements made by researchers at the Volcani Center have generated new non-toxic methods to increase storage potential and taste quality. In terms of market viability, two methods developed at Volcani ARO appear best suited to Chinese market demand. The first, a process of exposing apples and other fruits to nitrogen for one week. This cuts off the oxygen source, significantly reducing the phenols produced. In using this Nitrogen treatment, Israeli scientists are keeping fruits’ natural color and flavor longer without the use of chemicals. For potatoes and other potentially long storage produce, Israeli researchers have developed a natural, mint oil solution. When this oil is applied in small doses, it significantly increases storage time without sprouting. For Chinese domestic production, these Israeli generated agricultural solutions could decrease food waste and agricultural inefficiency from farm to consumer. Chinese investment in the developing world, through the context of the BRI, could capitalize on these Israeli advancements to stabilize markets, prevent hunger and increase good will between potential trade partners.

How can China utilize the Volcani Center’s innovations?

Innovative technology and ecologically sound solutions, like those emanating from the Israeli based Volcani Center, are changing how the world farms. For Chinese agricultural producers, Israeli agricultural advancements could enable higher domestic yield while lessening the economic burden of inefficient practices. The solutions could assist in helping solve agricultural issues from poor irrigation methods to insufficient feed, to wasteful ferritization distribution. Israeli best practices in water management, non-genetically modified plant engineering, and natural solutions to pest control have proven to increase Return on Investment (ROI) and total yield in projects in Africa, Asia and Europe. In terms of both expanding Chinese domestic production and ensuring agricultural sustainability of any number of BRI partner nations, Israeli agricultural technology such as that developed at the Volcani institute could be the difference between subsistence farming and long-term profitability.

The growth in relations between Beijing and Jerusalem, highlighted by the newly consecrated ‘Comprehensive Innovation Partnership’ could very well provide the framework whereby Volcani innovations impact China and the BRI. Under the auspices of the Ningxia-Israel Training and Demonstration Farm, Sino-Israeli agricultural partnerships are increasing. Through stronger bonds of professional friendship between Israeli and Chinese scientists and scholars, technological advancements and practical agricultural understanding stand to benefit the lives of hundreds of millions of people worldwide. 3

How can the Volcani Center facilitate closer Sino-Israeli cooperation?

Sino-Israeli cooperation is often dictated by the geostrategic or technological innovations being developed and improved upon by the Jewish State. As Israel increasingly becomes a vital global player in the spectrum of agricultural advancements, the value Israel provides to broader Chinese international investment expands exponentially. Part and parcel to the strategic value Israeli agricultural innovations play in global development is the prominent role of the Volcani Center. With the dynamic and prodigious advancements coming from the Volcani Center, Israeli leaders can leverage their strategic assets for closer cooperation with willing partners.

China already purchases Israeli agricultural technology. Chinese investors are increasingly funding new innovation projects in the Jewish State. Nonetheless, there is much room for continued growth. With its massive domestic agricultural requirements and vast global investments in the form of the BRI, China stands to significantly benefit from greater involvement in the innovative and ecofriendly solutions to food production coming out of Israel. There is a clear complementarity of capital and markets from China and the cutting-edge approaches to increasing yield and resource efficiency from Israel. As such, the ability to form strong ties seems logical. As Beijing and Jerusalem increase cooperation, due in no small part to the Comprehensive Innovation Partnership, the agricultural innovations of the Volcani Center further prove how Israeli startup prowess can strengthen relations with the Middle Kingdom.