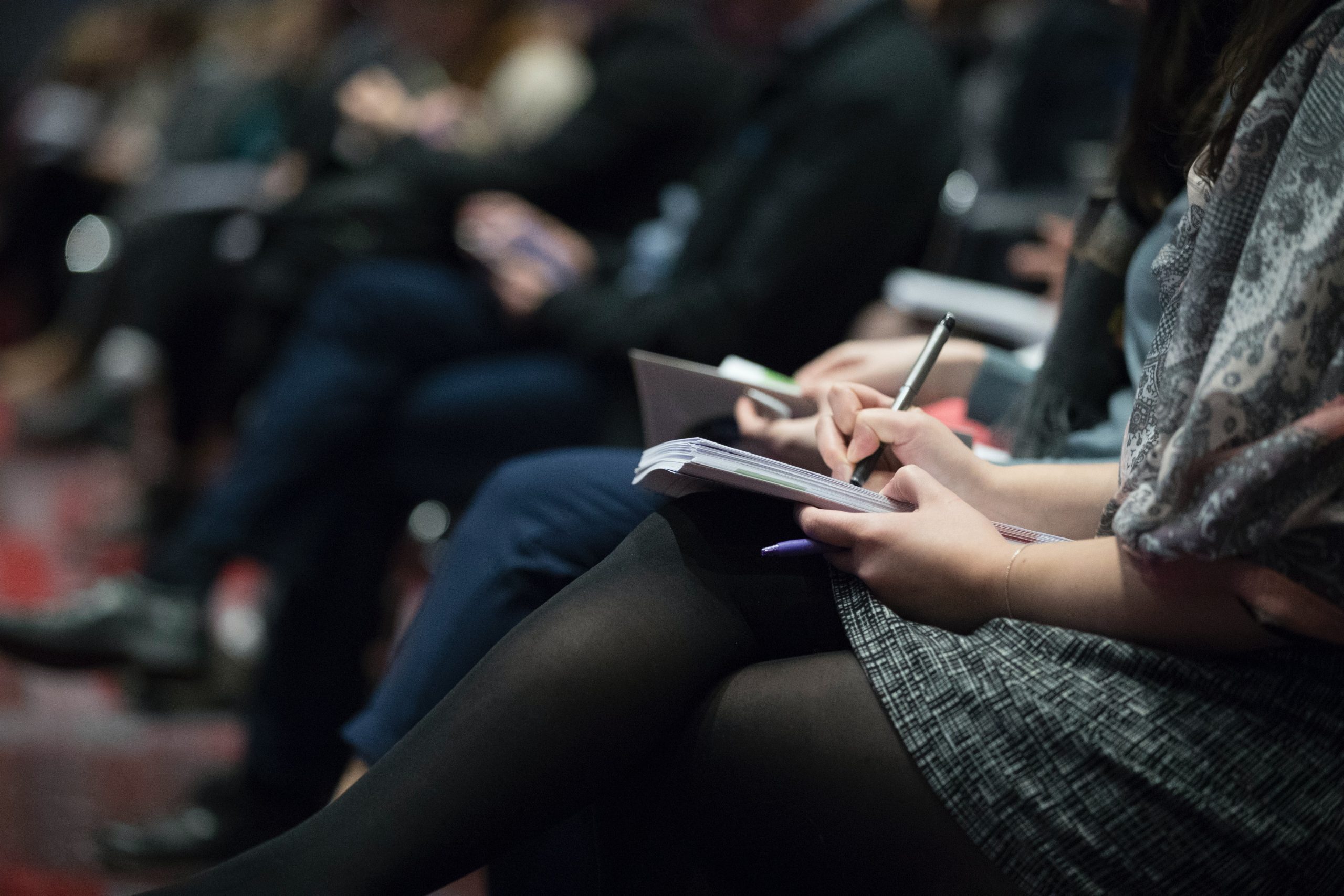 As China’s Belt & Road initiative evolves, it is understood that regional stability in the Middle East can enhance its geo-economic success. As part of the joint efforts of SIGNAL and Northwest University (NWU) in Xi’an to examine and research the Belt & Road, a conference was hosted by NWU from May 8th-9th. The topic , “The Situation in the Middle East and the Build-up of Belt and Road Initiative” sought to gain a better understanding of hoe developments in Syria may impact the Belt & Road, China and Israel. SIGNAL was honoured to bring a delegation of experts to deliver presentations at the conference. This was preceded by meetings in Beijing between the SIGNAL scholars and senior researchers in the field. Presenting on behalf of SIGNAL and Israel were Jonathan Spyer, Director of Rubin Center at IDC Herzliya and Fellow at Middle East Forum, Prof. Eyal Zisser, Vice Rector of Tel Aviv University and the holder of The Yona and Dina Ettinger Chair in Contemporary History of the Middle East and Prof. Meir Litvak Associate Professor at Department for Middle Eastern History, Tel Aviv University and Director of Alliance Center for Modern Iranian Studies.

During their stay in Beijing, the scholars met with a number of institutions working with SIGNAL. Jonathan Spyer presented at the National Strategy Institute of Tsinghua University, the World Affairs Studies Center of Xinhua and the Central Party School’s Institute for International Strategy Studies (IISS/CPS) and CIISS, the China International Institute for Strategic Studies. While in Beijing, Prof. Eyal Zisser and Meir Litvak presented at China Institute for Strategic Studies (CIIS) of the Ministry of Foreign Affairs, the Department of Arabic Studies at Beijing Foreign Studies University (BFSU), China Institute of Contemporary International Relations (CICIR), China Center for Contemporary World Studies (CCCWS), the Carnegie Center for Global Policy, China Foreign Affairs University (CFAU).

Both the conference guests and the scholars in Beijing had a rare opportunity to hear from a scholar /journalist who has travelled multiple times into the Syrian war zone; Spyer presented on his most recent trip just a few months ago and shared special insights on the present developments in the conflict as understood from his field work. He explained that the fragmentation of the state of Syria was caused by the Assad regime’s decision to withdraw from large swaths of territory to an enclave in the South and East of the country. The reason for this unilateral withdrawal was due to the narrow base of support for the regime due its being based on minority ethnic leadership.

Consequently, Syria has formed into a number of competing enclaves, each seeking to enlarge the territory under their control, consisting of territory of the Assad regime, the Kurds, the Islamic State and various Sunni rebel groups respectively. Spyer counts at least five concurrent conflicts in the country, including the war between government and rebels, the Kurdish YPG against the Islamic state supported by US airpower, the conflict between Assad and Islamic State, between the Kurds and Assad regime and between the Kurds and rebel groups.

In response to the changing dynamics in the Middle East, a number of alliances have formed. The first alliance known as the “Status Quo Alliance” comprises Saudi Arabia, Egypt, Northern Iraq, Palestinian Authority in Ramallah and, unofficially, the State of Israel. The second alliance is one of movements associated with the Muslim Brotherhood including the Sultanate of Qatar, the Republic of Turkey and the Hamas Authority in Gaza. The third alliance is among Salafi-Jihadis and comprises Al-Qaeda and Islamic State. Spyer noted that Israel is paying close attention as the active conflict spreads south towards Israel’s norther border.

Prof. Eyal Zisser shared his expertise on Syria, giving a sharp analysis as to the underlying dynamics of the present situation. The crisis in Syria first emerged due to the disrupting effects of a 2008 drought. Eventually this led to the protests of 2011. The first stage was very peaceful protests with no presence of Islamist groups. Due to the harsh response of the regime, there was an escalation. The influence of Turkey and Saudi Arabia led to a growing Islamist contingent.

Prof. Zisser noted that there has also been a progressive disengagement of the United States from the Middle East. The eruption of the Arab Spring was followed by a clear message that the USA no longer sought serious involvement with the region. Conversely, Russia, seeing the vacuum, strongly intervened in the conflict. This has led to complicated dynamics between the great powers reminiscent of the Cold War.

Despite the devastating effect of the conflict, Zisser also expressed hope that peace could return soon. War is for a large part the perception of the possibility to win. Even though the Russian presence was limited, this strengthened Assad and demoralized the rebels. At the point where it is becomes clear that winning for their side is no longer likely, people will return to regular lives, just as happened in earlier conflicts such as the civil war in Spain. Once this process begins, it will mark the start of the long road of reconstruction.

Prof. Meir Litvak offered a scholarly assessment of the role of Iran in relation to the Syria conflict. He noted that Iran sees itself and the Islamic Revolutionary state as a leader of the Islamic world, be in in the Middle East or elsewhere. Dr. Litvak explained that though Syria is secular, the country has longstanding ties with Iran over mutual interests. The countries have often stood together, especially due to their common anti-Iraqi position. Iran was instrumental in persuading Russia to intervene. However, he stressed, Russia is much more open to the Assad regime than it is towards Iran.

When the civil war broke out in Syria, Litvak explained, Iran supported the Assad regime, including the provision of economic aid to Syria and military support. However, he specified that Iran has been paying a high political price for the support it has given to Syria. Polls taken throughout the wider Middle East show a highly negative view of Iran, whereas during the Ahmadinejad regime, Iran engaged a high level of support in the Arab world. Furthermore, despite its heavy activism in the region, Iran has had difficulty in extending its support beyond Shi’ite areas. Litvak concluded that in effect, Iran both sets fire and serves as the fire brigade, since the actions of Iran in Syria have aggravated the Sunni-Shi’a rift in the region.

The conference provided a rich array of insights on the Middle East and the Belt and Road initiative, with more than thirty scholars and experts from China, Europe, the USA and Israel presenting on these topics. The speakers included Wang Yujie of Renmin University, who discussed how Northwest China will not only serve as a locus of economic development, but also a hub for the interchange of ideas and she thereby expressed hope that Chinese Muslims can share their experiences of modernization. Ma Lili gave an overview of the benefits of China-Israel cooperation under the New Silk Road project, including the cultivation of a services economy through international trade. Li Wenjian of Shanghai Institutes for International Studies evaluated relevant concepts underlying the Belt & Road program by explaining that the initiative is a response to the failure of the “Iron and Fire Logic” whereby democracy was attempted to be imposed by force, in favor of the “Silk Logic” entailing peace and cooperation, openness and inclusiveness, mutual learning and development with an emphasis on development for all parties.

Northwest University and SIGNAL were pleased to cooperate in the conference as part of the ISP cooperation. All of those who attended were encouraged by the strengthening of relations between the Middle Kingdom and the Jewish State and the new opportunities for joint study and research.