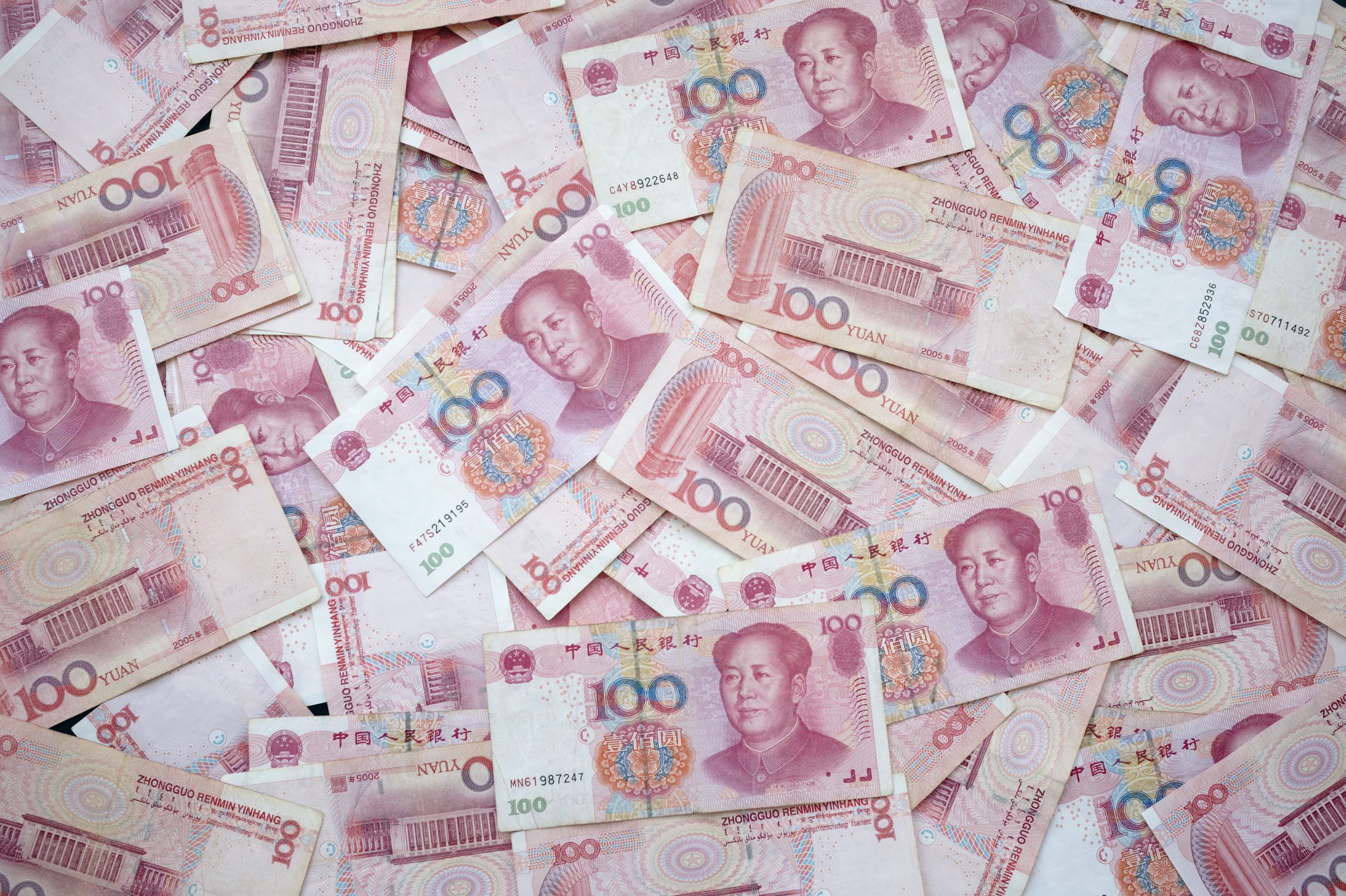 The People’s Republic of China does not seem to want people to think that its digital yuan holds any potential to influence global power dynamics.

In March this year, China’s state-run Global Times ran a piece titled “China’s digital yuan trials completely irrelevant to geopolitics.” Nevertheless, analysts on the other side of the Pacific seem to harbor a different view.

The Biden administration has since begun eyeing potential threats from China’s virtual coin. While pundits continue to express a mostly polarized view of the matter, both perspectives seem to miss the point.

In April 2020, after six years of development, the People’s Bank of China (PBOC) launched the first pilot program of its Digital Currency Electronic Payment (DCEP) in Xiangcheng District, Suzhou. Since then, pilots have expanded to Shenzhen, Chengdu, Xiong’An and Shanghai.

By November 2020, upwards of 2 billion renminbi (RMB) of DCEP reportedly circulated across four million transactions using an app connected to China’s six major state-owned banks. China plans to have the DCEP ready for widespread use by the 2022 Winter Olympics, putting it on track to be the first country to issue a virtual currency.

An alternative to SWIFT?

All this talk of subversion, reshaping and reform might make one wonder about the alleged geopolitical insignificance of the DCEP.

Huang even took the time to explain how the virtual currency could serve as an alternative to SWIFT (Society for Worldwide Interbank Financial Telecommunication), which he called “financial instruments for the United States to exercise global hegemony and carry out long-arm jurisdiction.”

In theory, Huang is correct. China could very well utilize the digital payments platform to evade being flagged by SWIFT and continue “business as usual” with countries sanctioned by the US, such as Iran and Venezuela.

This assessment, however, fails to appreciate that China has already found creative ways to avert US restrictions. As Reuters reported, after America imposed sanctions on Venezuela in early 2019, crude from Petróleos de Venezuela SA to China was rerouted with the help of Russian state-owned oil company Rosneft.

Deliveries were allegedly made to appear as if they had originated from Malaysia. Moreover, China already created an alternative clearance and settlement mechanism to SWIFT in 2015 known as the Cross Border Interbank Payment System (CIPS).

These developments are indeed concerning to America and its allies like Israel, who view Iran’s behavior in the Middle East as a destabilizing force in the region. Even so, the prospect of using the digital yuan as but another tool to subvert sanctions is a far cry from dethroning the dollar as the global reserve currency.

Since the International Monetary Fund (IMF) added the yuan to its Special Drawing Rights (SDR) basket in 2016, it has failed to gain widespread international use. As of February 2021, estimates of the yuan’s total share of global payments stand at roughly 2%.

Notably, the vast majority of China’s trade – 93% of imports and 95% of exports – remain denominated in US dollars.

In an effort to accelerate the yuan’s internationalization, China might well seek to incentivize countries along its Belt and Road Initiative to utilize the DCEP to pay for infrastructure projects. But the DCEP isn’t about to convert the roughly US$16 trillion in offshore dollar deposits at international banks into the equivalent yuan value.

Here is where Western analysts tend to misread the tea leaves: the DCEP wasn’t designed to threaten the dollar’s dominance in the first place. Instead, its creation was inspired by long-standing domestic concerns that have more to do with the Chinese Communist Party’s (CCP) need to exert control over the financial system.

After all, China’s financial system has long served as the central pillar of its state-led development model, facilitating experimental economic reform while maintaining centralized political control by the Party.

As China’s economy catapulted to the ranks of second largest globally, this glorious feat was accompanied by the emergence of a massive shadow banking system and an explosion of financial crime.

To lend perspective to the gravity of the situation, China’s Ministry of Public Security (MPS) reported that in 2019 its security apparatus investigated 159,000 financial crime cases, recovering an estimated 100 billion yuan ($14 billion).

According to MPS calculations, illegal gambling alone is responsible for about 1 trillion yuan ($145.5 billion) worth of funds flowing out of China annually. Director-General of the International Cooperation Department of the MPS, Liao Jinrong, explained that gangs running these operations have been using cryptocurrencies to collect and transfer funds, making these transactions incredibly difficult to trace.

Meanwhile, Chinese regulators estimated that in 2019 the shadow banking system was worth almost $12.9 trillion. Shadow banks emerged about a year after the 2008 global financial crisis, providing “non-bank credit intermediation.”

Their inception was largely inspired by the desire to evade credit restrictions implemented shortly after rolling out a 4 trillion RMB post-crisis stimulus package. At the time, the CCP was willing to tolerate the shadow banks as a means to stimulate the post-crisis economy.

But by 2016, China’s mounting debt began to raise serious concerns among Chinese decision-makers. At the time, Zhou Xiaochuan, who headed the PBOC from 2002 to 2018, cautioned officials that a failure to curb financial risks on the mainland could well lead to a “Minsky Moment” – the collapse of asset prices ignited by debt or currency pressure following an extended period of growth.

A financial crisis is among China’s greatest fears. Anything that endangers financial stability jeopardizes the reputation of the Communist Party and subsequently has a disproportionate impact on the trust and confidence of its people.

The recent crackdown on massive tech companies like Alibaba and Ant Group is emblematic of the Communist Party’s fears and represents a stark transition from the PRC’s traditionally laissez-faire approach towards fintech companies.

The CCP’s shift in attitude is intimately linked to issues inherent in the shadow banking system – namely, the threat of illiquidity from offering high-risk loans and insurance services.

The fintech giants’ growing “independence” has somewhat spooked both the ruling Party and President Xi himself. Having control over massive amounts of data and their immense popularity instills the potential to criticize the PRC – as in the case of Jack Ma.

This has not been viewed favorably by the Party. The PBOC has since enlisted Ant Group and Tencent in helping to realize its DCEP ambitions. Perhaps a case of “keep your friends close.”

The DCEP serves as a tool for the Chinese government to regain control over domestic financial crime, stabilize the financial system and protect China’s national security. Unlike many anonymous and decentralized cryptocurrencies, the DCEP is monitored and backed by the PBOC, affording China’s leadership supreme control over all transactions.

As Mu Changchun, the director of the Digital Currency Research Institute of the PBOC explains, the idea behind the DCEP is “to protect our monetary sovereignty and legal currency status.”

Notably, the DCEP enables more than just better monetary policy. It allows the Chinese government to integrate data collected on other platforms like the social credit system to generate a more detailed picture of individual users’ buying patterns.

The ability to more effectively track financial behavior means the PRC will be better equipped to identify patterns in financial transactions, predict future trends and prepare the market accordingly.

By design, the digital yuan has little to do with replacing the US dollar. But that doesn’t mean its rollout won’t have global ramifications. As David Goldman, deputy editor at Asia Times, argues: “China is creating a new system of world trade and finance that will – as a byproduct – replace the methods of trade financing that have remained in place since the Venetian Republic introduced them in the 13th century.”

The integration of China’s financial technology with other core innovations in artificial intelligence, 5G, quantum computing and the blockchain will position Beijing to capitalize on the transformation in trade and finance catalyzed by the Fourth Industrial Revolution.

The massive amounts of data available to China will serve them well in testing and fine-tuning these platforms. When combined with China’s profound entanglement in global supply chains, these developments may very well come to influence the geopolitical status quo.

This article was originally published in the Asia Times on May 28th.