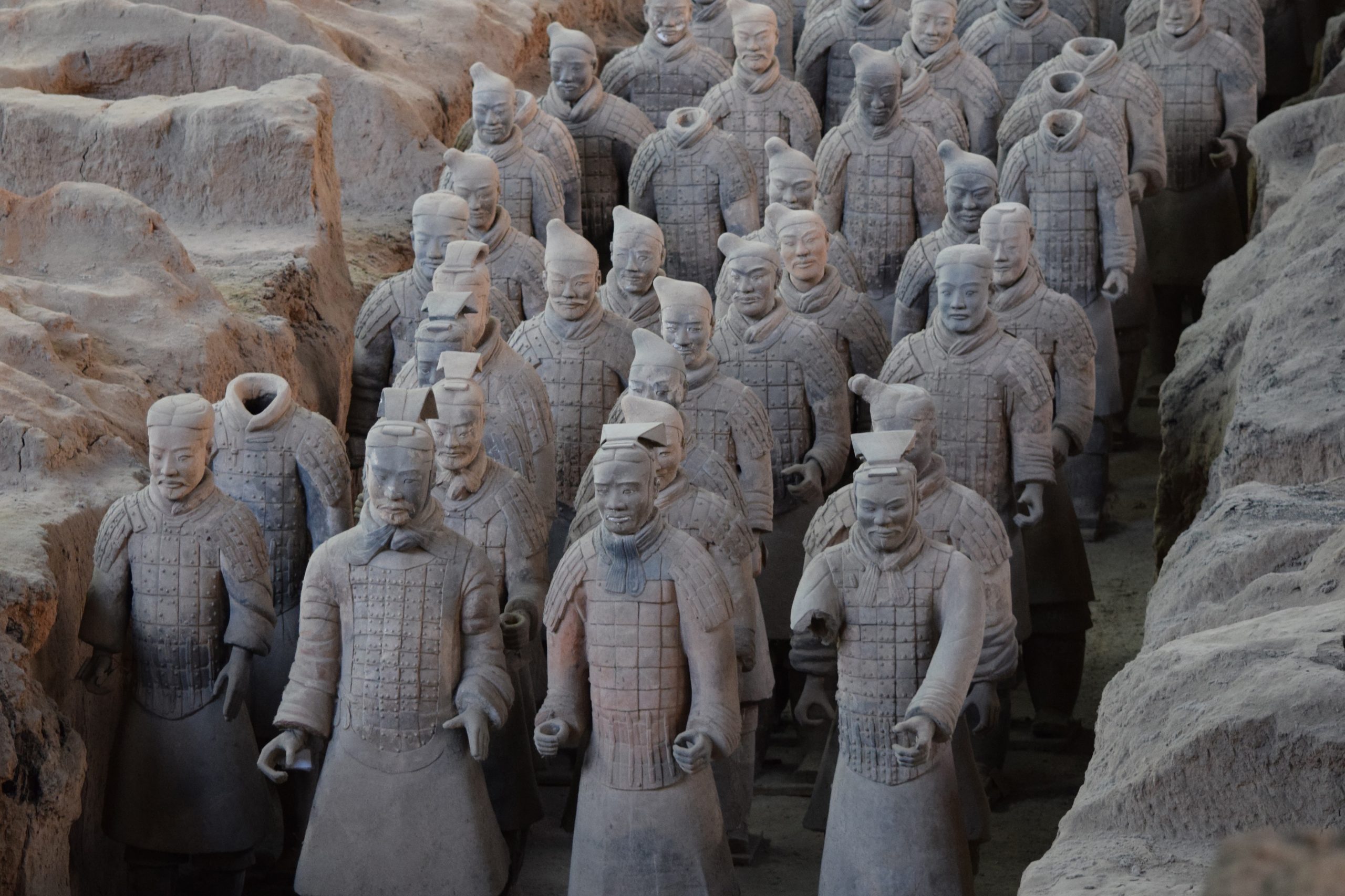 The Impact of Culture and History on China’s International Relations

Is China an up-and-coming aggressor determined to govern the global order? That seems to be the conventional view among some Western pundits and politicians. From snubbing former U.S. President Obama upon his arrival at last year’s G20 summit, to not participating in the arbitration of the South China Sea territorial dispute, China appears intent on throwing its weight around as it rises to prominence on the international stage.

While it’s true that the People’s Republic of China jealously protects its national interests, the conventional view is problematic because it lacks the broad historical-cultural perspective that is necessary for evaluating Chinese behavior. As Israel continues to strengthen its connection to the Middle Kingdom, it’s important that Israel’s leaders know how to assess Chinese behavior independently of the Western conventional wisdom. The 2016 South China Sea ruling is helpful for illustrating what the Western perspective misses.

In July, 2016, an international tribunal at the Permanent Court of Arbitration ruled against Chinese claims to “historic rights” in the South China Sea and in favor of the Philippines. After the decision, The Economist articulated the conventional wisdom as follows, “The judgment could… in the long run, force China to choose what sort of country it wants to be—one that supports rules-based global regimes, or one that challenges them in pursuit of great-power status.”

The problem with this formulation is that it projects a Western cultural perspective onto the Chinese. From the Chinese perspective there is no black and white dichotomy, either this or that. For the Chinese, things can be grey, complicated and in many cases contradictory. What’s more, living with contradictions is completely acceptable.

This Chinese capacity to live without absolute clarity or decisive solutions, the product of a long history that has chastened any ambition to master reality, likewise informs Chinese foreign policy. Instead of either supporting a rules-based global regime or challenging it, the Chinese are intent on protecting their “historic rights” and, as such, their domestic stability and security, while learning on the fly how to adapt to the international system. However, the legalistic approach adopted by the international community in resolving the South China Sea dispute not only failed to actually solve the problem ─ the approach didn’t change anything on the ground ─ it is liable, in conditions of extremity, to destabilize the country.

So why are “historic rights” so important to China? In referring to their “historic rights,” the Chinese are not simply arguing over lines on a map. The national leadership is defending what it perceives to be a fundamental national interest that is rooted in thousands of years of Chinese history, namely, the need to secure China’s border areas. What’s more, the present regime’s legitimacy depends, in large part, upon its capacity to protect this interest.

Before discussing the extensive Chinese experience with foreign invasions, it is first necessary to grasp how viscerally connected the Chinese are to their long history. The historical memory of Western countries is notoriously short, and it seems to be shrinking with the rise of the ‘millennials. As a result, the role that historical memory can play in viewing current events is often lost on Western observers. If, however, there is a country that should be able to identify with the Chinese connection to their history, it’s Israel.

Consider television programming. Turn on the T.V. at any one time in China and between 25%-30% of the sixty channels will be dedicated to the Beijing opera, the warring states period (475-221 BCE) and Kung Fu. Or education. Beginning at a very young age children in Chinese schools are taught the history of the Chinese dynasties, from the Xia dynasty in 2000 BCE through all of the subsequent dynasties: Shang, Zhao, Qin, Han, Jin, Sui, Tang, Song, Yuan, Ming, Qing, and until the present People’s Republic of China.

It’s true that the first leader of communist China, Mao Zedong, attempted to make China anew. But aside from the fact that in many ways Mao preserved traditional Chinese forms of governing, the great Singaporean statesman, Lee Kuan Yew, put Mao’s aspirations in perspective, “Mao wanted to erase the old China and paint a new one. But Mao was painting on an old Chinese picture imbedded in mosaic; the rains would come, Mao’s paint would be washed off, and the mosaic would reappear. Mao had only one lifetime and did not have the time or power to erase over 4,000 years of Chinese history, tradition, culture, and literature. Even if all the books were burnt, the proverbs and sayings would survive in the folk memory of the people.”

The Chinese view of outsiders is likewise based on thousands of years of history: outsiders are a threat. Throughout their history, the Chinese have worked to shore up their border areas against threats from the non-Chinese “barbarians,” the term traditionally used to identify non-ethnic Chinese. The most famous illustration of this principle is, of course, the Great Wall in the north.

Nonetheless, invaders sometimes succeeded. During the 13th century all of China was conquered by the Mongols, while the Manchus did the same in the 17th century. This sense of a threat lurking beyond China’s borders was then heightened by the “Century of Humiliation” in which China was chopped up and divided among Western imperialist powers in the 19th century as well as Russia and Japan in the 20th century. Today, border disputes with Russia and India remain.

All that said, it is also very important to note that Chinese foreign policy has never been driven by an imperial impulse to conquer territory and export Chinese culture around the world, even when it had the power to do so. Historically, it simply has not been part of the Chinese cultural DNA. For example, in the first half of the 15th century the Ming Dynasty possessed an armada with hundreds of massive ships far larger and more advanced than the boats Columbus used to sail to America – the size of which wouldn’t be seen again until the First World War – but the Chinese did not embark upon a pattern of conquest. Instead, and in a move that perhaps only the Chinese could make, the Ming destroyed the navy and turned inwards. This absence of any universalizing tendency in Chinese culture makes it difficult to understand China from a Western perspective. Even in its secular, post-Christian phase, the West still speaks the language of “universal human rights.”

It is in this greater context that China’s concern with “historic rights” in the South China Sea should be viewed. The South China Sea is China’s border and backyard, with much of the country’s food and oil passing through the area. Disrupting those sea lanes would threaten China’s food and energy security and, as such, constitute an existential threat. The Chinese people accordingly expect their government to preserve the safety of fishermen and transport ships in the area. However, when the dispute in the South China Sea was openly litigated, with the international community threatening to impose a solution on China from the outside, this played on China’s historical memory, especially the still raw memory of China’s “humiliation”. Grounded in this historical-cultural memory, the South China Sea became a site fraught with China’s deeply rooted national fears and pride.

Moreover, while the international community saw a legal and political problem, the Chinese were faced with another existential issue: if the government were to prove unequal to the task of protecting Chinese sovereignty, the legitimacy of the regime would be undermined. It should be noted that after the July ruling against China, nationalist protests broke out across the country. Far from encouraging these actions, the government quickly suppressed them. Beijing is acutely aware that the strong nationalist sentiment that it sometimes promotes can also destabilize the country.

That being said, the Chinese also have a clear interest in keeping the global economy growing. The implicit social contract between the leadership and the people not only depends upon the cultural expectation that China’s leaders will protect Chinese sovereignty, it also depends upon China’s continued economic growth. Therefore, and as China’s leaders have repeatedly emphasized, stability in the South China Sea is also in China’s interest.

Was there an alternative to going to The Hague in 2013? History teaches that quiet, behind-the-scenes dialogue is most effective when working with the Chinese.

To illustrate the effectiveness of quiet dialogue in working with the Chinese, consider the case of Hong Kong. At the beginning of the 1982 negotiations between England and China over the future of Hong Kong, British PM Margaret Thatcher took a strict “legal” view of the dispute. She argued that from Britain’s perspective, Hong Kong was British thanks to three international agreements. While her claim was technically correct, Thatcher conveniently ignored the fact that those agreements were originally imposed on China in the 19th century under the threat of force.

Unsurprisingly, then-PM Deng Xiaoping categorically rejected Thatcher’s position. Unless he wished to be remembered like Li Hongzhang, the 19th century Chinese diplomat who had signed unequal treaties with foreign powers and whose memory is now linked in the Chinese imagination to the country’s “humiliation,” Deng couldn’t do otherwise. Instead, Deng signaled his desire to begin discussions with Great Britain. The British agreed and Beijing was willing to compromise. But that could only happen so long as the dispute was discussed quietly and face-to-face. One can only imagine what would have happened if the British had remained wed to the “rule of law” as initially proposed by Thatcher.

The effectiveness of quiet dialogue in working with the Chinese was also illustrated by Kissinger’s behind-the-scenes outreach to China in the early 1970’s, fascinatingly detailed in his book, On China.

Ultimately, the international community needs to decide want it wants from China. Does it want to blindly apply the rule of law and other norms of international governance and let the chips fall where they may, or does it want to approach China in a way that takes into consideration Chinese culture and sensibilities and is thus more likely to foster global stability?
While the future trajectory of China’s “peaceful rise” very well may depend on how the international community answers this question, the future of Israel’s relations with the Middle Kingdom can only benefit from Israel’s leaders learning to see China as China sees itself.