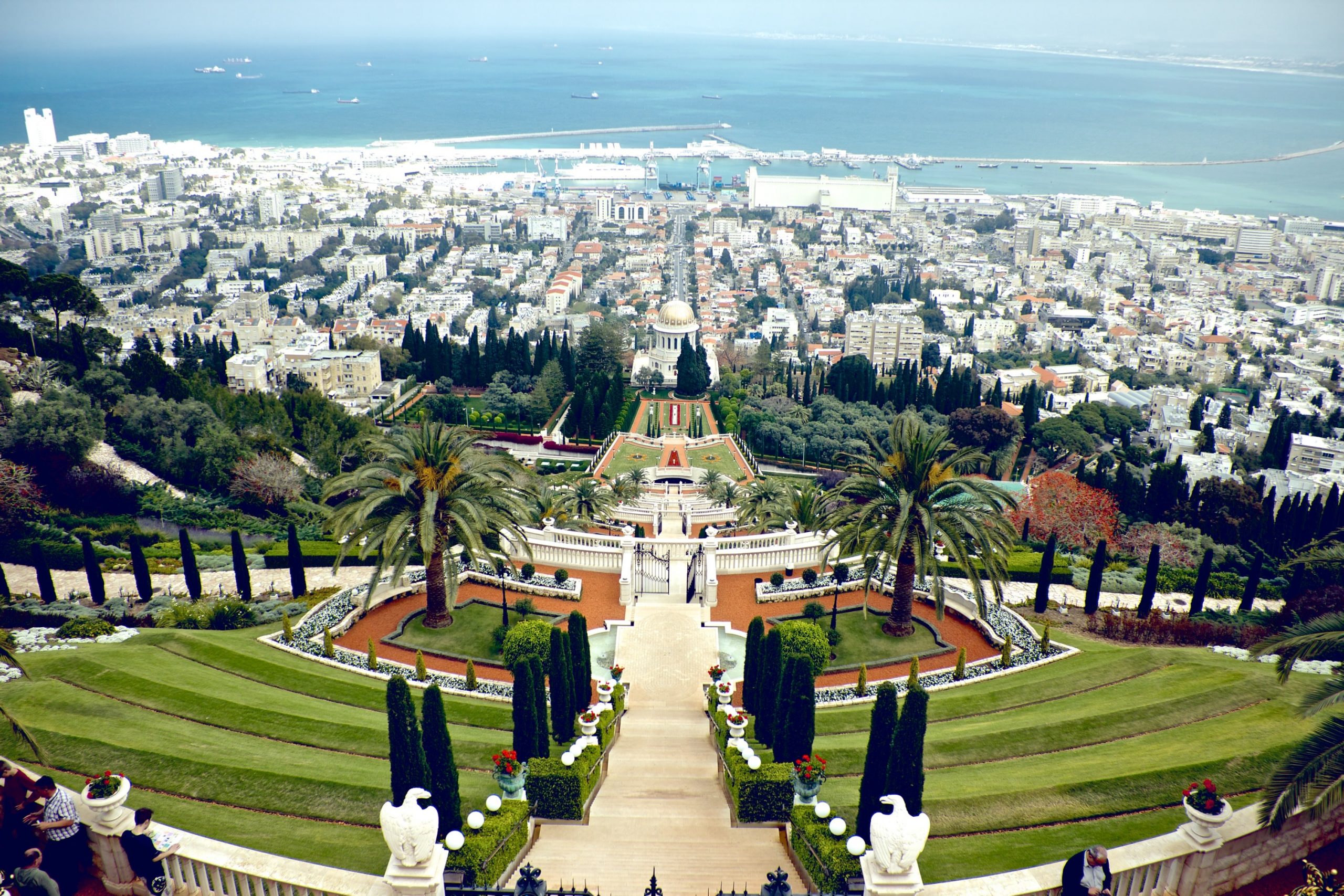 The Haifa port-China conundrum in context

Amidst rising tensions between China and the U.S., controversy surrounding the Shanghai International Ports Group (SIPG) being awarded the tender to operate the new terminal of the Haifa port has taken center stage in Jerusalem.

Rising concerns are reflected in a sample of headlines published in Israeli media outlets in recent months, including:
“Israel Is Giving China the Keys to Its Largest Port – and the U.S. Navy May Abandon Israel”
“Has Israel made a huge mistake letting a Chinese firm run part of Haifa port?”
“U.S Navy May Stop Docking in Haifa after Chinese Take over port”
“‘Trump Will Be Furious’: Tension Between U.S. and Israel Over China Infrastructure Projects.”

In September, Haaretz reported that members of the American think tank community harshly criticized their Israeli counterparts over the deal, which will see SIPG take over operations of the new terminal for 25 years, beginning in 2021. They raised concerns over the possibility of the Chinese using the facility to spy on the U.S. 6th fleet which occasionally docks in Haifa; “Once China is in the picture…the Israel Navy will not be able to count on maintaining the close relations it has had with the Sixth Fleet.”

Israel’s own security concerns have also risen to the fore, as its largest naval base is located directly opposite the new terminal. Thus, the arrival of the Chinese may potentially compromise the operational security of its nuclear submarine fleet stationed nearby.

The issue has reached Israeli decision makers. According to a report by Raphael Ahren in the Times of Israel, “diplomatic sources within the Israeli government admit that letting a company tied to the communist regime operate the terminal raises legitimate concerns.” He added: “…they don’t really know how this misguided decision came to pass in the first place, and they are urging Jerusalem to quickly sort out the matter.”

But are pundits placing undue emphasis on the port acquisitions by Chinese companies without proper contextualization? Or is there indeed a valid cause for concern?

In today’s globalized world, the operation of ports by foreign entities has become common practice. The Swiss-based Mediterranean Shipping Co (MSC), for instance, runs around 35 terminals across 22 countries; Denmark’s Maersk Line has 76 ports in 41 states; and DP World, a company registered in Dubai, runs 77 ports in 40 countries.

Under the Belt and Road Initiative (BRI), a modern-day Silk Road that aims to improve economic connectivity across Asia, Europe, Africa and beyond, China has expanded its investments in the commercial maritime arena. China is planning on establishing three new maritime trade networks: one connecting China to Europe via the Arctic, another enhancing integration with South Asia, and a third linking China to the Indian Ocean, Africa, and the Mediterranean, with the final destination being Europe. Within the framework of this multi-trillion dollar project, Chinese companies have reportedly acquired stakes in 42 ports across 34 countries. China’s international port holdings now span the globe, from Sri Lanka and Myanmar to Djibouti and Israel.

Like Haifa, these investments have not been without controversy.

China’s increased assertiveness in the international arena has spooked many across Asia, Europe, and America alike. Members of the global community are concerned that Beijing aims to convert its economic might into political pull. The “Made in China 2025” campaign, a state-led industrial policy that aims to make China dominant in international high-tech manufacturing, openly promotes enhanced civil-military integration and has exacerbated this anxiety.

In August 2018, Chinese Defense Minister Wei Fenghe announced that China was “ready to provide security guarantees for the one belt one road project,” which may be viewed as setting a pretext for a military presence around the BRI.

In the midst of strained relations with China, the U.S. has responded sharply to these maritime developments. Earlier this year, the Committee on Foreign Investment in the United States (CFIUS) was alerted to a deal that put the Chinese state-owned COSCO Shipping Company in charge of a number of terminals at the port in Long Beach California. COSCO subsequently offered to transfer the terminals into a trust to mollify American concerns, and have since put the facilities up for sale. The U.S. has also expressed great worry over China’s increased presence in the geostrategic Panama canal, where China reportedly controls between 30-40% of trade moving through the area.

In Sri Lanka, increasing debt for Chinese loans provided to develop the Hambantota port resulted in Colombo having to hand over the deep-sea-port to China for 99 years to adjust the loan agreement. If later militarized, China would be able to exert more influence in the Indian ocean. While the present agreement explicitly states that the port is for civilian use only, countries worry that Beijing might threaten to use its economic leverage to force compliance when deemed necessary.

These concerns are enmeshed within the broader geopolitical context in which U.S.-China relations are becoming increasingly adversarial.

America’s 2017 National Security Strategy1 captures the essence of this shift. In the document, the U.S. labeled China a “strategic competitor” that engages in “economic aggression.” Additionally, China was called a “revisionist” power that aims to “shape a world antithetical to US values and interests.” Now, Americans appear to believe that China wishes to replace them, along with the liberal global order.
The emerging great power competition spans across political, military, and economic spheres, the lines between which have become increasingly blurred. When considering that the vast majority of global trade travels by sea, it’s no surprise that the U.S. views China’s maritime expansion with heightened suspicion.

Notions of “first civilian, later military” promoted by scholars like Zhang Jie, a researcher from the Chinese Academy of Social Sciences, have not helped to allay these fears. Such talk has lead many to assume that China’s increased investment in ports worldwide is part of some offensive maneuver. However, this misrepresents the present reality.

As the global system becomes more integrated, land-based terminals play an increasingly important role in the cargo distribution network. By acquiring stakes in critical logistical nodes throughout Asia, Europe, and Africa, China is able to control a significant portion of the supply chain. Consequently, by increasing its presence at ports along its trade network, the world’s #1 manufacturer will be able to better manage its outbound trade routes, critical for exports, as well as its inbound supply chain, which ensures the steady flow of essential commodities, such as energy resources from the Middle East. Thus, from China’s perspective, its commercial maritime strategy is not offensive, but rather, inherently defensive.

The “century of humiliation” (beginning with the First Opium War) has also partly shaped the prism through which China views their maritime affairs. At the time, China was outgunned by more advanced naval forces, leading to the loss of ports and in some instances whole trade areas to foreign powers — such as the British annexation of Hong Kong. Thus, their historical experience has also influenced Beijing’s desire to increase self-reliance while simultaneously reducing the economic and political leverage that might be applied by other countries.

The new shipping lanes created by the Maritime Silk Road and the ports acquired along its route afford China multiple options for transporting goods. If, for instance, a blockade was to prevent Chinese cargo from traveling through the Straits of Malacca or Suez Canal, they could redirect the flow of traffic via the Arctic, or on land across Asia to the Mediterranean. Essentially, China seems to be creating a series of backdoors that serve a defensive function.

It should be noted that the benefit of Chinese investment in ports does not flow one way. In 2008, COSCO shipping company signed a deal to operate two of the three terminals in the Greek port of Piraeus for 35 years. By 2014, port traffic had already increased by 300% and by 2017, recorded an increase of over 90% in pre-tax profits. The new technology and infrastructure upgrades coupled with Chinese logistical expertise have transformed Piraeus into a vibrant hub in the Mediterranean.

Cpt. Yigal Maor, the Director-General of Israel’s Administration of Shipping and Ports, believes that like Piraeus, “Haifa will benefit significantly from the increased traffic that will result from SIPG operating the new terminal.”

Maor also suggested that the notion of SIPG controlling the port is a misrepresentation of the facts on the ground: “The Haifa port spans roughly 5km, of which SIPG will be controlling about 10-15% of the entire port operation.” Israel operates the remainder of the port. Maor added that “operators cannot just do as they please, they have to follow Israeli laws and regulations.” for example, “every ship that enters the port, has to be guided in by an Israeli pilot, this is not negotiable.”

Regarding concerns over the 6th Fleet abandoning Israel, Maor explained that unlike Naples, Haifa is neither a base, nor a repair station for the U.S Navy, and American ships only visit the facilities a couple times a year for shore leave. Ironically, the port in Naples (where the 6th fleet is headquartered) has a well-established Chinese presence. He further pointed out that “Chinese companies also operate terminals in the U.S., including terminal 30 in Seattle” which sees significantly higher volumes of U.S. naval activity than the Haifa port.

While his sentiments provide a more sober view of the Haifa port issue, that’s not to say Israel shouldn’t be concerned. That a port, a form of strategic infrastructure, did not undergo a ‘CFIUS-like’ review prior to accepting a bid by a foreign entity is problematic in and of itself. Israeli officials have since stated that they are in the process of creating such a review system to vet all foreign investments.

China and America now find themselves in the midst of a shift in the fabric of their relationship; one that is likely to see the emergence of complex forms of confrontation and cooperation. The case of the Haifa port illuminates the difficulties countries face as they get caught in the crosshairs. As tensions between the U.S. and China continue to rise, the task of continuing to expand economic relations with China without upsetting its privileged ties with the U.S. will require that Israel both understands and remains sensitive to U.S. concerns regarding their engagement with China. Israel would thus do well to expedite its foreign investment review system and maintain open lines with both Washington and Beijing. While the agreement with SIPG can theoretically be canceled, there are likely alternate solutions to resolving the ports issue that incorporates the interests of all three parties.