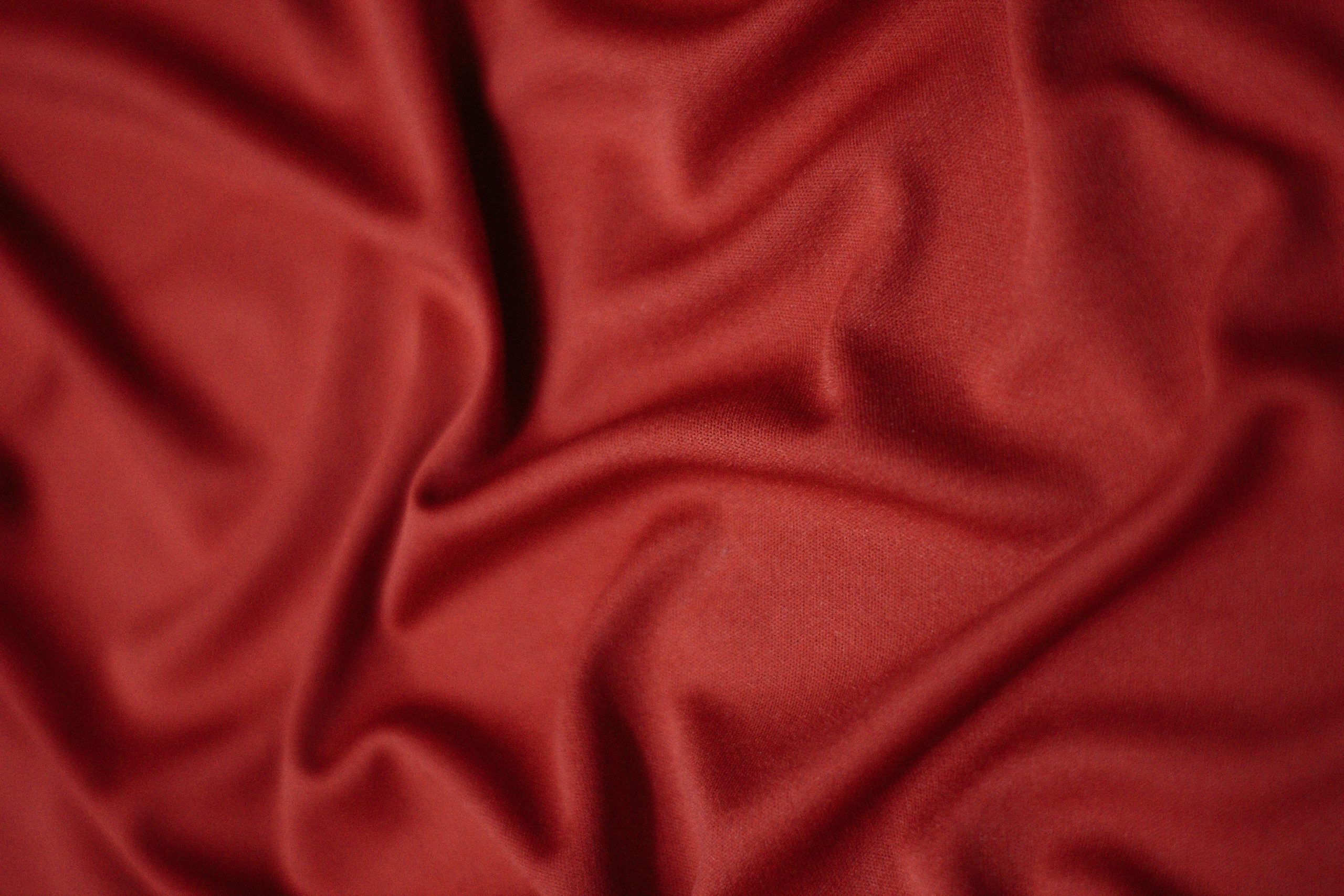 The Belt & Road Initiative (BRI) aims to bring a tangible economic catalyst to hundreds of millions of people from Asia to Africa and beyond. Through strong policy coordination and facilities connectivity, the BRI has potential to bring vast areas of the world together by creating critical people to people networks. For this ‘Chinese Dream’ to become a reality, the PRC must possess an astute understanding of volatile regions covered in the BRI. In creating a comprehensive strategy to mitigate the evolving security demands of the modern-day Silk Road, China must rely on regional partners, and battle tested experience to direct pragmatic policy. With the insight of invested regional partners, China can decrease investment risk, stabilize energy markets and enhance security.

In this vein, SIGNAL Note 21 will focus on the innovative and authoritative approaches to Middle East stability coming out of Israel’s premier research institutes. In connecting the world renown security expertise of Israel with the multifaceted security threats being faced across the BRI we intend to illustrate how closer Sino-Israel bonds could benefit China. To highlight the value Israel brings to the global security discussion, SIGNAL Note 21 will touch upon the important ideas and insights offered during the Feb 21, 2017, conference on “Strategic Challenges in the Eastern Mediterranean” hosted the Begin-Sadat Center (BESA) along with B’nai B’rith International.

The BRI and the Middle East: Risk and Opportunity

Stability in the Middle East directly impacts Chinese markets. As the largest international market for energy, China’s destiny is very much tied to the fortunes of Middle East oil production and freedom of navigation of its critical waterways, primarily the Gulf of Aden, Suez Canal and Eastern Mediterranean. In addition to energy resources, the Middle East provides an essential transit point for Chinese goods entering African and European markets. As the Middle East is increasingly becoming a vital crossroads for Chinese shipping and financial connectivity, it is only logical China desires a less volatile political climate to promote its economic interests.

For China to make harmonious inroads into the Middle East, it must address an array of geopolitical concerns ranging from the impact and flow of refugees, and the long running Syrian civil war to the broader rising regional tensions between Sunni and Shiite states. With the vast and complicated history of these conflicts and humanitarian issues, it is of no surprise that the Middle Kingdom has been cautious in its entrance into this bee’s nest. However, just like the precise approach to a bee hive can bring the keeper the sweet reward of honey, a calibrated understanding of the Middle East could potentially pay significant dividends to valued Chinese partners.

On February 22, 2017, the Begin-Sadat Center (BESA) in coordination with B’nai B’rith International hosted the Second International Conference on: “Strategic Challenges in the Eastern Mediterranean.” In this dynamic conference hosted at Bar Ilan University, the BESA Center presented panels addressing the Unfolding Crisis Situations in the broader Middle East, Strategic Responses to the Challenge – National Perspectives and The Migration/ Refugee Crisis and Its Implications. The conference was headlined by some of the most prominent personalities in Israel’s scholarly community including Prof Boaz Ganor, SIGNAL Fellow and former BESA Director Prof. Efraim Inbar, and SIGNAL Fellow and Director of the Rubin Center, Dr. Jonathan Spyer.

The Strategic Challenges in the Eastern Mediterranean conference presented the impetus for a wide spanning discourse on the geopolitical situation in the Middle East. To best detail the major points of the various panels and connect them with areas of interest to the BRI we will look at each individually.

The Unfolding Crisis Situations in the Middle East

Domestic strife and political unrest, compounded by a broader climate of governmental transitions across the region have created a new geopolitical reality in the Middle East. According to Prof. Boaz Ganor (pictured left), terrorist organizations are evolving into so-called ‘hybrid organizations’ containing quasi-legitimate elements to complement their long-held strategies of violence and political manipulation. In his analysis, Prof. Ganor addressed some of the consequences associated with the political legitimization of terrorist groups, primarily their ability to influence larger populations and receive international funding through their non-militarized arm.

In the case of the Middle East, the expanded reach and funding for terrorist organizations, such as Hezbollah, Hamas, and the Islamic State has resulted in increased violence in the region. Additionally, these areas of regional chaos have provided a training ground for extremists to hone their skills in an active battlefield, and then export this experience to the European continent and beyond.

The threat to regional stability caused by the rise of global jihadi networks has a deep impact on energy markets and the free flow of goods though out the Mid-East corridor. For Chinese investors and policy makers, the lasting humanitarian and economic void left by the collapse of Middle East nation states could have vast effect on domestic politics. In Xingjian and Ningxia, where the Uyghur, Hui, and Chinese Muslim populations are centered, the influx of former Islamic State fighters back into an already volatile climate could be explosive.

With this reality quickly approaching, China must rely upon the battle tested insight of trusted allies to ensure domestic peace and tranquility. With the assistance of Israeli experts, China has the chance to build a strategic advantage over newly empowered terrorist organizations while enhancing peer-to-peer bonds with critical partners. If effectively utilized, Israeli security expertise could help stop the flow of terrorist into China, while decreasing the investment risk across the regions of the BRI.

The panel on ‘Strategic Responses to the Challenges’ featured HE Konstantinos Bikas, Ambassador of Greece to Israel, Prof. Elena Suponina of the Russian Institute for Strategic Studies, Prof. Shaul Chorev of the University of Haifa as well as SIGNAL Senior Fellow Prof. Efraim Inbar (pictured left). In reflecting the geostrategic outlook of the Jewish State, Prof Inbar expressed many important positions to consider in pragmatically responding to the evolving challenges of the Middle East.

In his discourse, Prof Inbar touched upon the shifting influence in the Middle East from the post-WWII world order where the United States dictated policy, to a new structure where Russia and Iran increasingly play a leading role in shaping the region. In this paradigm, the influences of extremist elements enable greater destabilization in Syria and encourage acts of violence across the globe. Additionally, though their increased geopolitical role in the Middle East, Iran is creating a ‘Shiite corridor to the Mediterranean’ which will surly provoke Sunni powers in the Gulf and Beyond.

Prof Shaul Chorev (pictured right) expanded on the impact of Iran’s increased reach in the Middle East. In his assessment, Chorev detailed how the Iranian push could foster partnerships between Israel and moderate Sunni Arab states. In forming areas of win-win cooperation, chiefly in security and resource management, Israel could form productive collaboration with former adversaries to the betterment of many. Additionally, Prof Chorev, who has an extensive background in Israel’s navy pointed to the value of comprehensive maritime partnerships with global powers to decrease the spillover of Middle East strife into international commodities markets.

From China’s viewpoint, any advanced understanding into the shifting dynamics of Middle East politics would provide added value. In the case of Israel, the constant risk of terror and discord emanating from Iranian proxies and broader Syrian instability has provided the crucible for timely and precise analysis of the strategic situations in the Middle East and beyond. As such, it is logical that China integrates the strategic insights gleaned by Israeli security experts to enable a less risky investment climate.

The Migration/ Refugee Crisis and Its Implications

In what was certainly the liveliest panel of the conference, SIGNAL Fellow and Director of the Ruben Center at the IDC Herzliya, Prof Jonathan Spyer (pictured left in Iraqi Kurdistan) addressed the broad implications of the Syrian refugee crisis. In breaking down the various component parts of the vast humanitarian crisis emanating from Iraq and Syria, Prof Spyer examined both the scale of the Syrian exodus (13.5 million people effected in Syria alone) and the broad destabilizing effects in neighboring countries, primarily Lebanon, Jordan, and Turkey who have taken in millions of refugees, with minimal international economic assistance. In Prof Spyer’s assessment, he deemed the impact of Syrian migrants into the broader Middle East and Europe as at best economically straining and at worse completely politically destabilizing.

Supporting his claims of vast economic and social consequence of refugees flowing into the region, Prof Spyer cited the $2.5 billion a year Turkey has spent on humanitarian aid for Syrian refugees. Without European assistance, Turkey has been forced to take on the overwhelming financial obligation for this crisis, but at significant long term cost. According to Prof Spyer, the economic burden taken upon by Turkey not only builds tensions with European neighbors but emboldens Turkey to set the parameters of a future Syrian state. This could shift the balance of power in the Middle East, filling the void in the ‘post American’ paradigm discussed by Prof Efriam Inbar.

For China, the impact of the Syrian refugee crisis is broad. In the short term, Syrian instability impacts the free flow of goods and services across the Middle East. As China develops projects along the Belt & Road, Syrian civil war spillover creates risky investment environments while exacerbating an already tense security situation in the Middle East. If China can build strategic partnerships with internationally renowned security experts, such Israel’s own Prof.’s Inbar, Chorev, Spyer and Ganor respectively, It has the ability to significantly mitigate risk while forming vital partnerships which can only benefit China’s long term security.

According to the Diplomat under the Belt & Road initiative “put forward by Chinese leader Xi Jinping in 2013, China’s economic expansion abroad has increased significantly. Many Chinese state-owned enterprises have purchased companies from and invested in different foreign states, demonstrating China’s economic ambitions. Meanwhile, China has established several international organizations, such as Asian Infrastructure Investment Bank (AIIB), in the hope of reforming the existing international economic system.”

An understanding of the high-risk environments encompassed by the BRI is essential. In order to solidify an effective strategy to the evolving security situation in the Middle East, China must form strong relationships with global security experts such as those based at Bar Ilan University’s BESA Center. If these critical partnerships can be cultivated, China can implement the most pragmatic and practical solutions to global strife. This will enable Chinese partners to make sound investments across the BRI while building a broader understanding of the geopolitical reality in the Middle East.

How is this relevant to Sino-Israel Relations?

Few nations boast the robust security understanding possessed by Israel. In the past 70 years, Israel has experienced consistent security threats from both state and non-state actors which have forced its citizens and institutions to rethink approaches to counterterrorism and risk management. These practical experiences have guided Israeli scholarly research and military policy for decades. In formulating a fluid and innovative approach to counter-terror and regional instability, Israel has become a world leader in the field of security management. With this banner of international acclaim, Israel can offer major international players, such as China, the opportunity to form effective partnerships to prevent the escalation of violence in areas of significant economic investment.

As China and Israel look forward to closer bonds across many vital sectors, the advanced understanding and field tested approaches to Middle Eastern security situations possessed by Israel will undoubtedly prove valuable for Chinese partners. In implementing the broader BRI, China needs battle tested experience to guide its security mechanism. Therefore, it is simple to see how Israeli counter-terror and security understanding could comprehensively complement Chinese methods to ensure a more harmonious future.

PrevPreviousIsraeli Green energy innovation and its applications in China and beyond
NextA Global Perspective of the Jewish People, 2016Next