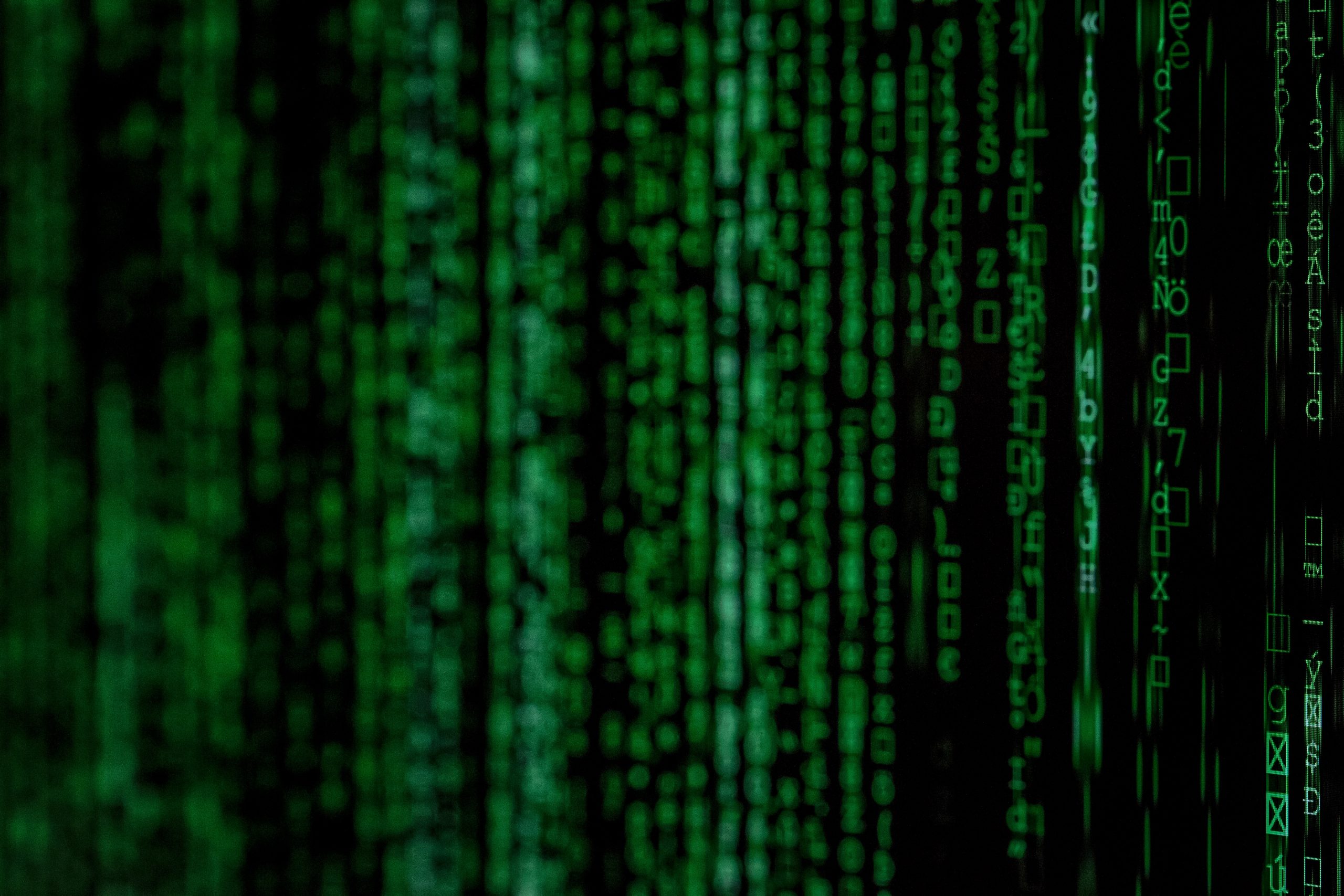 What has long been hailed as an area where rival nations can find avenues for cooperation is now poised to become the next arena of geopolitical competition. Israeli policymakers should take note.

According to a 2021 risk assessment recently published by the Eurasia Group political risk consultancy, climate will emerge as the new playground of global power rivalries, with the US and China taking center stage. The experts explain that “across a range of clean technologies—but especially batteries, power control systems, and other commanding heights of the 21st century energy economy—China’s longstanding industrial policy approach will be met by its new US counterpart.” This impending scenario is poised to generate significant challenges for Israel as parts of the clean energy supply chain risk coming under decoupling pressures similar to those seen in 5G.

While the climate is rife for Israeli entrepreneurs to capitalize from massive Chinese investment, clouds loom over the horizon as tensions between Washington and Beijing continue to escalate. The Eurasia Group experts point out that “as the US scrambles to catch up to China in what will quickly become a global clean energy arms race, it will make climate and the energy transition a matter of industrial and national security policy.” Coupled with Biden’s campaign to build a ‘grand alliance’ in the face of China, Israel’s cleantech industry could well find itself in the crossfire of the Sino-US rivalry.

In fact, Chinese-Israeli cooperation in renewable energy had already garnered attention from US officials even before Biden took office.

When Chinese telecom giant Huawei entered the Israeli solar power market to sell inverters for the electricity grid in 2019, US Deputy Secretary of Energy Dan Brouillette warned Israel’s Minister of Energy Yuval Steinitz that Beijing does not necessarily have “pure motivations” when making such investments. According to Mr. Brouillette, “the data that is collected off of those solar panels could be used to determine other things.” He stressed that Israel needs to “be mindful and cautious when dealing with countries who would use infrastructure developments to develop intelligence sources or data sets that can be used against those countries.”

In recent years, both Israel and China have emerged as a driving force of sustainable change in the global energy and environmental ecosystems.

Ranked 6th in the world on the 2017 Global Cleantech Innovation Index and home to over 600 cleantech companies, Israel continues to pioneer some of the most cutting-edge developments in the field. Israeli innovators have brought water and energy to rural Africa, cleaned India’s Ganges river, and begun electrifying roads across Europe to recharge vehicles as they drive. Israel has pledged to assist its newfound friends in the Gulf execute their clean energy transition and is already welcoming a stream of investment from these Arab neighbors in its renewable energy sector.

Meanwhile, China already dominates many of the vital global clean energy supply chains of the 21st century and remains the biggest producer of everything from batteries and electric vehicles to solar panels, power control systems and wind turbines. China today controls roughly 60% of the solar market and has maintained its position as the top investor in clean energy for nine out of the last ten years. In 2018 alone, China invested a staggering $91.2 billion in renewable energy, accounting for a third of total global investments in the sector that year.

Israeli entrepreneurs have been eager to acquire their share of Chinese capital and tap into China’s massive market potential. At the same time, China has looked to Israel to acquire state-of-the-art clean technology innovations.

The two nations have already cooperated in solar energy and desalination to create green energy for almost a decade. Chinese corporations have also invested in Israeli aluminum-air battery and fast charging technologies. In 2017, the two nations signed a $300 million financial protocol in the field of cleantech with the aim of further expanding economic cooperation in environmentally friendly technologies. According to the cooperation protocol, the Israeli government agreed to provide preferential loans to introduce advanced Israeli technology and equipment to support China’s clean technology projects. A year prior to the agreement, a mere 1.6% of deals in Israel’s tech sector were in the field of clean technologies. By 2020, the proportion of deals had increased nearly tenfold, with cleantech investments representing roughly 11.1% of total deals. Nevertheless, this only amounts to a mere 5 deals that year.

With Beijing having announced its goal to achieve peak carbon emissions before 2030 and attain carbon neutrality before 2060, China will have to expand its domestic market for clean energy technologies. China’s State Council recently released guidelines on how to build a green and low-carbon economy with the aim of making every part of its economy green, from planning to investment, to production, logistics, and consumption. According to the State Council report, “by 2025, the industrial, energy, and transportation structures will be significantly optimized, the proportion of green industries will increase significantly, and the quality of green infrastructure will continue to increase.”

Herein lies an opportunity for Jerusalem to expand economic cooperation with Beijing in clean technologies. But as the Sino-Us rivalry risks spilling over into the cleantech sector, it raises the question: can Israel fully capitalize on this grand opportunity without invoking the ire of its closest ally, the US? After all, Biden has already signed an executive order to secure America’s critical supply chain, including lithium and electric vehicle batteries.

It is important to note, however, that America does not expect Israel to pull down the iron curtain and entirely cut ties with Beijing. Mr. Brouillette later admitted that Huawei’s desire to enter Israel’s solar panel industry was likely “innocent,” but qualified that investments had to be “carefully considered and appropriately safeguarded.”

Israel set up a committee in late 2019 to do exactly that – review all infrastructure projects conducted by foreign entities to assess potential national security risks. But the committee has since done little but draw widespread criticism for lacking teeth. Even Israel’s own State Comptroller, Matanayhau Englman, has called for the mechanism to be strengthened. Mr. Englman warns that the lack of mandatory consulting by regulators with the advisory committee could lead them to prioritize economic considerations over national security concerns. He stressed the need for a more robust consulting mechanism “before approving a foreign investment that could potentially damage Israel’s interests from the standpoint of national security.”

Moreover, the mechanism predominantly reviews infrastructure development projects, neglecting investments in Israel’s vibrant tech sector. Herein lies a problem. Many of the clean technologies being developed in Israel are built using advanced tech such as artificial intelligence, which could, in some instances, also have military applications. Any transfer of potential dual-use tech could advance the agenda of the People’s Liberation Army and would certainly anger Israel’s friends in Washington.

Strengthening Israel’s foreign investment screening process is one way Jerusalem can begin to address these challenges. Israel’s Strategic Affairs Ministry has recently drafted a document that classifies infrastructure according to its sensitivity in terms of national security and provides a more robust framework for reviewing FDI in critical sectors. However, given America’s growing concerns regarding technology contrasted with Jerusalem’s desire to expand cooperation with China in areas like renewable energy and clean technologies, now may be the time for Israel to develop a more thoughtful strategy for managing relations with Beijing.

A useful starting point would be to conduct a thorough review to identify and address vulnerabilities in strategically important or critical areas, including sectors beyond infrastructure. Jerusalem should clearly define the limits for companies and universities cooperating with China to prevent the transfer of technologies that could aid China’s military development or surveillance apparatus. Rolling out initiatives to enhance knowledge of China amongst policymakers, officials, and the business community would serve to strengthen Israel’s capacity to engage Beijing more effectively. Furthermore, Israel should establish regular bilateral G-G dialogue mechanisms with both the US and China to align strategic perceptions and enhance policy coordination.