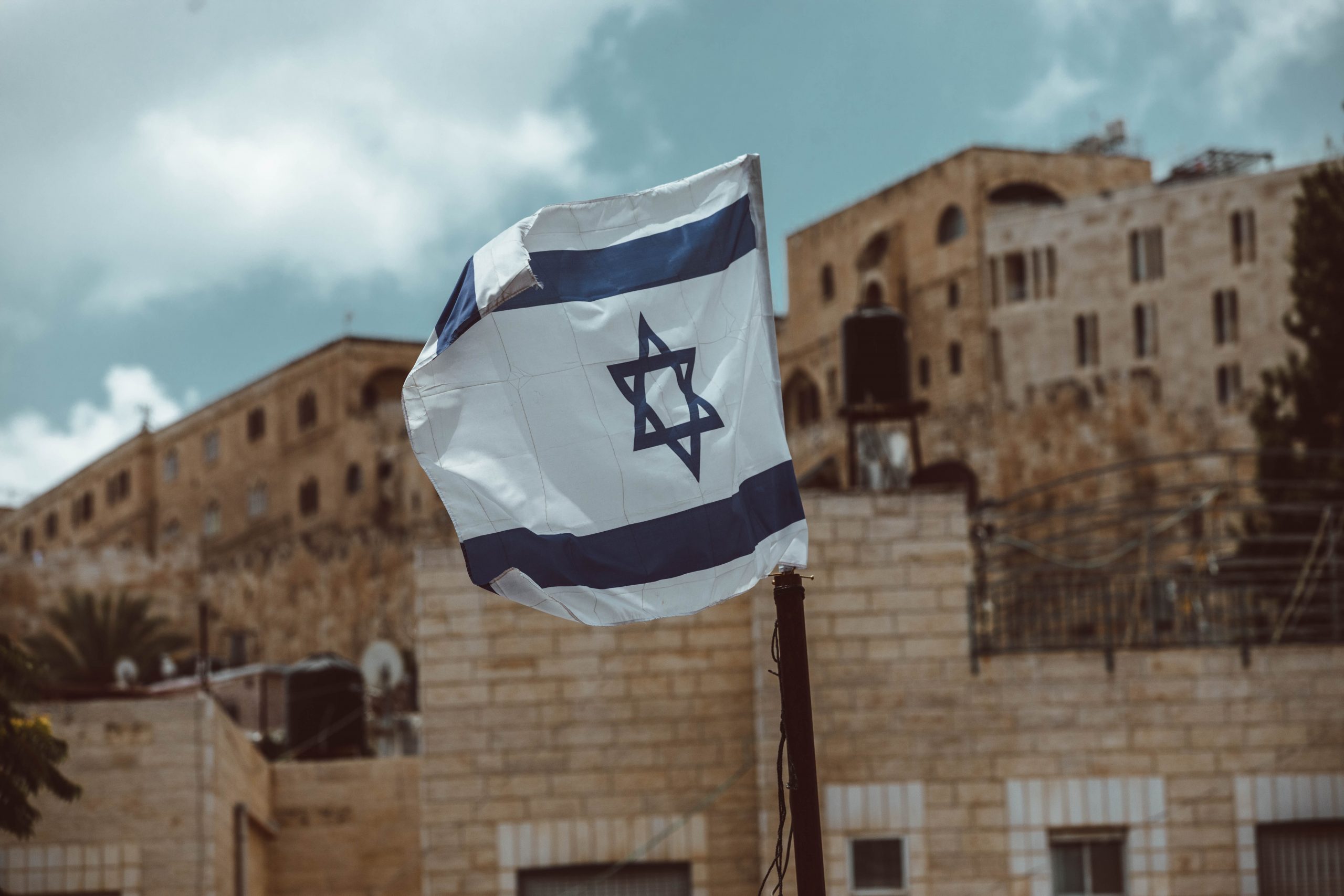 Israel government is new normal in the Middle East

Prime Minister Benjamin Netanyahu’s new government is anything but the manifestation of extremism portrayed in most of the world’s media.

Typical of misreporting in the Western press was Le Monde’s December 28 assertion that “the new coalition gives pride of place to Jewish extremists and the ultra-Orthodox, who plan to weaken the judiciary and expand settlements.”

On the contrary: The new coalition embodies the normalization of Israeli politics, that is, the politics of a Jewish State in the Middle East.

Israel’s “new normal” may find an alignment with a changing political landscape in the Middle East, especially if negotiations to establish diplomatic relations with Saudi Arabia succeed. This new alignment is the work of regional players, with China in a supporting role. The United States and other Western countries, meanwhile, have become bit players.

The success of the two national religious parties in the last election and their prominent place denotes the emergence of a Jewish nationalist center that seeks accommodation with the Arab world at large, as opposed to the radical fringe of Palestinian irredentists who have an exaggerated share of the global limelight. It also denotes a greater distance between the United States, which hosts the world’s second-largest Jewish community after Israel, and Israel itself.

Israel’s fifth national election in four years appears to have established a new and enduring majority. Netanyahu’s previous governments depended on a shaky alliance between the secular right-wing (Likud) and the Haredi religious parties. This arrangement was inherently unstable; the Haredi (ultra-Orthodox) for the most part have little interest in Jewish nationalism and lobby for subsidies for their own communities.

This time, as numerous analysts have observed, some of the ultra-Orthodox vote, especially among younger Haredi, shifted to the nationalist religious parties. That, plus the law-and-order voter shift from the center, gives Netanyahu a solid and possibly lasting majority.

Israeli voters shifted their support to parties that insisted that Israel would deal with its own security problems according to its own requirements. A surge of support for Bezalel Smotrich’s Religious Zionist Party and Itamar Ben-Gvir’s Otzma Yehudit (“Jewish Strength”) was a law-and-order vote more than anything else.

A surge in terrorist attacks on Israelis directed by Hamas and Islamic Jihad lifted the monthly count to more than 400 in October, the month of the elections.

Many Israelis from all walks of life told me that they had voted for the religious-nationalist ticket for the first time in response to the terror attacks. Ben-Gvir will have enhanced powers over Israel’s police in his new capacity as minister for national security.

Hamas, the governing entity in Gaza under a charter that demands the destruction of the State of Israel, likely took heart from Robert Malley’s return to office as Biden’s special envoy to Iran.

In 2008, the Obama campaign fired Malley for engaging in personal outreach to Hamas, only to bring him back as chief coordinator of operations against the Islamic State.

The military capability of Hamas has only nuisance value. Its sole stratagem is to engineer civilian casualties among Arabs in order to accuse Israel of human rights violations.

In May 2021 alone, Hamas and Islamic Jihad terrorists fired more than 4,340 rockets from Gaza at civilian targets in Israel. These rockets killed ten Israelis, but many of them fell back inside Gaza, killing more than 90 Palestinian Arabs.

That is, Hamas and Islamic Jihad killed ten Arab civilians for every Israeli civilian killed in missile attacks. Hamas uses Gaza civilians as human shields, by its own admissionfiring rockets at Israel from schools and hospitals.

Maximizing civilian deaths in order to accuse the Israelis of human rights violations recalls the classic definition of the Aramaic-Yiddish word chutzpah, namely a man kills his parents and then asks for clemency on the grounds that he is an orphan. But this charade has a sympathetic audience in the left wing of American politics.

When Israeli soldiers raided a Hamas cell in the West Bank town of Jenin last May 11, a stray Israeli bullet killed Shireen Abu Akleha, a Palestinian Arab journalist embedded with a terror group.

Under pressure from the left wing of the Democratic Party, which imagines that the Palestine conflict is a cognate of the American civil rights movement, the Biden administration on November 14 announced an FBI investigation into the shooting, despite a previous assurance that it wouldn’t.

Only 34% of Democrats (versus 66% of Republicans) have a favorable view of Israel’s government, according to a May 2022 Pew Research poll conducted while then-prime minister Yair Lapid made every effort to placate Washington.

The knee-jerk anti-imperialism of Third World governments continues to produce majorities for UN General Assembly resolutions condemning Israel, although the majorities are shrinking as more developing countries, especially in sub-Saharan Africa, vote with Israel or abstain.

More important than the UN General Assembly vote, though, is a shift in regional alliances that for the most part works in Israel’s favor.

Hamas, strictly speaking, is the Palestinian branch of the Muslim Brotherhood, the fundamentalist Islamic sect founded in 1928. The Brotherhood combines extreme Islamism with the organizational structure of a modern totalitarian party.

In the past, the Islamist government of Turkish President Recep Tayyip Erdogan supported Hamas, most visibly with the 2010 “Gaza flotilla” that sought to break the joint Egyptian-Israeli blockade of Hamas-controlled Gaza.

In 2016, an officers’ coup tried and failed to overthrow Erdogan. The Turkish leader blamed the Gulf States, especially the United Arab Emirates (UAE), for backing the coup. In 2018, when Israel suppressed attacks from Gaza, Turkey withdrew its ambassador to Jerusalem.

Turkey has now exchanged ambassadors with Israel, patched up relations with the UAEand reportedly expelled dozens of Hamas operatives. Turkey’s economic fortunes have reversed; the Turkish lira, in free-fall during 2021, stabilized during 2022, and Turkey’s depressed stock market doubled in US dollar terms, the best-performing stock market in the world.

Direct investment from the Gulf States helped Turkey, but (as I reported on December 15) a surge of Chinese exports to Turkey, presumably with Chinese trade financing, probably was the biggest driver of Turkey’s turnaround.

Turkey’s realignment with Israel, the Gulf States and China creates a new security architecture in the region. Iran is marginalized, emphatically so after China signed a December 9 joint statement with the Gulf States admonishing Iran for supporting terrorist activity in the region, following Chinese President Xi Jinping’s state visit to Saudi Arabia.

All of Israel’s major parties, emphatically including the national religious parties, agree that the country’s most urgent diplomatic goal is to establish diplomatic relations with Saudi Arabia, the guardian of Islam’s holy sites. Normal relations with the Saudi kingdom, Netanyahu argues, would establish peace between Israel and the Arab world.

A great deal has changed since US liberals during the Obama administration envisioned a Middle East security architecture with Iran at the center. Instead, Turkey has moved into center position, with China’s economic backing.

Turkey has had to give up (or at least defer) its ambition to be the center of the Muslim world, in exchange for a rescue from the brink of economic chaos. Iran is the self-isolating odd man out, even where China is concerned.

The two-state solution that has occupied so much of the attention of Western governments is not on the agenda. It never really was. Hamas abhors the notion of a Jewish state of any kind. The Fatah faction that controls the Palestinian Authority in the West Bank notionally supports a two-state solution but in practice has done everything possible to stop it.

In a June 25, 2009 interview with the Jordanian daily Al-Dustour, Palestinian Authority chief negotiator Saeb Erekat said that the Israeli government under former Likud prime minister Ehud Olmert had offered PA President Mahmoud Abbas territory equal in size to 100% of the land occupied in 1967.

Abbas doesn’t want his own state, for several reasons. The Israelis unilaterally withdrew from Gaza and let the Palestine Authority take over in 2005, but Hamas took over in a violent 2007 coup. Abbas rightly fears the same outcome on the West Bank. In the meantime, Western subsidies make the PA a lucrative enterprise.

After years of Charlie Brown-and-the-football-games with the Palestine Authority, most Israelis are tired of hearing about the two-state solution. Only 31% of Israelis supported the notion while 60% opposed it, according to a recent poll.

In Judea, the biblical heartland of the ancient Jewish kingdom, an official of the Jewish settlers’ community said that the national religious parties would welcome a Gulf State presence on the West Bank, for example, to beautify the area around the tombs of the patriarch Abraham in Hebron.

The site is holy to Muslims as well as Jews, housing a mosque as well as a synagogue.

David P. Goldman is Deputy Editor of Asia Times and a member of the advisory board of SIGNAL (Sino-Israel Government Network and Academic Leadership).

This article was originally published in the Asia Times on January 3rd, 2023.