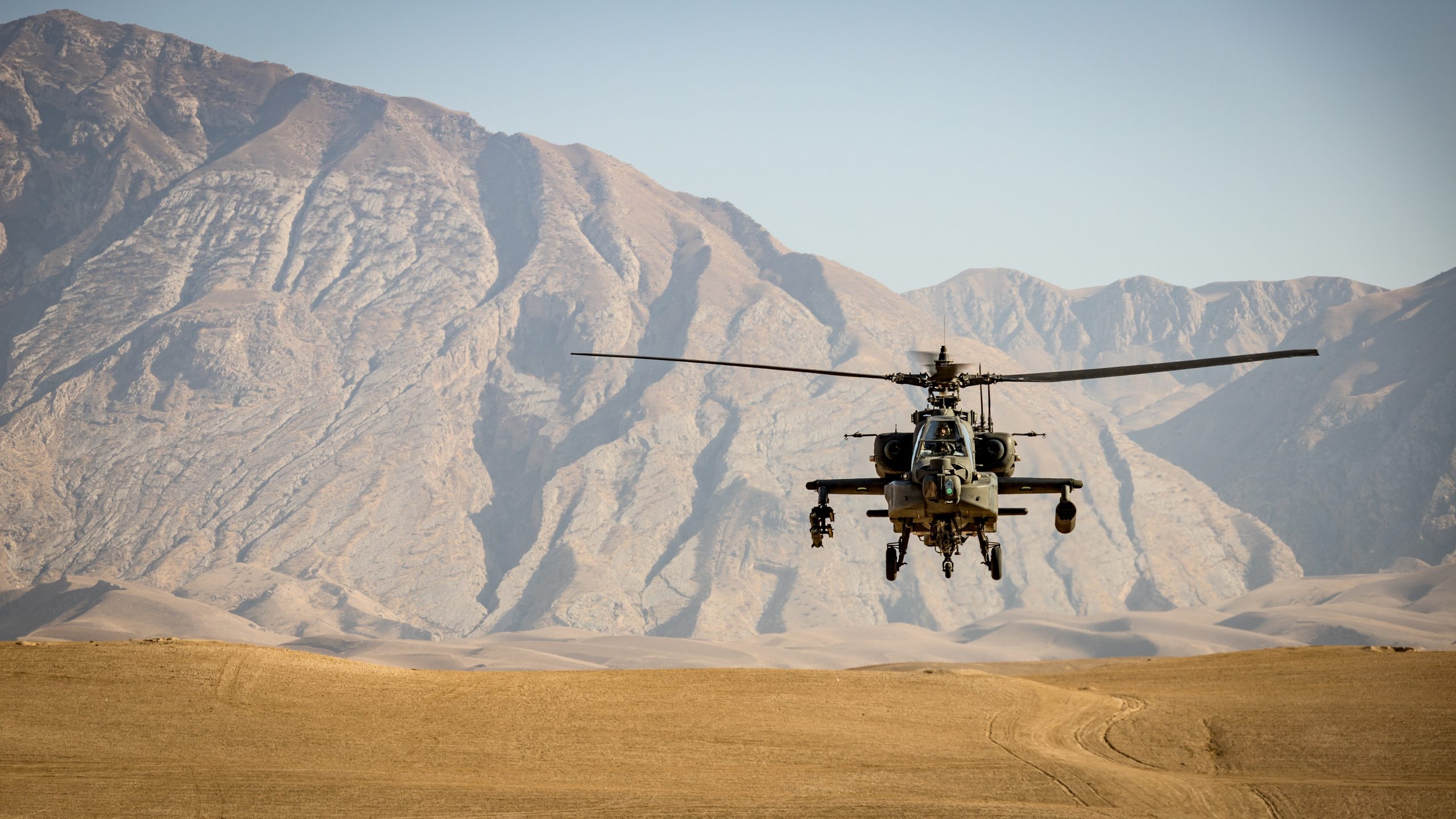 The U.S. departure did not take Beijing by surprise. Likewise, Beijing has invested considerable thinking on how to avoid being part of the “graveyard of empires.” Yet while Chinese officials expressed satisfaction regarding the U.S. departure, these statements belie the reality it is now facing: with the United States gone, China will no longer benefit from the free regional security provided by the American presence along the Pakistani-Afghan and Afghan-Chinese borders—the strategic area known as the Af-Pak arena. Stability and security in the Af-Pak arena facilitated the development of the China-Pakistan Economic Corridor (CPEC), a key Chinese geo-strategic asset that became the centerpiece of President Xi’s signature policy—the Belt & Road Initiative (BRI).

China will now have to determine new ways to protect these interests, and Beijing is currently in the process of mapping out how to deal with a post-American Afghanistan. China’s geo-political reading of the Af-Pak arena and its major players, including Iran, offers critical insights into how China may approach the Middle East and how its Af-Pak experience will impact its Middle East policy.

What’s at Stake for China in Afghanistan and Pakistan?

China is no newcomer to the Af-Pak region; it shares a 57-mile-long border with Afghanistan at the terminus of the remote and isolated Wakhan Corridor, which originally served as the buffer zone between the Russian and British Empires. China has a long-standing relationship with Pakistan dating back to the 1950s, which included Chinese assistance to Pakistan’s military nuclear program. During the Soviet occupation, China cooperated with the United States in supplying and supporting the Islamist insurgents in Afghanistan, the Mujahideen. When the Taliban controlled Afghanistan in the late 1990s, Beijing sought assurances that Afghanistan would not harbor separatist groups who opposed China, offering political recognition and foreign investment in return. In 2000, the Chinese envoy to Pakistan became the first non-Muslim senior diplomat to meet with Mullah Omar, who promised that the Taliban would not allow Uyghur militant groups to operate in Afghanistan or attack China.

The Af-Pak arena is currently critical to China’s interests for two main reasons. First, the Xinjiang-based Muslim Uyghur minority have historic and ethnic ties across China’s northwestern borders with Pakistan, Afghanistan, and Tajikistan. Uyghur militants have sought haven in Afghanistan and have been linked to al-Qaeda, with several hundred joining the fighting in Syria. China’s concern is that militant Uyghurs might seek to use Afghanistan’s remote Wakhan corridor as a springboard to launch attacks and foment dissent in Xinjiang.

The second and closely related concern is that Islamist terror groups would use Afghanistan to threaten China’s booming interests in Pakistan. Running in parallel to the Afghan-Pakistani border, the CPEC connects Northwestern China by rail, road, and pipelines to the Southern coast of Pakistan, where Chinese companies are constructing a major international port at Gwadar. Overlooking the intersection between the Indian Ocean and the Gulf of Oman, the Gwadar port will cut transit costs and secure China’s supply chains of critical fossil fuel from the Middle East. Gwadar will likely become China’s second overseas naval base, following Djibouti, allowing it to project military power in the Arabian Sea, the Persian Gulf, and the Red Sea.

To date, China has invested an estimated US$60 billion in CPEC-related ventures. These projects are considered critical for Pakistan’s development and have been targeted by Pakistani Islamist and separatist terrorists.

Despite significant setbacks, China has achieved with CPEC what the mighty Soviet empire arguably wanted when it invaded Afghanistan—an outlet to the Arabian Sea and the Indian Ocean. Thus, securing its assets in Pakistan is of critical interest for China.

China’s longer-term strategic and commercial interests in Afghanistan include its deposits of rare earths and other essential minerals for manufacturing. A 2010 U.S. report estimated that the mineral possessions are worth $1 trillion. However, lack of infrastructure and inherent instability have precluded their extraction, suggesting that foreign investment in these minerals is not guaranteed. Two Chinese corporations won a 30-year lease for a large copper mine in Afghanistan in 2008 and have yet to start extracting the mineral, delaying until Afghanistan can offer a more secure and stable environment. In April 2020, the Taliban attacked the mine, killing 19 Afghani police.

China’s developing approach to Af-Pak offers a window into how Beijing may advance its interests in the Middle East, as China sees its foreign policies towards Afghanistan and Iran as connected. Beijing’s focus in this challenging area reveals three interrelated dimensions (a) prioritizing and securing immediate and narrowly defined Chinese interests; (b) attempting to facilitate conflict resolution; and (c) pursuing long-term strategic objectives.

First, China focuses on securing its own interests—physical protection of its investments, including personnel and construction operations, and turning its border into an impenetrable barrier. Reportedly, China uses extensive surveillance systems to minimize border infiltration along the Wakhan Corridor. While China expects that its partners will cooperate and support Chinese security interests, such as facilitating private security firms full access, it also deploys its soldiers to checkpoints it financed in neighboring Tajikistan to monitor the Tajik-Afghan border.

While Chinese leaders and experts hope to enhance China’s position by managing hotspots, China also professes commitment to “non-interference” in other countries’ “internal affairs.” Since China’s approach to Afghanistan does in fact delve into the latter’s internal affairs, Chinese experts have proposed a more flexible approach they label as “constructive engagement” to justify Beijing’s actions.

In June 2021, China introduced its 8-point Afghan plan, which included an “inclusive” process of “Afghan-led, Afghan-owned” reconciliation aimed at producing a stable and effective government. But the unopposed takeover of all of Afghanistan by the Taliban rendered the initiative irrelevant. Once Beijing saw the direction of events, it immediately stated its support for the “choice of the people” of Afghanistan—a Taliban-led nation. It underscored China’s redlines: prevention of cross-border terror targeting China, specifically in the Xinjiang region, or Chinese interests in Pakistan. Chinese media in fact expressed satisfaction with statements of Taliban leaders seeking to assuage Beijing’s concerns.

China’s first-ever “hands-on” dealing with a hotspot on its border, which also affects its critical interests, is a learning experience in attempting to manage the conflict using Chinese foreign policy staples. It still remains unclear whether the Taliban, with or without Pakistani involvement, will create a stable environment amid tribal war lords and remanent al-Qaeda and ISIS operatives. Nevertheless, Beijing seems confident. Top Chinese policy advisors are already considering an even broader strategic vision after stabilizing Afghanistan, leading a strategic axis from Pakistan through Afghanistan onto Iran. In this context, Chinese strategic thinkers are contemplating how to leverage Beijing’s partnership with Iran and its Af-Pak patronage to project influence in the Middle East.

How will the Af-Pak Experience Affect China’s Middle East Gambit?

Just as the U.S. withdrawal from Afghanistan is affecting its global posture, how China deals with Afghanistan and the Af-Pak arena will impact China’s approach to, and position in, the Middle East.

The Chinese way of assessing and engaging Arab and Muslim states is driven by a distinctive perspective. Concrete interests play a major role, but Chinese preconceptions are as important in framing how China pursues those interests.

First, China holds the belief that the legacies of the non-aligned movement remain relevant. To illustrate, China remains convinced that championing the Palestinian cause still curries favor with Arab countries. China also continues to adhere to anti-Western maximalist/idealistic principles of conflict resolution. Hence, China’s initiatives to resolve conflicts are “neat” multi-point principles that seem out of context to all other actors—in addition to the now-irrelevant eight-point plan for Afghanistan, it has also spelled out four-points for resolving the Israeli-Palestinian conflict and a four-point plan to resolve Syria. None of these plans or initiatives have had any real impact to date, but they do help characterize China’s self-view of its role in the region.

Secondly, Chinese policy elites respect nations with a rich historical legacy, contributing to its view of Iran as a regional stabilizer. Beijing believes that Iran’s Persian ethnic and historic ties make it influential in Afghanistan. According to Iranian reports, China used the pretext of the Afghan crisis to secure Iran’s admission into the Shanghai Cooperation Organization (SCO), explaining that the situation in Afghanistan requires “Iran’s full cooperation to resolve.”

Against this backdrop, senior Chinese experts are seriously entertaining the idea that China could lead an axis of influence stretching from Pakistan and Afghanistan to Iran. They also now attach the highest possible significance to the 25-year $400 billion deal with Iran, announced in March of this year. Analysts recently claimed that the partnership, “showed that the U.S. could do nothing” and the arrangements permitting the use of the digital yuan, expected to be the currency of trade with Iran, “have shaken the United States, because the U.S. hegemony mainly depends on the international currency of the U.S. dollar.”

International experts and officials are right to question the premises of China’s approaches. To say that the historical Persian ties to the various tribes in Afghanistan position Iran to resolve the crisis is to misread the local culture. Likewise, the deal with Iran has not made a noticeable impact on the U.S. global posture. In fact, most Iran experts would question Iran’s willingness to be part of a Chinese axis or actively protect Chinese interests in Afghanistan.

Yet China’s misconceptions regarding the Middle East and Afghanistan have produced few negative repercussions so far because China is yet to play a direct role in managing Middle East crises. Instead, China has enjoyed friendly relations with its Middle East partners, who seek to please their monopsony energy client and generous investor by endorsing China’s “policies” towards its Uyghur minority while remaining quiet about Chinese misconceptions.

Either way, the Taliban’s control of Afghanistan may well become a game-changer for China’s Middle East policies as well as its standing in the region. How it secures CPEC, prevents cross-border terror, and manages the new challenges presented by the Afghan theater will reverberate well beyond its borders. As Beijing fills the power vacuum left by the United States, lessons in Afghanistan could have notable influence on how Beijing expands its presence in the Middle East—how it engages Iran and balances relations with the Sunni states. One way or the other, China’s Afghanistan experience will have direct bearing on its policies and positions in the broader Middle East region.

This article was originally published by the Washington Institute and is republished with permission. To read the original article, click here.