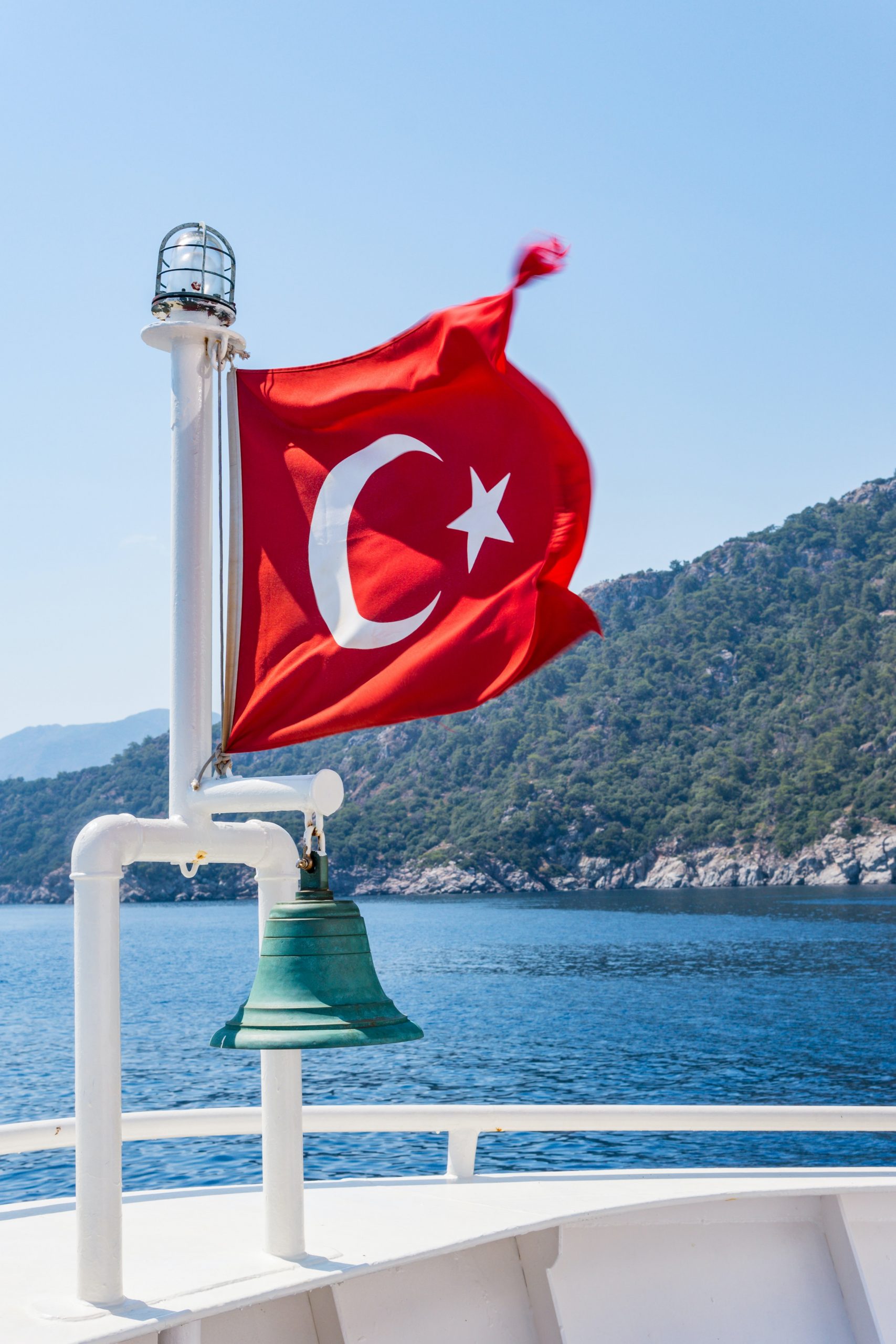 SIGNAL Fellow, and guest writer for the SIGNAL Note, Hay Eytan Cohen Yanarocak explains the reasons for the ongoing talks between Turkey and Israel to restore full diplomatic relations. As two key nations on the developing Belt & Road initiative, the impending reestablishment of full diplomatic relations bodes well for cooperation with China on developing both the land belt and the maritime road. The following essay was written by Mr. Yanaorocak who accompanied SIGNAL Founder/Executive Director, Carice Witte to Beijing, Shihezi and Kunming as part of SIGNAL’s delegation in September 2015. Mr. Yanarocak is a Junior Researcher at the Moshe Dayan Center at Tel aviv university. This essay was first published in its Tel Aviv Notes.

Israel and Turkey are close to reestablishing full diplomatic relations, which were severed during the Mavi Marmara flotilla crisis in 2010. This reconciliation is part of Turkey’s foreign policy recalibration under the Justice and Development Party’s (AdaletveKalkınmaPartisi – AKP) new Prime Minister BinaliYıldırım.

Since 1949, Israel and Turkey have enjoyed good, and even intimate relations. However, the quality of the relationship was always linked to the vicissitudes of the Israeli-Arab conflict. For example, in December 1991, following the start of the Oslo peace process between the Israelis and the Palestinians, relations between the two countries were upgraded to the ambassadorial level.

During the 1990s, Israeli-Turkish relations benefited from strong military ties. The Turkish military (TürkSilahlıKuvvetleri – TSK), which was an influential actor in domestic politics during those years, was engaged in a fight against the Kurdistan Workers Party (PartiyaKarkeren Kurdistan – PKK) at the time and viewed the prospect of upgrading relations with Israel as an opportunity. The Turkish generals pushed the civilian government to improve relations with Jerusalem in order to acquire new weapons, which were not available from the Europeans and the Americans due to human rights concerns relating to the conflict with the PKK.

During RecepTayyipErdoğan’s second term as prime minister (2007-2011), the nature of Turkey’s relationship with Israel changed. The Turkish military was removed from the political arena as a result of the Ergenekon investigation (2007), which implicated many high ranking generals in an alleged plot to organize a coup against the AKP government. The marginalization of Turkey’s military in domestic politics during Erdoğan’s second term meant that Israel lost its most important political ally in Ankara. Moreover, Erdoğan’s peace process with the PKK, which began in 2009, further reduced Ankara’s need for Israel’s military support.

The real shift in Turkey’s relations with Israel took place in late 2008-2009, when Israel’s offensive against Hamas forces in Gaza, “Operation Cast Lead,” erupted in the middle of the Turkish-mediated Israeli-Syrian peace negotiations. Turkey viewed the military operation, about which it was not informed in advance, as act of bad faith by Israel. The resulting rupture between Turkey and Israel was publicly exposed during a World Economic Forum panel at Davos in January 2009, in which Prime Minister Erdoğan stormed offstage following a heated exchange with Israeli President Shimon Peres. Relations between Turkey and Israel steadily deteriorated, with Erdoğan’s hostile rhetoric directed at Israel in support of the Palestinians reaching its peak in May 2010, when nine Turkish citizens were killed when the Mavi Marmara flotilla attempted to break Israel’s maritime blockade of the Gaza Strip. After this incident, the two countries sought reconciliation under the auspices of the United Nations, which led to the Palmer Report (2011). Having declared the Israeli blockade legal, the conclusions of the UN report led Turkey to downgrade ties with Israel. Turkey substituted a chargé d’affaires for its ambassador, cancelled bilateral military agreements, provided legal assistance for the flotilla victims’ families, pressured Israel in the international arena to end the Gaza blockade, and, lastly, secured the right of naval navigation in the energy-rich eastern Mediterranean, which was not tested.[1] Simultaneously, Turkey officially announced three demands to restore full relations with Israel: a formal apology; financial compensation for the flotilla victim’s families; and an end to Israel’s blockade of Gaza.

Turkey’s first demand was met when Israel issued an apology following U.S. President Barack Obama’s mediation in early 2013; however, Israel did not meet Turkey’s other demands. Nevertheless, Israeli Prime Minister Binyamin Netanyahu’s apology managed to reopen the channels of communication between the two sides. Yet Turkey’s unwillingness to compromise its position with respect to its demand that Israel end the blockade on Gaza led to a diplomatic stalemate. The situation deteriorated again more recently when Israel demanded that Turkey end Hamas’ operations in Turkey. In retrospect, it appears that Israel’s demand was intended as a negotiating tactic to induce Turkey to withdraw its demand that the Gaza blockade be lifted. Indeed, it appears that the current reconciliation will not lead to Israel lifting the blockade. Instead, Israel has agreed to allow Turkey to construct a desalination facility, a power plant, and a hospital in Gaza. Turkey’s government will use these new projects to market the reconciliation as a victory for Turkish foreign policy. The Turkish newspaper Hürriyet already crowned the “Gaza Peace” as a win for Turkey because “all sine qua non Turkish demands were met.”[2]

Turkey’s decision to reconcile with Israel is the result of Turkey’s regional isolation. It should be viewed as an implicit acknowledgement that former Turkish Prime Minister AhmetDavutoğlu’s neo-Ottoman foreign policy had failed. Davutoğlu’s policies were predicated on using Turkey’s Ottoman legacy to maximize Turkey’s soft power in the Middle East. In other words he sought to deepen Turkey’s ties with Muslim Arab states in the region, politically and commercially. To pursue this ambitious project he even designed a joint visa regime named “Shamgen,” which was inspired by the European Union’s “Schengen” open-borders policy.[3] In the immediate aftermath of the “Arab Spring” his plans appeared to succeed in Tunisia and Egypt, which were in the hands of sympathetic Islamist leaderships. However the counter-revolution in Egypt and the reduction of influence of the Islamist Ennahda party in Tunisia, along with Turkey’s failure to oust Bashar al-Asad in Syria, led to Turkey’s regional isolation.

Initally, President Erdoğan’s spokesperson, İbrahim Kalın, tried to put a positive spin on Turkey’s isolation by referring to it as “Precious Loneliness” (DeğerliYalnızlık). According to this explanation, Turkey chose to readjust its foreign policy in accordance with its Islamic-moral values, which inevitably led to downgrading its relations with “immoral states.” According to this logic, Turkey could not normalize relations with Israel, which had carried out three military operations in the Gaza Strip. It also could not build relations with President al-Sisi’s Egypt because he had removed the Muslim Brotherhood from power. And it certainly could not restore relations with Bashar al-Asad, who was in the middle of a bloody civil war in Syria.

Furthermore, when the Turkish military shot down a Russian fighter jet that violated its air space in November 2015, Turkey’s relationship with Russia became adversarial. Turkey purchased more than 54 percent of its natural gas for electricity from Russia, and the confrontation with Russia in the aftermath of the incident over the jet forced Turkey to contemplate how it could diversify its supply of natural gas. In addition to signing an energy treaty with Qatar,[4] Turkey began to consider Israel as an alternative source of natural gas.[5] Turkey also saw Israel’s military technology as a solution to a new problem it was facing. When Russia deployed its S-400 anti-aircraft missile systems to Syria and closed Syrian air space to Turkish jets in the aftermath of the November incident,[6] Islamic State forces began to launch Katyusha rockets across the Turkey-Syria border, targeting the city of Kilis and killing 21 Turkish citizens.[7] Unable to retaliate from the air as a result of the Russian anti-aircraft systems, Turkey was forced to evacuate the city and rely entirely on crude artillery barrages to counter the IS rockets. As a result, Turkish decision makers began to see Israel’s Iron Dome missile defense system as an alternative solution to this problem.

Another reason for Turkey’s isolation and its decision to reengage Israel was the end of the government’s efforts to engage the PKK in a peace process, which broke down in the summer 2015. As fighting renewed between Turkish security forces and the PKK, Ankara decided to open the İncirlik airbase to the anti-IS coalition, in part, to mitigate criticism from the West. Turkey’s war against the Kurds in Turkey and its more active role in the war against the IS turned Turkey into a theater of complex terrorist attacks by the IS and the Kurdish militants that resulted in a large number of civilian casualties.

As the war against the PKK escalated during the first half of 2016, Turkey’s security concerns grew when the PKK downed a Turkish Cobra helicopter in May 2016 with a Russian-made portable air defense system (MANPADS).[8] For the Turkish military, which uses the Cobra helicopters to fight the Kurds in the mountainous topography of southeast Turkey, the PKK’s attack was a further indicator that it needed Israel’s unmanned air vehicles (UAV). Despite Turkey’s efforts to manufacture its own UAV, “Anka,” it was still not ready for combat operations, and hence the need for Israeli technology.

The main architect of Turkey’s failed foreign policy, AhmetDavutoğlu, was ousted by President Erdoğan in May 2016. The new Prime Minister BinaliYıldırım is known as an Erdoğan “yes man.” Yıldırım recently declared that under his administration Turkey would do everything it could to put an end to hostilities with Israel, Egypt, Syria, and Russia.[9] Making Yıldırım as the front man for this effort, instead of Davutoğlu, was an attempt to increase Turkey’s room for maneuver. Despite this change, Davutoğlu’s ouster should not be interpreted as an abandonment of the AKP’s neo-Ottoman approach to Turkey’s foreign policy. The architect of “Precious Loneliness,” İbrahim Kalın, is still in office. Therefore, Yıldırım’s remarks and Turkey’s efforts to reset its relations with Israel should be viewed as a pragmatic adjustment to the changing security environment. In other words, Turkey could not afford to cling to its ideal of “Precious Loneliness” while facing regional isolation and a confrontation with Russia. Thus Turkey find itself reluctantly pushed back into Israel’s arms by changing regional circumstances and its own foreign policy missteps during the past five years.