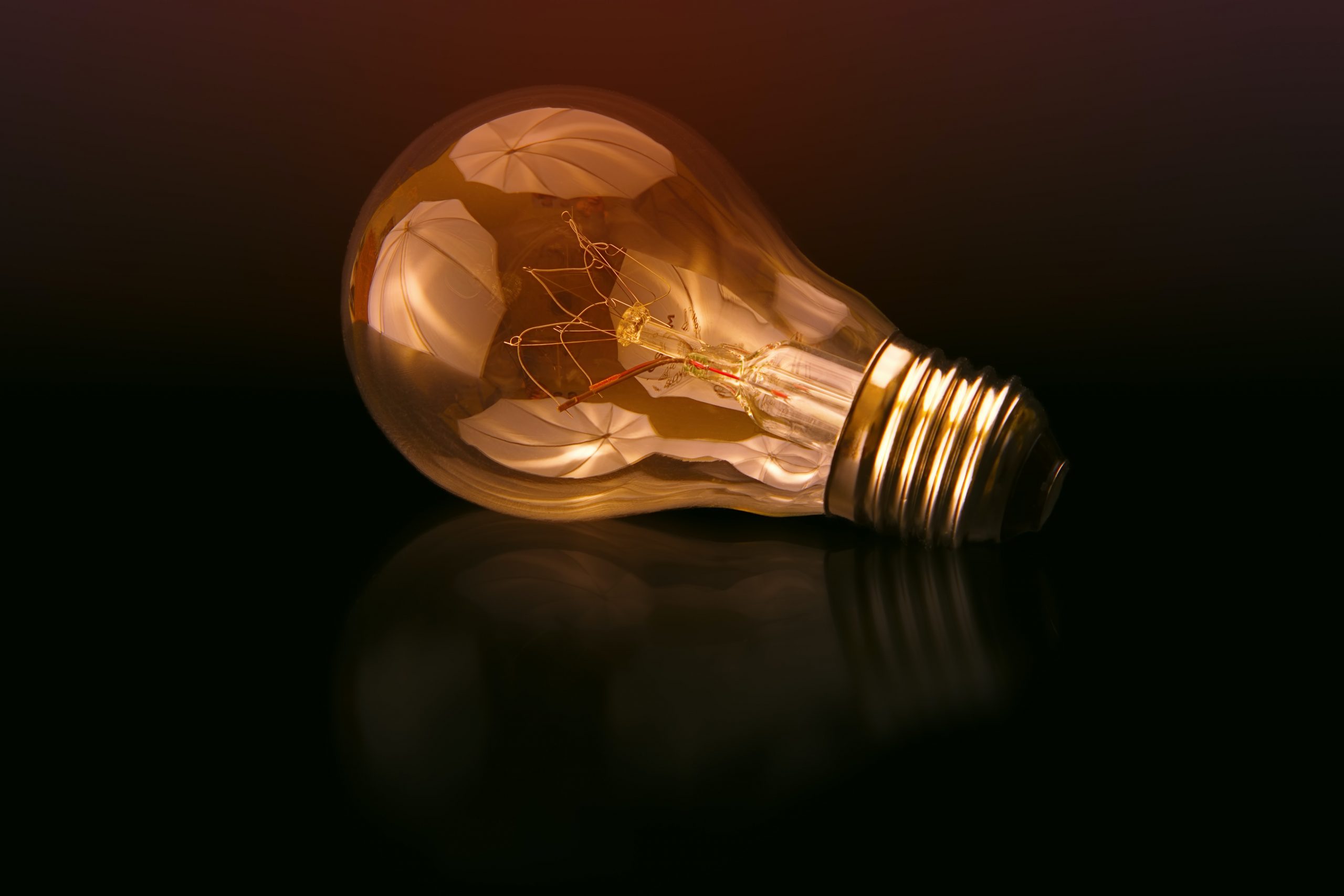 As the nation of Israel was being formed, one of its founders, David Ben Gurion, fashioned the fledgling State of the Jewish people to be an endless source of scientific and technological innovation to benefit the Middle East region and the world. Even before becoming Israel’s first Prime Minister, Ben Gurion acted as an unwavering beacon for sustainable development as well as domestic, industrial, and agricultural capacity in the pre-state period. Devoid of natural resources, Israel could not contribute energy or minerals. The desolate land was mainly barren. Ben Gurion envisioned a State driven by ingenuity and its ability to overcome adversity to prove its rightful place in the pantheon of nations by making a valuable contribution to the surrounding societies.

Understanding how Israel became the High-Tech powerhouse it is today, requires an appreciation of Ben Gurion’s foresight and sheer will. An examination of Ben Gurion’s early plans and policy in relation to the current innovation tack of the Jewish State, reveals how the vitality of top-down instruments of government can promote holistic innovation from any and every sector.
Ben Gurion’s vision for the vitality and vindication of the Jewish people in the State of Israel leaned heavily on promoting sustainable development. The encouragement of pre-state institutions focused on scientific R&D, military technical advancements combined with the pure tenacity of the state’s early pioneers laid the foundation for the innovation epicenter of modern Israel. The policies, programs, and philosophy which drove Israel’s early understanding of the importance of innovation were more often than not the personal directives of David Ben Gurion. Through his role in the Histadrut1 , the Jewish Agency2, and political leadership during Israel’s first three decades as a State, Ben Gurion definitively shaped the face and form of Israeli scientific R&D. As a direct result of Ben Gurion’s obsessive pursuits, Israel has time and time again overcome its geostrategic, economic and technological hurdles, establishing what is today one of the most technologically advanced startup innovation centers in the world.

David Ben Gurion correctly assessed that the only way Israel would be able to survive would be to utilize its intellectual capacity to overcome its resource shortcomings. In 1955, 7 years after the declaration of statehood Ben Gurion astutely reflected:

“In our generation, perhaps the greatest revolution ever known to humankind is taking place: the revolution of the human control on the might forces of nature, the forces of the atom, the conquest of the air and space and unfolding the mysteries of the universe. We cannot match the other nations in strength, wealth, size or material but we are also not inferior to any other nation in our intellectual and moral abilities.

As the most advanced nations in the world, we must take scientific research, be it basic or applied, to its highest peak, not as the privilege kept to the genuine or single individuals, but rather as the right of the masses, kept to the creators and the building of the land, science shall be in the use of the economy and the culture that shall create in this land and it will be utilized for advancing agriculture, industry, construction, education and health.

This is the single largest legacy left to us by the Jewish history marked by suffering, grief and courage. Every deed that shall be done in body and in spirit to the fortification of our security, the expansion of our economy, the education of our sons and daughters and for absorbing immigrants, will be based on the conclusions, principles and the supremacy of basic and applied science and on the most advanced and sophisticated technology.”3

Ben Gurion understood that in order to survive, the Jewish state must shift the traditional pattern of development and create an Innovation Economy4. While the modern strategic thinker may view this approach as part and parcel of 21st century development, Ben Gurion laid the seed in the early 20th. Faced with stark adversity from its inception, the new yushuv5 quickly realized that innovation and creative thinking were essential in keeping people alive, let alone ensuring long term sustainability and prosperity. In his role as general secretary of the Hisdarut from 1935-1948, Ben Gurion was at the forefront of setting policy, ingraining philosophy, and building national institutions which would heavily influence the future face and nature of the state- in terms of industrial and scientific production as well as domestic agricultural capacity.

In 1951 Ben Gurion identified the correlation between industry and national viability.

“We shall not exist without widespread industry and high technical capacity. Every industry is of value to security requirements, and this is particularly the case with certain basic industries in the establishment and expansion of which we are engaged. Industry provides a spacious field for the private enterprise of individuals, companies, co-ops and kibbutzim, but security requires that the state should engage in state initiative in basic industry. The government has to promote certain industries either with or without private capital for security is impossible without them.”6

Without a diverse and nationally supported economic ecosystem, Israel would quickly lose its basic security leaving it vulnerable on multiple fronts. In appreciating what could realistically drive Israel’s industrial pursuits Ben Gurion realized that:

“The fusion of statesmanship and science… is a pointer of things to come in the making of our sovereignty and security; the in gathering of exiles, the building of our land, the ensuring peace of our people and our future. For these things will call not only for political and economic effort but no less for the conquest of spirit and of science.” 7

Turning philosophy into pragmatic policy, innovation and scientific R&D became cornerstones of Israeli development. Regarding core strategic matters like water security, the Jewish state took an extremely forward-thinking approach to promote R&D8through keystone programs like the national water carrier. “In 1951, Ben Gurion made the decision to begin laying the water carrier, a decision that stemmed from two main aspirations: the founding of a modern society on the foundation of advanced technology, and the desire to disperse the population throughout the country, including the Negev. The laying of the water carrier began in 1953 and ended in 1964. The project cost 420 million Israeli lira 9, and more than 4000 10 workers took part in it.”11 Through creative thinking and a long-term vision, Ben Gurion led Israel onto the path of water sustainability for years to come. However, amid a growing population and increased agricultural demand, conservation alone would not be enough to ensure Israel’s survival. In 1955, Ben Gurion publicly stated, “Israel requires the study of Desalinization, massive utilization of solar energy, preventing waste of useful rainwater and maximization of power from wind turbines’. Ben Gurion’s vision has been realized by Israeli technology which led Israel to become a world leader in water resource management and water-related technologies.”12 In understanding the need for new and creative approaches to water management Ben Gurion became an early champion to the cause.

According to an Israeli expert,
“He [Ben Gurion] was the first to notice the water shortage and the impact that it would have on the geopolitical situation.” The expert also said that “Ben-Gurion understood that we could not afford to rely on our neighbors, so he figured that a portion of our water needs could be met through dams that collected rainwater, and the rest could be met through desalinating salt water.” Indeed, Ben-Gurion ordered that a government committee be established to handle the water issue. The committee was comprised of water and electric company representatives and the chairman of the American Electric Power Company. The first water desalination plant was established in Eilat in the mid-1960s. 13

The Essence of Innovation is a catalyst for change
“From 1948 to 1973 Israel enjoyed almost uninterrupted rapid growth with an annual growth rate of 9%, and with GDP increasing tenfold since independence. This remarkable economic feat was achieved even as the state, led by the socialist labor party, was firmly committed to full employment.”14To sustain multiple decades of rapid growth, massive immigrant absorption and ever-present security threats the State of Israel, and its early leadership chaired by David Ben Gurion formulated a new ethos outlined in the March 8, 1949, speech known as ‘Ben Gurion’s basic guidelines.’ In his assessment of the core tenets of Israel’s future expansion, Ben Gurion identified three key components. The first was the importance of Jewish diaspora support. The second was the utilization of science and technology in achieving national and economic development objectives. The third critical factor identified by Ben Gurion was the creative and pioneering force that beats in the hearts of the youth. 15

Once again, Ben Gurion put policy into practice when he helped form the Council for Higher Education in 1958. Creating a broader organization to implement curriculum and educational standards enabled the Jewish state to promote a course of study conducive to innovative thinking and creative approaches to solving everyday problems. In a similar fashion, Ben Gurion came to realize that “the Jewish state will not be able to develop the land on a large scale or absorb a great immigration if science will not permeate our life. If the highest attainment of science and technology will not be a foundation for our agriculture & industry…” 16

Laying the foundation for the Desert to Bloom
Israel has in large part become the dynamic innovation powerhouse it is today because of the progressive policies, insightful philosophy and the enduring hope of its early founders- David Ben Gurion chief among them. Through the exceptional vision of Ben Gurion, Israel laid the pre-state institutions essential to promoting scientific R&D early on. From the declaration of statehood, Israel, under Ben Gurion’s wing, promoted educational policies to breed interest in STEM. To best capitalize on the educated masses, the State directed its military to demand creative thinking, expecting the most from its youth, cultivating innovative thinkers and pragmatic tacticians. In building University-Government partnerships in the sciences, Ben Gurion encouraged state assets to ensure Israel had new strategic capital in the future.

The Israeli government ensured that university level innovations would meet domestic needs and would reach the global market, by establishing the ministry of economy, innovation authority, and office of the chief scientist. All were established with the explicit aim of encouraging risk, product development, and innovative approaches to solving global problems. Israel became the Start-up nation by forming a holistic ecosystem that catalyzed the unique skill-set of its people to overcome the practical limitations of geography and politics.

David Ben Gurion’s visionary innovation was understanding how to build the societal parameters to create a self-sustaining system of scientific and technological R&D development supported at all levels of government. When China and BRI nations look to Israel as they form their own vision of innovative development on a national scale, the critical lessons from Ben Gurion may serve as an essential point of reference. Specifically, driving self-sustainability and domestic production through domestic innovation and R&D supported at all levels of governance.

The Israeli Innovation Series
In the coming weeks, the SIGNAL Note will look at the Israeli culture of innovation and what drives the so called ‘Startup Nation’ in a special 5 part series:

The series aims to illustrate a 70-year old narrative, illuminating the core factors that have proven essential in facilitating Israeli advancements in scientific and technological innovation. It will also introduce key personalities who helped build the R&D culture of the Israeli economy.

PrevPreviousAn Interview with Dorian Barak, CEO of Indigo-Kuangchi
NextInnovation for each New Era – How the Israeli Gov’t turned the desert into the Startup Nation by creating a domestic Innovation HubNext